My love of podcasts has been mentioned many times on this blog.  I continue to find new shows I love and it seems only fair to share them with you.  Feel free to link your favorite shows in the comments below! 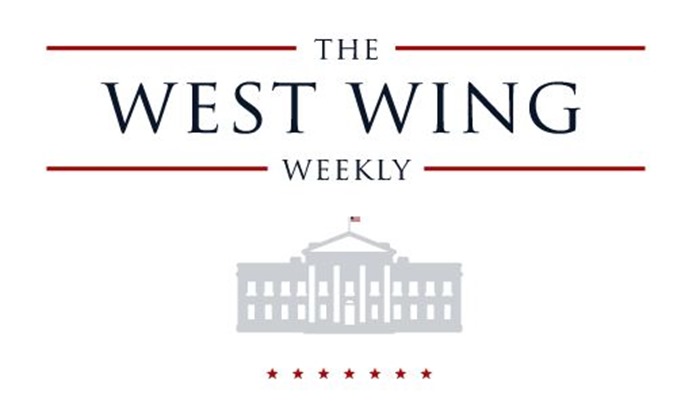 I was relatively late to the West Wing fan club, but I did finish watching all of the episodes at some point last year and love the show.  I was super excited to hear that Josh Malina (who plays Will Bailey on the series) and musician/podcaster Hrishikesh Hirway were planning to do an episode by episode discussion of the show.  So far the podcast is up to episode 5 and actors and writers have been featured as guests.

The Longest Shortest Time – “the parenting show for everyone”

I really do feel like this show is for everyone.  As someone with a lot of friends with kids and someone who works with teenagers on a daily basis, I’ve found the episodes I’ve listened to very interesting and I downloaded a bunch of the back catalog.  So far I’ve heard episodes about a child with sensory issues (episode #55), an interview with the author of the new Spider-Woman comics – in which Spider-Woman is pregnant (episode #76), and a great discussion of bragging verses judgment (episode #31).  The latest episode is Terry Gross talking about not having kids, which I’m very interested in listening to.

I’m not really a classic film fan, but this podcast brings to light the real lives of the people behind some of the most famous movies.  So far I’ve learned how Norma Jeane became Marilyn Monroe and why Judy Garland continues to have such a strong “afterlife” in pop culture and I have 14 episodes from the archives downloaded to my phone.  Of particular interest are the “Star Wars” series, which discuss the activities of movie stars during war times and a multi-part series on blacklisting in Hollywood.  The whole show is written, narrated (with occasional guests), recorded and edited by a single person – Karina Longworth – which makes the show even more awesome.

Listen While You Work: My Favorite Podcasts For Wo...
Did you enjoy this post? Share it!
« Vegetarian Loaded Baked Potatoes
Highlights: Recipes for Spring–Asparagus, Ramps, Peas and More »