Last night I had the opportunity to check another item off my 101 in 1001 list.  Along with five other couples from our church, we went to see James Taylor perform at Tanglewood.  For those not familiar, Tanglewood is an estate and music venue in Lenox, Massachusetts that is the summer home of the Boston Symphony Orchestra and host to a series of concerts featuring a variety of different performers throughout the season.  I’ve been saying that we should go since I moved to western Massachusetts, so when our friends asked us to join them I jumped at the chance.  James Taylor is an annual performer at Tanglewood and it seemed like the perfect opportunity to go. 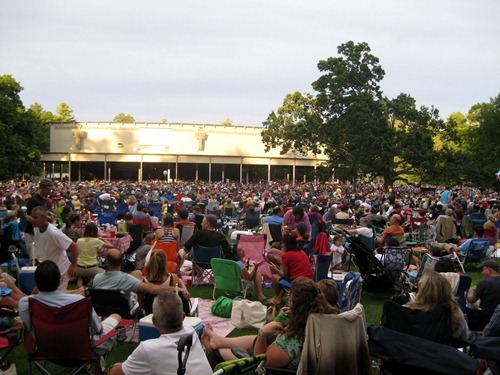 We purchased lawn seats and, along with thousands of other people, arrived early to claim our space and set up our meal.  Everyone brought different dishes to share (I contributed Giada’s Mediterranean Salad and brownies) and everything was really delicious.    Despite it being hot earlier in the day, the sky turned overcast shortly after we arrived and it was actually fairly cool out.  The concert was really nice, though I confess to being much more attentive during the first half.  Our spot on the lawn was pretty far from the performance shed, but Brian and I wandered closer to catch a glimpse of James Taylor on stage.  As the night got darker, it became easier to see James on the large projection screens. Even though there were tons of people, the sound quality was excellent.  Tanglewood was exactly what I expected and I had a really good time; I just love sitting outdoors, relaxing, enjoying great music with great friends.  Everyone at the show seemed so happy to be there.  I’m not sure we’ll make it down again this season, but I’d love to make Tanglewood concerts a regular event. 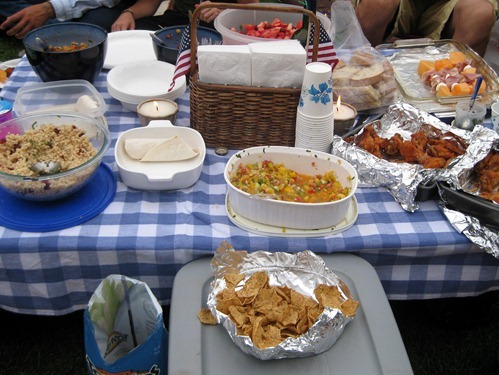 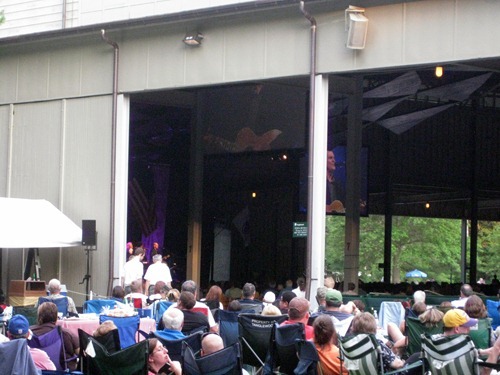 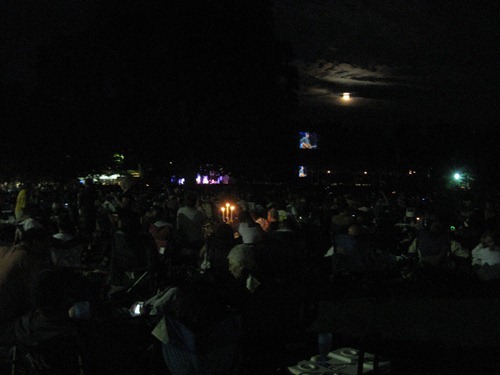 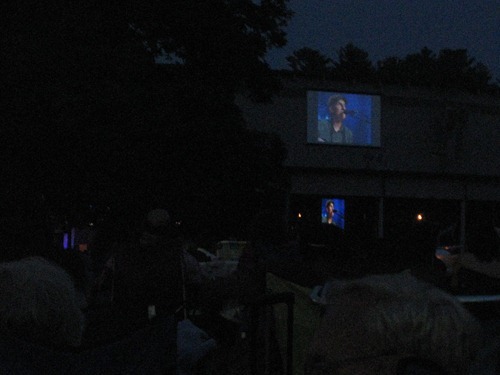