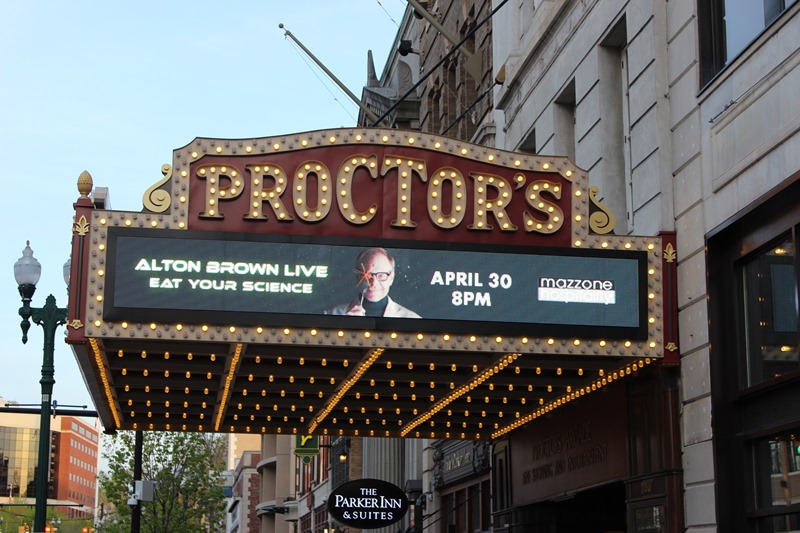 Last night, Brian and I had the opportunity to see Alton Brown live!  His “Eat Your Science” tour was stopping in Schenectady and we bought tickets way back in December.  There was so much to be excited for: a lovely date night out, seeing one of our favorite food personalities and experiencing our first show at Proctor’s.  Though Brian and I take in a decent number of local shows, they almost always involve people we know directly and I rarely leave the Berkshires to see an act.  But Alton Brown was someone we couldn’t resist making the trip for. 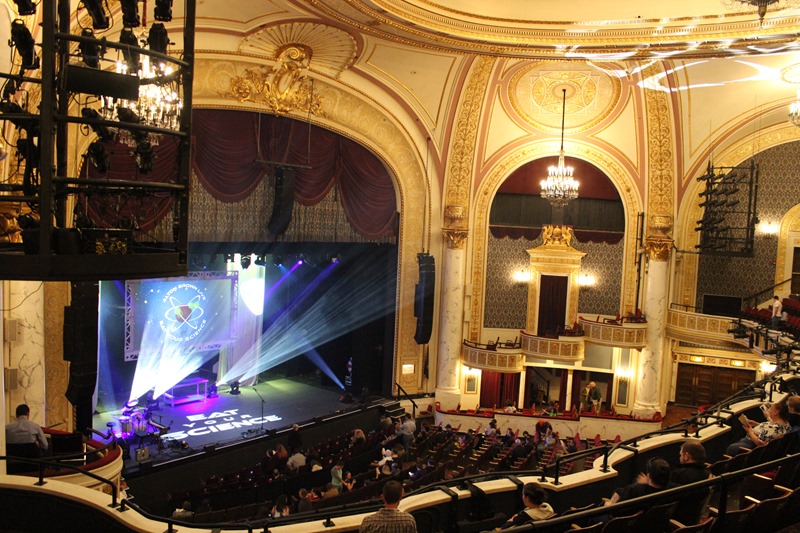 Proctor’s was even more beautiful than I expected.  The venue was easy to find, parking was free and the interior was amazing.  I really appreciated the number of staff/volunteers on hand.  We bought some of the cheapest seats available, which were up in the balcony, but our view was still great and I’d totally sit there again.  Just days before the show, we received the Proctor’s summer season catalog and there’s some good stuff coming.  Proctor’s really isn’t far from the Northern Berkshires and well worth the trip for the right show. 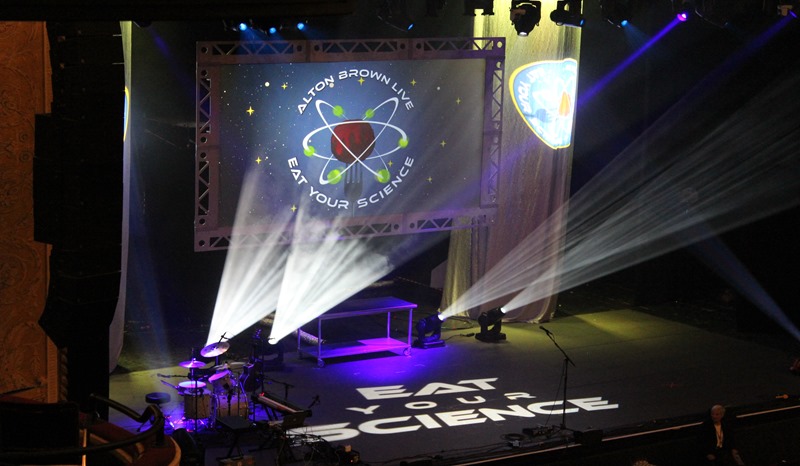 The show was mostly what I expected – and hoped for.  It was basically a three hour Good Eats episode, mashed together with Alton doing food-related stand up comedy and even a few songs.  Alton was funny and a little more adult than on his television shows, but seemed entirely like himself.  I don’t want to give away any parts of the show for others who may attend, but there was lots of whole audience and select volunteer participation – including a Q&A.  Laughter filled the auditorium throughout the show and we are so glad we went.  If you ever get the chance to see Alton live, go for it!

PS. Before the show Brian and I had an awesome meal at Aperitivo Bistro, where we split 4 small plates that were all fantastic.  See my review on Zomato here.

Did you enjoy this post? Share it!
« Highlights: Recipes for Spring–Asparagus, Ramps, Peas and More
Tofu Parmesan »