Almost a year ago, I published a post about the crowd funding that my sister and brother-in-law were doing for a board game café they wanted to open on Boston’s North Shore.  Since that time, they’ve run a successful campaign and spent the past several months trying to find a space and doing all the other work necessary to start a new business. 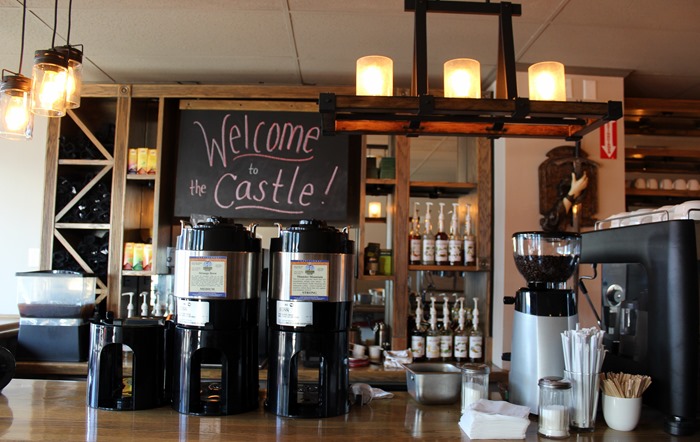 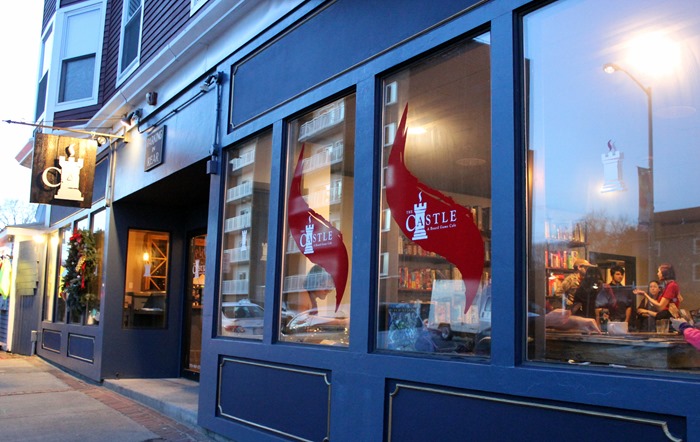 After months of hard work, the cafe is finally open!  Brian and I had the opportunity to check out The Castle: A Board Game Cafe last Saturday.  I was really impressed and so proud of everything that they have accomplished.  The outside of the building looks beautiful and I love the way their logo looks on the sign.  The Castle has a great location, less than a quarter mile from the commuter rail train station and in the midst of downtown Beverly. 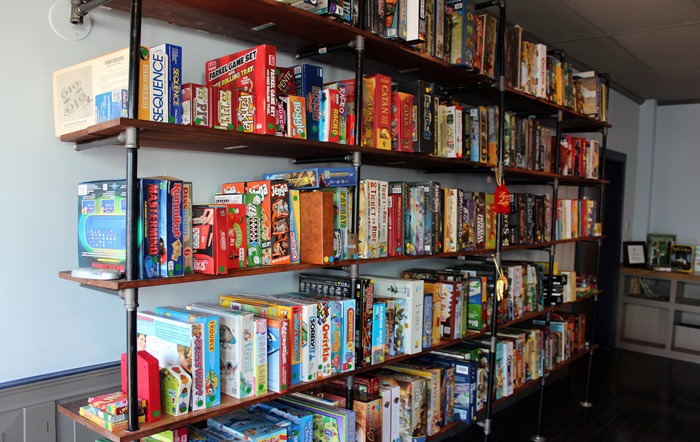 So far, The Castle has amassed over 300 board games to play.  There’s a $5 flat rate to play games, and customers are free to help themselves to whatever games they are interested in, take them to the table and play for as long as they like.  The games range from kids games to word games to classics to newer Euro-style games. 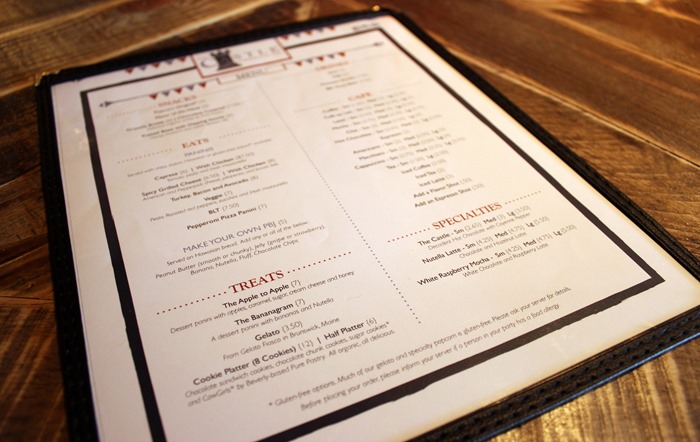 I was a bad food blogger on the day we went to The Castle, mostly because I was distracted by my adorable nephews and a couple of friends that we met up with.  Brian and I both enjoyed panini sandwiches that were good.  I really liked the mozzarella cheese on my veggie panini.  Later, he had The Castle spicy hot chocolate and I had a Nutella latte, both of which were delicious. 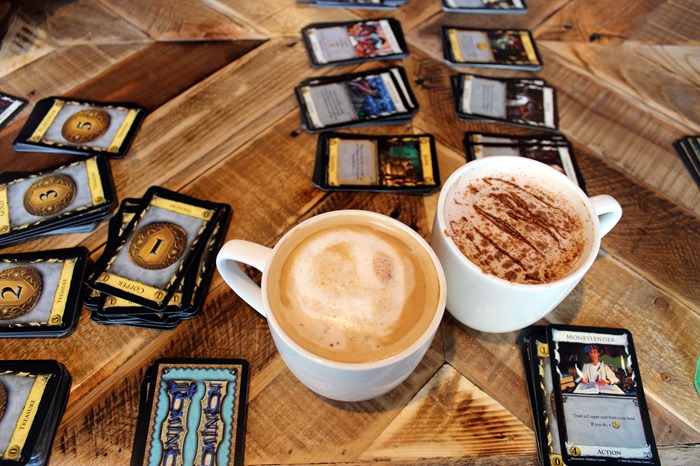 During our time at The Castle, we played a Finding Nemo game (at the request of my 5 year old nephew), Munchkin and Dominion.  I was really impressed with how busy the establishment was during the time we were there.  Just about every table was occupied for the duration of our four hours at The Castle.  It was fun to watch my sister and brother-in-law hurry around the place, keeping customers happy. 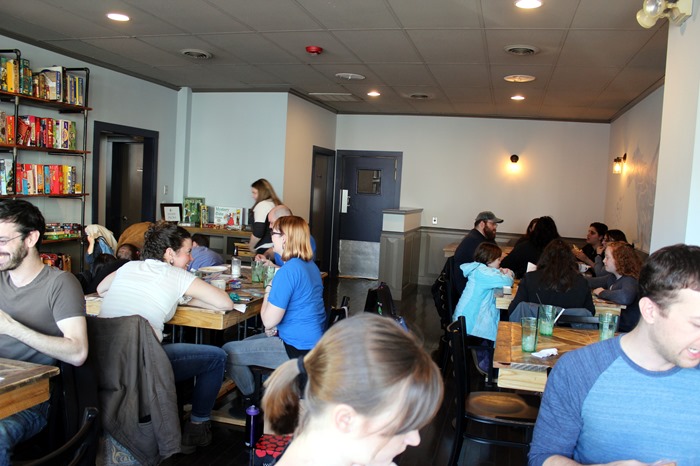 I had a great time playing games and it seemed that everyone else was as well.  The Castle intentionally doesn’t have wifi, with the goal of keeping people focused on the people they’re with.  It was amazing to be in a space full of people who were focused on each other and the games in front of them, instead of staring at screens.  I paused for a moment to Instagram a photo and felt really rude and conspicuous. 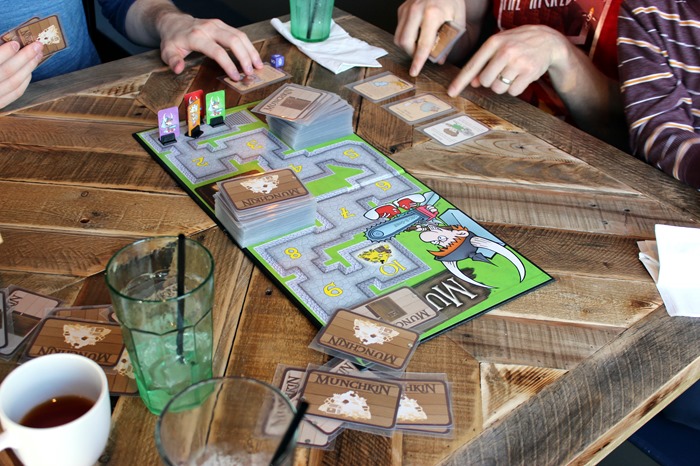 I am so excited to see what the future holds for The Castle.  I know my sister and brother-in-law are still working out all the details and getting into the swing of things, but if early indications are true, things are going to be awesome for The Castle.  If you find yourself on the North Shore of Boston, I strongly recommend you check it out.  The Castle is located at 240 Rantoul Street in Beverly.  I know we’ll be back as much as possible!