With Baby E nearing 6 months old, I feel like life is getting into a “new normal” and I’m finding a routine that makes sense again.  There are still lots of things in life that are going by the wayside – like blogging – but I’m feeling like my old life and my new life are beginning to meld together nicely.  I’ve been making an effort to get back to my old hobbies and participating in King Arthur Flour’s April Bakealong Challenge seemed like a perfect reason to get myself into the kitchen. 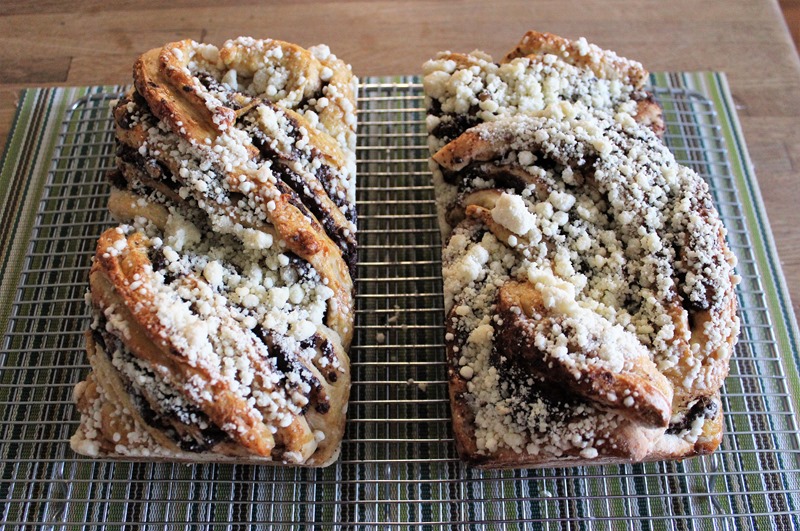 I hadn’t made one of the Bakealong recipes since October, before Baby E. I don’t think I even looked at what the recipes were for November, December, January, February or March.  I was thrilled that April’s recipe was Chocolate Babka – something I’d never made, but that looked manageable, didn’t require much active time and would definitely be something Brian and I would enjoy eating. 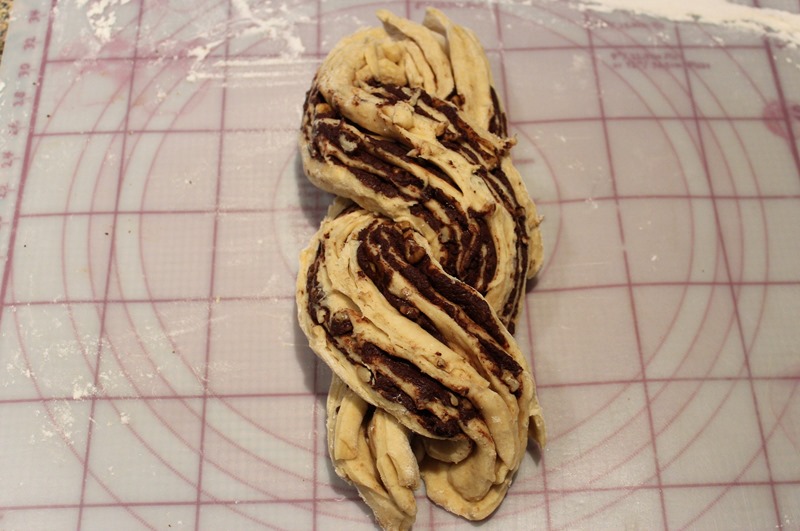 I only noticed the 4 hours 45 minutes time required for this recipe and not the fact that it could potentially take over six hours.  Making the babka wasn’t difficult (though the initial uneven appearance of my dough at the end of step one had me a little worried), but I definitely stayed up a couple hours past my bedtime to get it done.  Not the best idea when a baby may or may not let you sleep at night. I also felt like there was way too much topping; I’ll either make half as much next time or leave it off entirely. 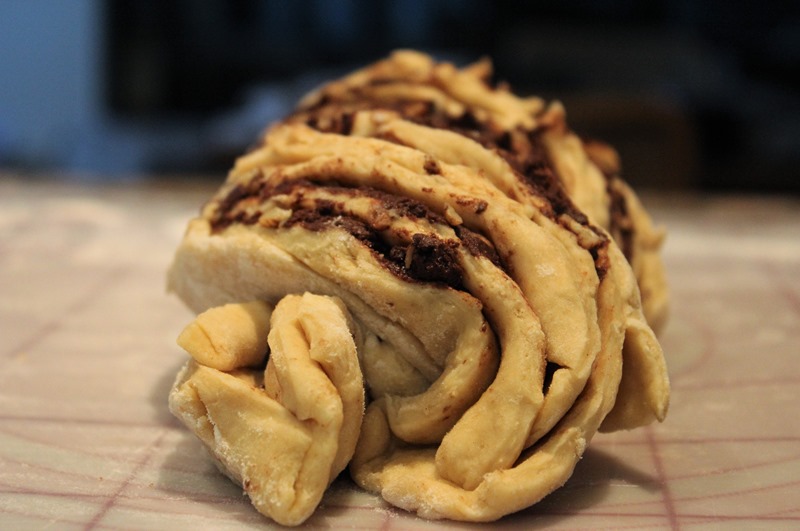 The results, however, were totally worth it and not at all damaged by the abundance of topping.  This is one of the best things I’ve baked in a long time.  The filling (I used semi-sweet chocolate chips, Hershey’s cocoa and chopped walnuts) is so rich, but the slightly sweet bread balances it out.  One of my loaves braided better than the other and my filling began to fall out of the braid, but after it was baked everything held together totally fine.  I appreciate that this recipe makes two loaves and I immediately froze one for later.  I plan to break it out for an upcoming weekend when my parents visit.  If you have a free day, I highly recommend making this recipe and I look forward to trying it again. 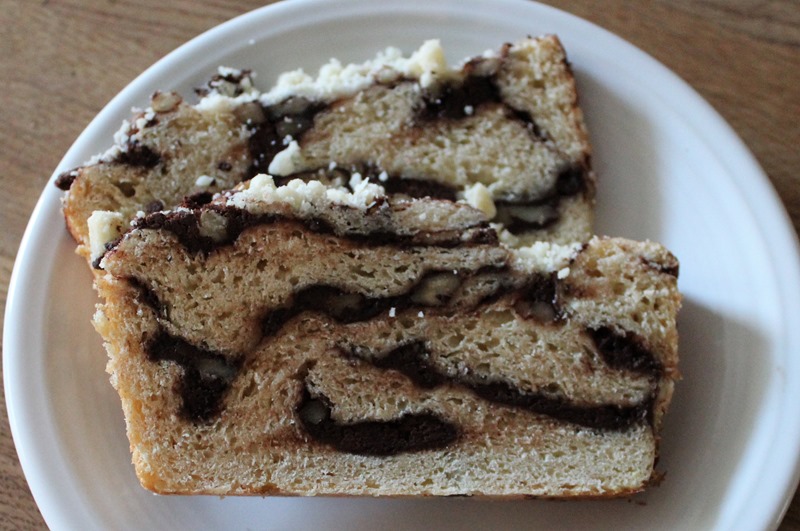