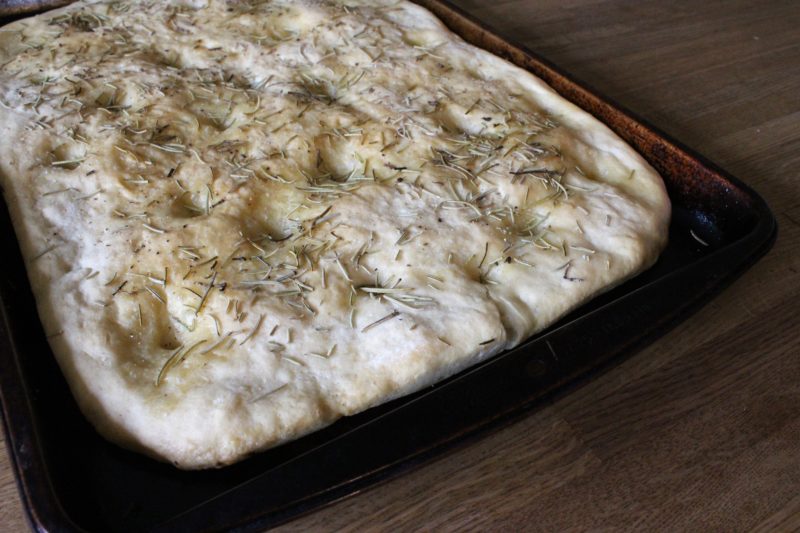 I am so grateful that the folks at King Arthur Flour chose something simple for the month of August.  When I discovered that this month’s Bakealong challenge was focaccia – a baked good I’ve made versions of before and would have no trouble consuming.  August has flown by for me and the schedule’s been pretty full, so it was nice to have such a straightforward – but still delicious – recipe to try.

For all the ease of this recipe, it is one of the most time-consuming ones I’ve completed.  The recipe lists a total time of about 19 hours, but as with many bread projects, most of that is hands off. 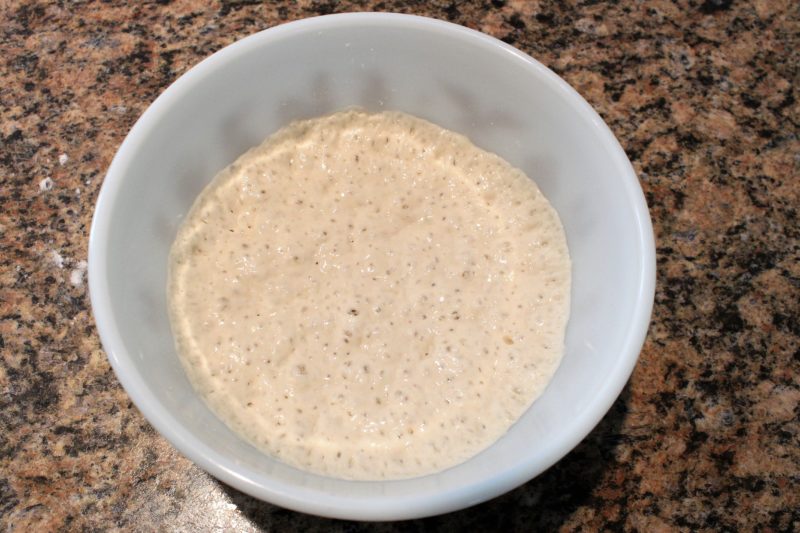 Last Sunday night, I mixed up the very simple starter recipe in my small Pyrex bowl, covered it with cling wrap and put it in a corner on my counter.  Late Monday morning (or early afternoon? I can’t remember.  It was definitely over the 14 hours recommended by the recipe), I added the starter to the rest of the dough ingredients in the bowl of my stand mixer.  The dough came together so well that reused the bowl for rising – removing the dough briefly so I could grease it. 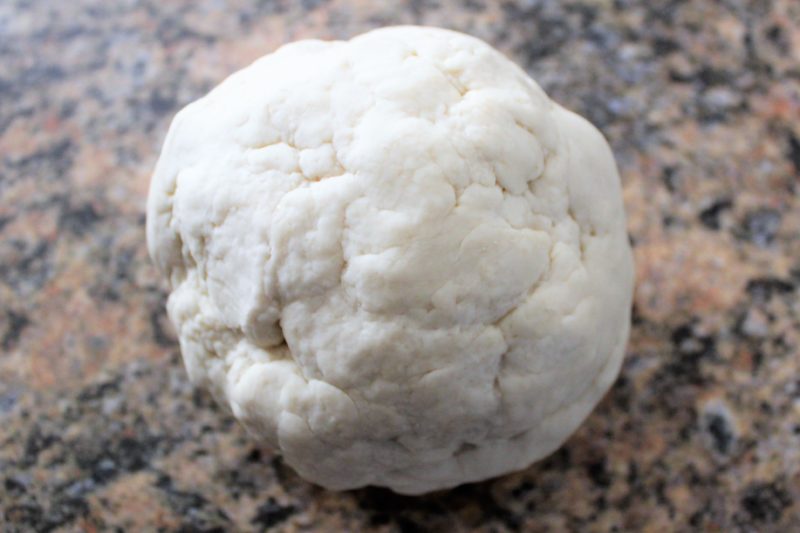 Though the double greasing (oil spray + olive oil drizzle) of the baking sheet seems excessive, I did it anyway.  I didn’t want to risk my bread sticking.  After rising in the bowl, I stretched out the dough to the size of the baking sheet and let it rise some more. I was pleasantly surprised with how easy it was to stretch without putting holes it in.  Then the focaccia got its trademark dimples, thanks to random finger pokes, and enjoyed one last rise. 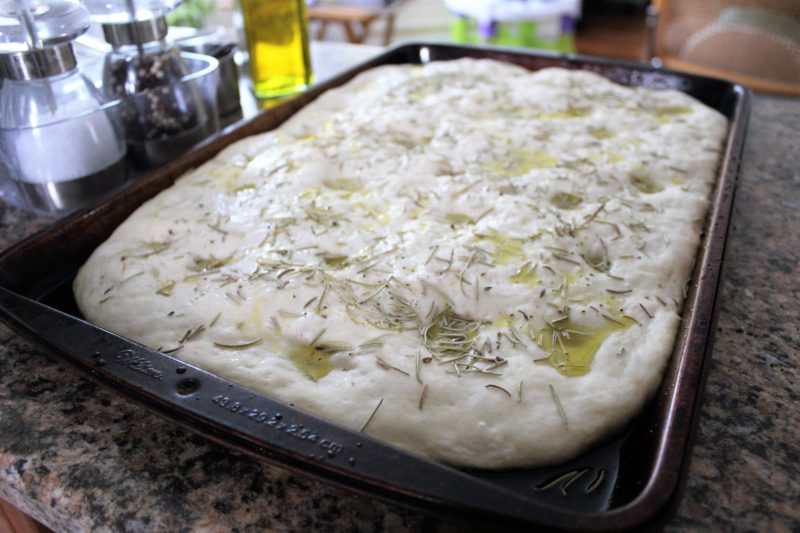 At this point in my baking process, it was time for me to be two places at once.  We just had a lengthy discussion about exactly where the other place was (it’s been a busy week), but at any rate, Brian finished up the baking. He also took photos, because he’s I’ve been a food blogger longer than we’ve been married and he knows photos are important.

Brian had no problems with the instructions – though I was just informed that he added extra oil in Step 9 so that all the dimples had some.  When I arrived home from wherever I’d run to, a beautiful focaccia was on the table waiting. 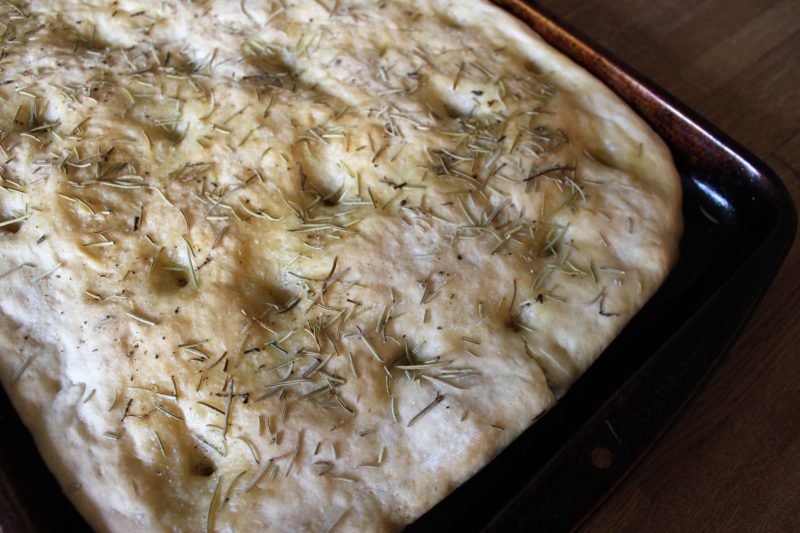 But it didn’t wait long after that.  As soon as I’d finished taking these pictures, we sampled the bread and it was fantastic.  The bottom was crispy and the amount of rosemary and oil was perfect.  I served it for dinner with eggplant caponata.  I’ll definitely be revisiting this recipe – maybe even on a weekday, if I know I’m going straight home after school one day. I’m especially excited to try out some different toppings. 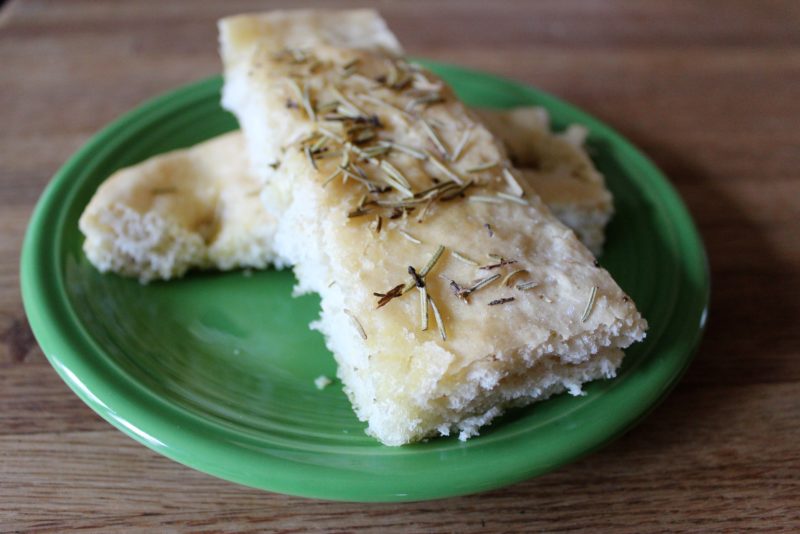 Each month, the folks at King Arthur Flour post a recipe and tips for the #Bakealong challenge.  Anyone is invited to make the recipe and share their creations on social media.  It’s a really fun way to try new things and be part of a community.  If baking interests you at all, you should join in next month.

Just a reminder, by way of full disclosure: I have no affiliation with King Arthur Flour and received no compensation for writing about Bakealong.  I’m just participating because I love to bake!