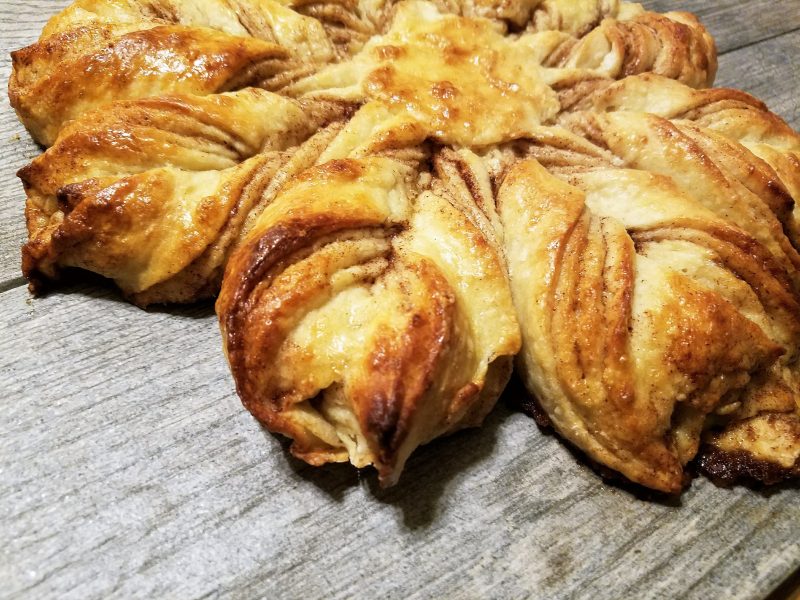 Each month, my goal is to make the King Arthur Flour Bakealong recipe early enough in the month that I can post about it and give you all the opportunity to make the recipe yourselves before the next month’s Bakealong challenge goes up.  Some months this goes better than others; this month, I’m once again posting on the very last day.

It’s not entirely my fault.  This month’s Cinnamon Star Bread was made weeks ago, but I kept putting off the post.  And last weekend, I opted to switch Relishments to a new web host.  It took a few days to complete the transition (especially since my site was harboring some suspicious code).  But now we’re all moved over and the only difference you should see is a site that works even better than before.

At any rate, I was all about trying it out this beautiful bread.  For one thing, the recipe included two odd ingredients I’d purchased previously for Bakealong recipes: mashed potato flakes and dry milk.  Nothing made me happier than having a reason to use them again.  Moreover, I very rarely use cinnamon in anything, but I tend to enjoy it when I do. 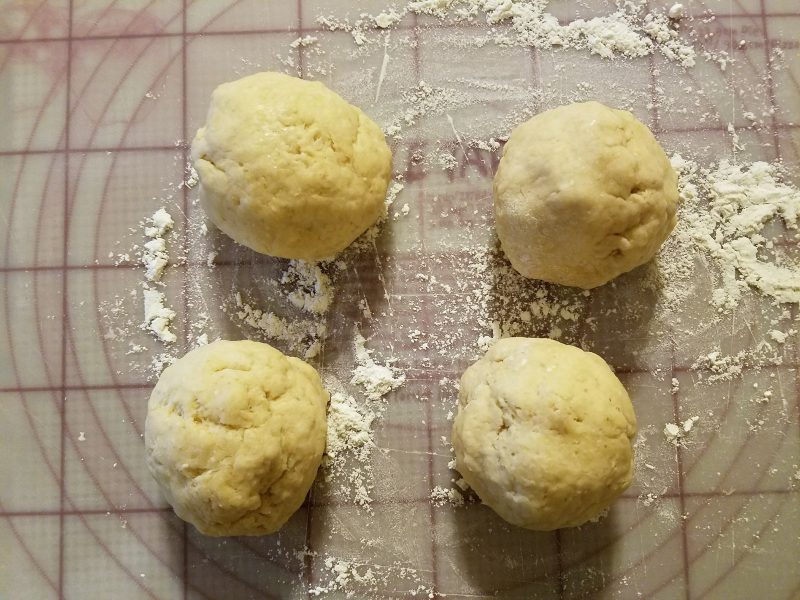 The dough came together well, though it didn’t rise as much as the recipe led me to expect.  I used my stand mixer to mix it. 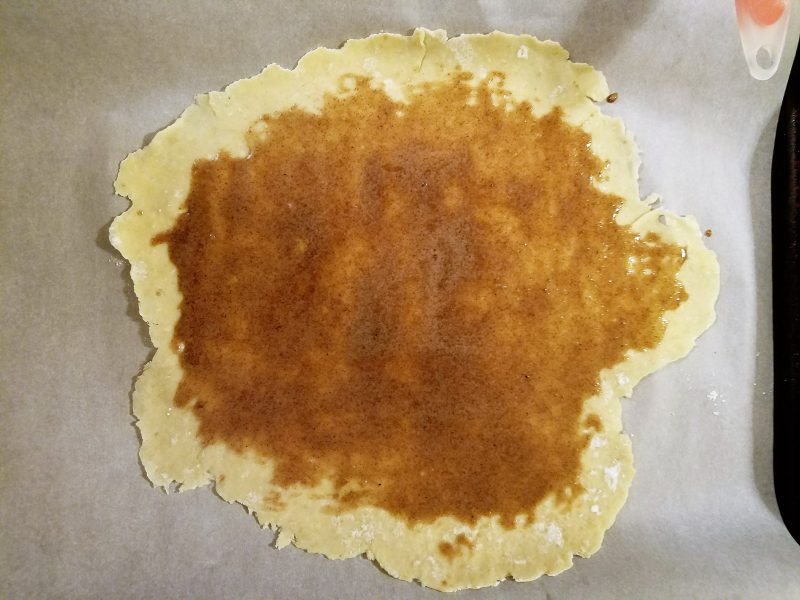 When it came time to begin filling and shaping the dough, I fell prey to my occasional fault of failing to read the directions.  Instead of just combining the sugar and cinnamon, I combined the sugar, cinnamon, and egg.  Since the egg was just supposed to be brushed on the rolled out dough and the cinnamon-sugar sprinkled on top, I ended up with a much wetter filling (and much more of it) than expected. 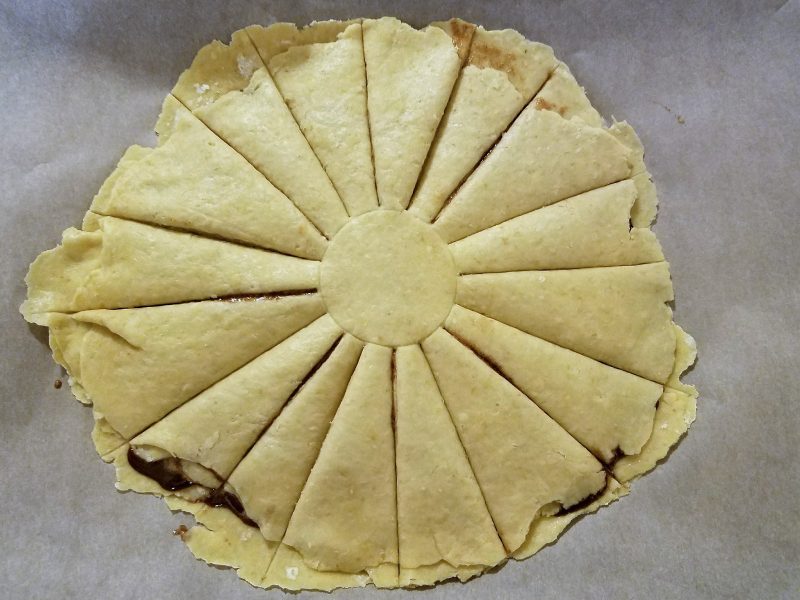 Nevertheless, I plowed ahead.  As is the case with many King Arthur Flour Bakealong challenges, the final result looks much fancier and more complicated than making it actually is.  I created the 4 layers of filling and dough, then used the step-by-step recipe hint of making a light outline of a circle in the middle with a biscuit cutter.  I then used my bench scraper – which is such a useful tool  (affiliate link) – to divide the dough into 16 wedges. 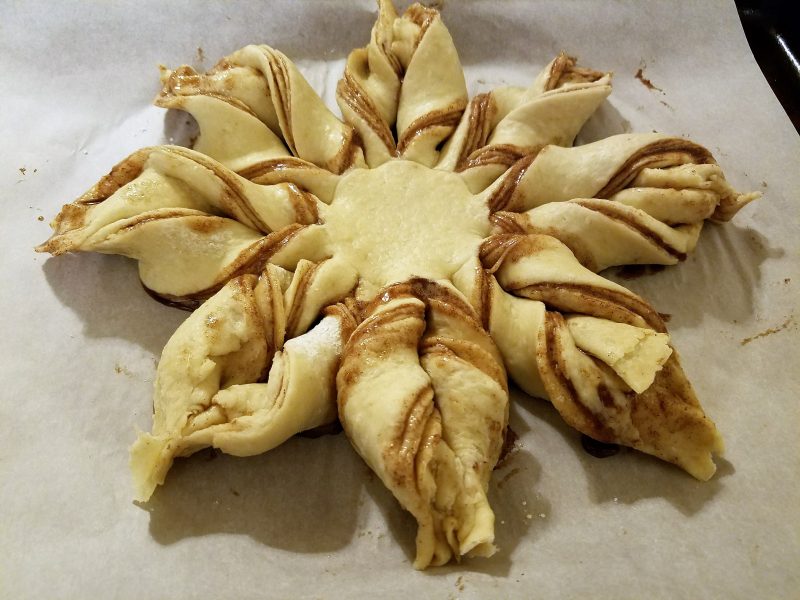 The recipe isn’t lying when it says the dough circles don’t have to be perfect.  As long as you can grab both ends and twist them together (also not difficult), you can turn the bread into a beautiful star. 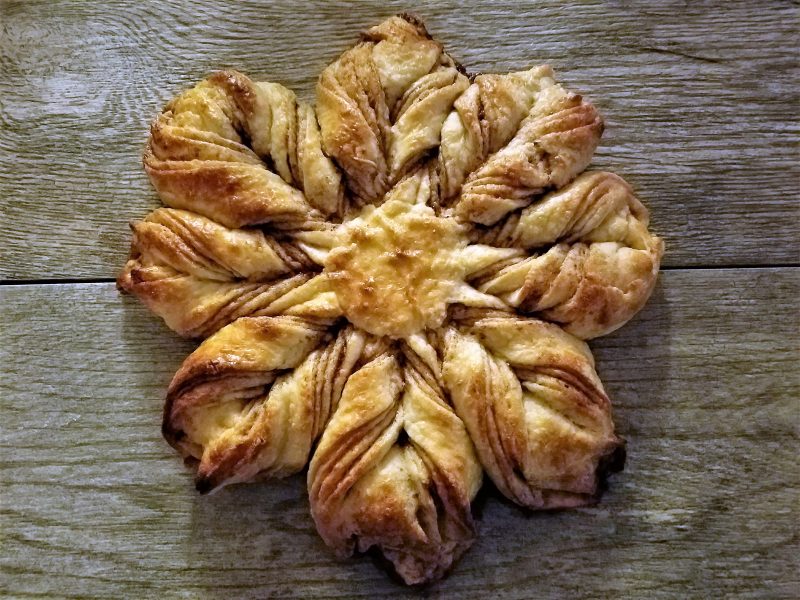 Despite my misstep with the filling, my loaf baked up well.  I think it was a little softer and stickier on the bottom than it would have been otherwise, but it didn’t seem to make a big difference.  The introduction to this recipe calls it a riff on a cinnamon bun and I would agree.  This Cinnamon Star Bread is like a cinnamon bun — but better.  I’m not actually a cinnamon bun fan; I find them too sweet and too sticky.  This bread does a nice job of avoiding some of those pitfalls. 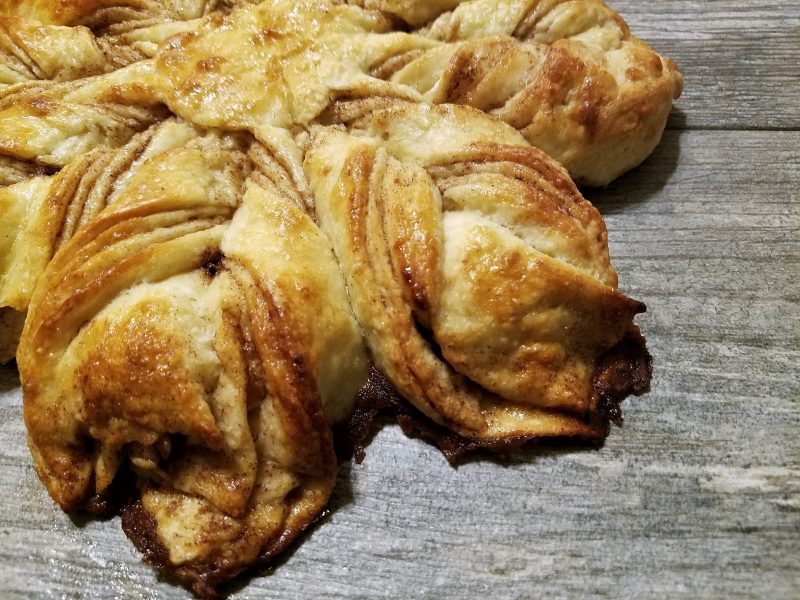 Now, I can’t wait to find out what December’s Bakealong recipe is…tomorrow!