Let the record show: I completed October’s King Arthur Flour #Bakealong before the last week of the month. I’d love to say that this was due to some sort of impressive organization and planning on my part, but I think it was mostly just due to an free weekend and my sudden realization that I really need to accomplish the things on my to do list before the baby arrives. 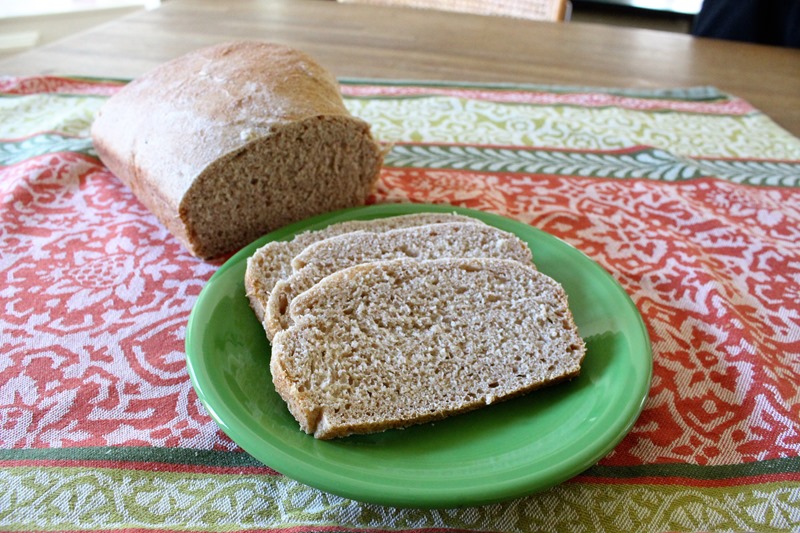 This month’s recipe – Everyday Whole-Grain Bread – also struck me as the least daunting of the Bakealong recipes yet.  I know many people are freaked out by the idea of making bread from scratch, but as I’ve written before, I’m not.  In the time since my 2013 post about baking all of my own bread, I’ve continued to avoid supermarket sandwich bread and bake my own on a regular basis.  A while back I switched my technique of choice to the one in Artisan Bread in 5 Minutes a Day, but that’s another post (hopefully coming next week?).

All that to say, it had been a while since I’d made a standard loaf of bread, and I was really excited to do so.  As much as I love the 5 minute a day routine, there’s something about bread rising on the counter that makes me happy.  King Arthur Flour’s Everyday Whole-Grain Bread takes much less time than my previous go-to bread recipe, so that was also a plus.  Fresh bread in 3 hours? Why not!  The ingredient list was super simple – just 7 ingredients, all but one of which I had on hand.  After a trip to the supermarket, I opted to skip purchasing the White Whole Wheat Flour and just used regular whole wheat.  I’m sure my loaves are denser as a result, but we’re very happy with them. 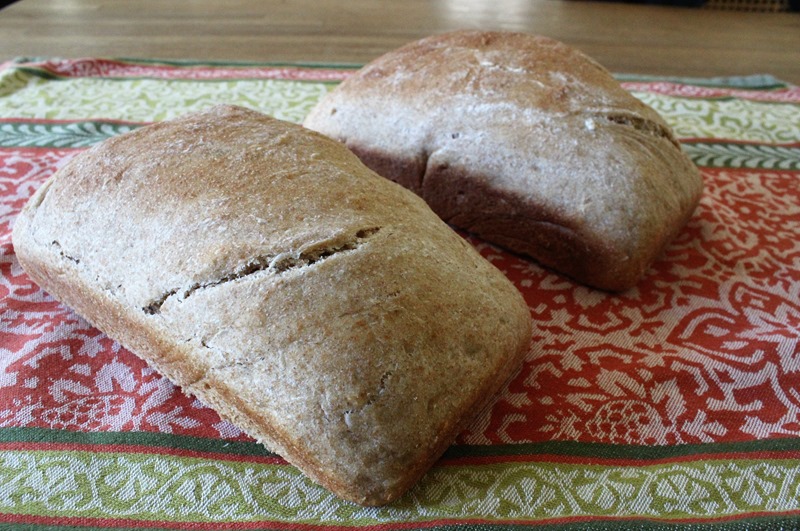 I’m happy with this whole recipe: it was as easy as I’d anticipated and the final product turned out great.  It’s much more of a sandwich bread than what I usually make and the change of pace is nice.  I used a 9×5” loaf pan so my bread is a little shorter than it might be in a small pan (see the recipe notes), but it definitely gets the job done.  Seriously, if you’ve never made bread before this is an awesome recipe to get you started.  I know I’ll be making it again – probably soon.  And there’s lots of October left to participate in this month’s #bakealong!