Earlier this month, King Arthur Flour announced Bakealong – a new recipe every month to make along with other KAF and baking fans, with lots of sharing on social media.  It’s not secret that I love King Arthur Flour (my birthday celebration last year was a visit to their bakery and store in Vermont!) and the Bakealong idea sounds awesome, so I decided to jump in.

I was especially excited about the Bakealong recipe for August: Pane Bianco, a beautiful loaf of bread, filled with some of my favorite ingredients: cheese, basil, garlic and sun-dried tomatoes.  I didn’t spend much time thinking about whether I’d make the bread, or looking over the recipe to see what was actually required, I just knew I had to find some time this month to do it.  And today, with just a day to spare, I got it done. 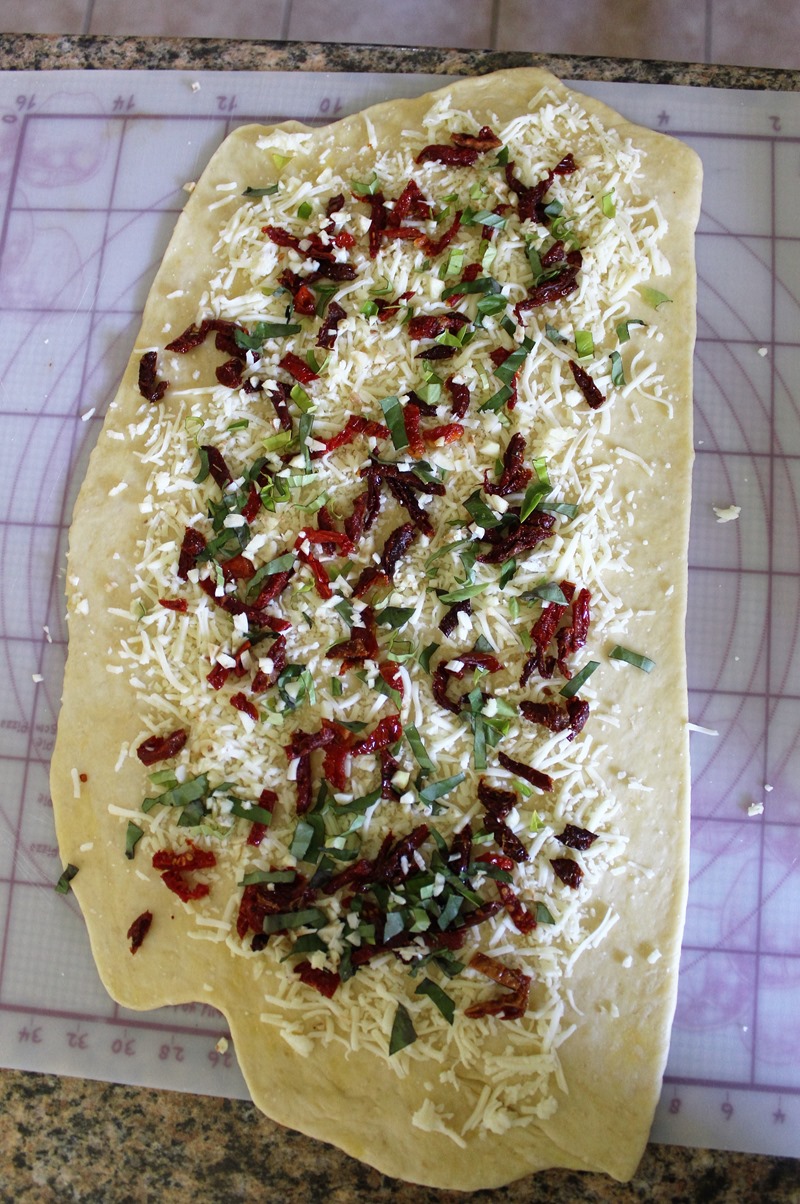 The recipe was pretty easy to follow: create the dough (with ingredients I had on hand!), let it rise.  Roll it out into an 8 1/2 x 22” rectangle – I used a rolling pin for this part, I don’t think I ever would have gotten the dough to be large enough without doing so.  Then the dough is sprinkled with the shredded cheese, chopped sun-dried tomatoes, pieces of basil and minced garlic.  I only used 3 cloves of garlic, which seemed like a lot when I was spreading the fillings out. 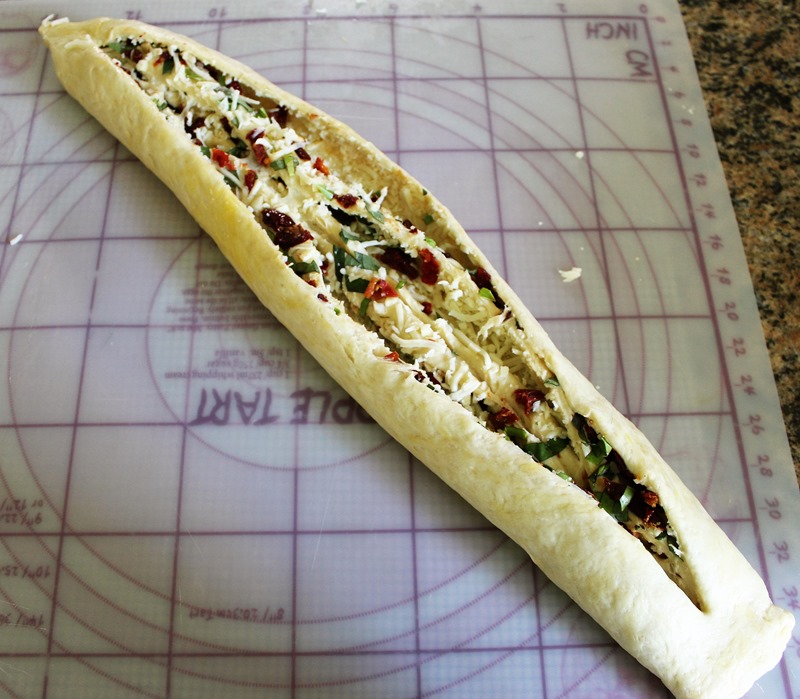 The next steps involve rolling the dough along its long edge, pinching the seam closed and turning the roll so the seam is face down.  Then I used my kitchen scissors to slice down the length of the roll.  This step was the only one that confused me and led me to turn to the step-by-step directions provided by King Arthur Flour.  I just didn’t quite understand what they were asking me to do and the photos definitely helped.  I also should have followed the instructions and done this step on a parchment-lined baking sheet.  Transferring the opened log to a baking sheet after I’d sliced it open was a bit tricky (especially because it opened more and more as I wasted time taking photos). 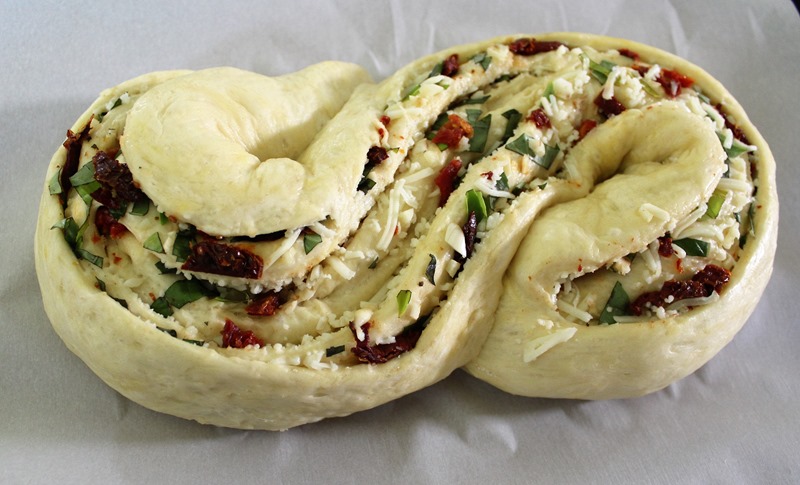 After transferring the log to the parchment-lined baking sheet, it’s twisted into an S and then a figure 8.  I was happy with how easily my dough shaped and how easy it was to pinch together in an effort to keep that shape.  From there, the bread went into the oven for 25 minutes. 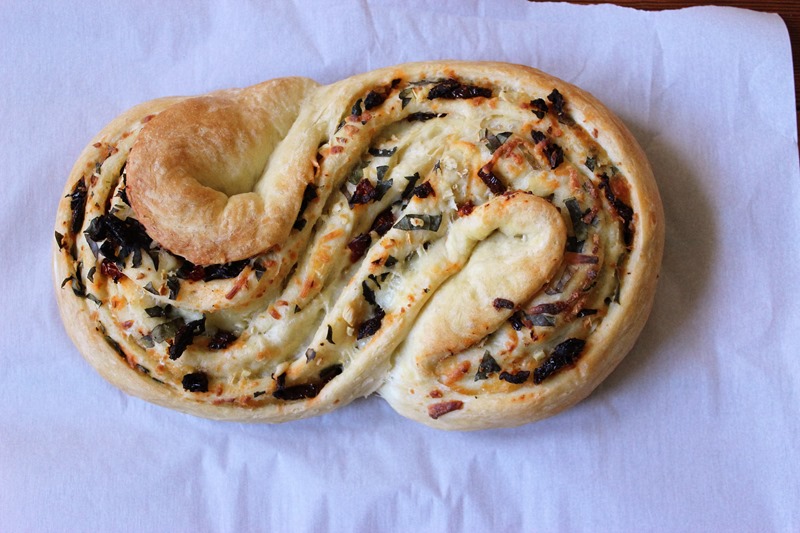 After the 25 minute mark, I followed the directions and put a foil tent over the bread for the last 15 minutes of baking.  I couldn’t have asked the bread to brown or rise in the oven better than it actually did.  When’s the last time I made a recipe that went this well? 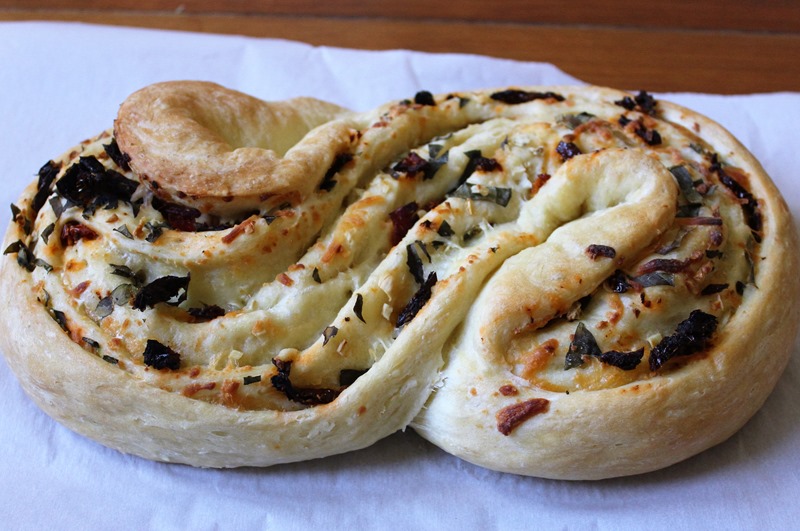 Though I definitely considered freezing this beautiful loaf of bread for a depressing winter day, Brian convinced me to slice into it tonight. The bread baked up beautifully and it was good to see how well the filling was distributed through the dough.  The filling was delicious, but also let the flavor of the yeast and egg contained dough shine through. 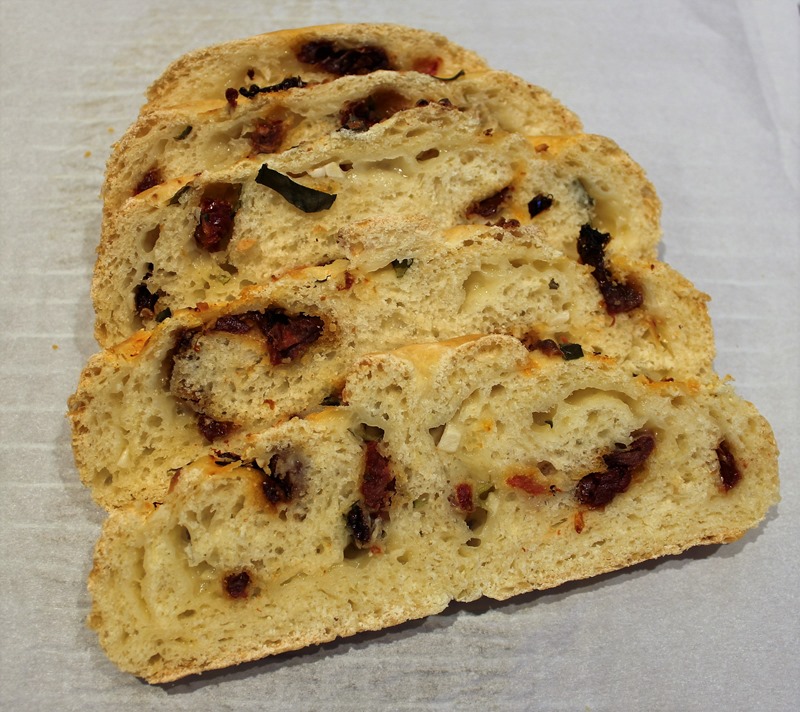 This bread looks so impressive and, though it took some time, was so easy to make that I’ll definitely be adding it to my repertoire for the future.  I think it would be especially great for dinner guests, or even a breakfast event!

If you want to get in on August’s bakealong, you still have time! Check out the recipe here.  Or make it in September – who cares?  I can’t wait to see next month’s bakealong – King Arthur Flour has already teased that it involves pumpkin!