I’m on a bread baking kick at the moment.  We eat a decent amount of it and I’m really interested in the idea of making all my own bread instead of buying loaves with ingredients I can’t recognize.  I’m not promising to never buy bread again, but I’d like to make my own as much as possible.   Baking bread is just so satisfying and, generally, not that difficult.  Now that I have multiple loaf pans, KitchenAid bowls and attachments, baking is easier than ever.  My goal is to make a couple loaves every other weekend or so, put half in the freezer and go through about a loaf a week.  Here’s the issue though: 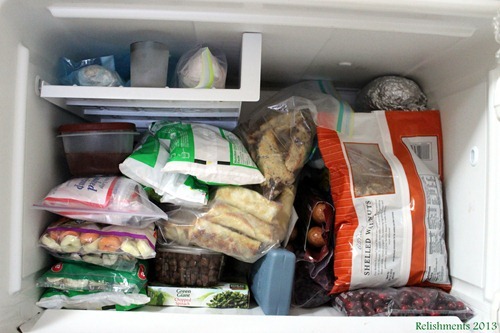 Last week it didn’t really matter because we were eating a lot of sandwiches and almost went through both of the Perfect Homemade Sandwich Bread loaves I’d made, so neither of them made it to the freezer.   I also didn’t remember to photograph them until this morning, when this was all that was left.  The loaves didn’t rise quite as much as I’d expected initially, but they made up for it in the oven and I was happy with the way they turned out.  I fret a bit about how quickly we go through homemade bread, but then Brian reminds me that we go through store bought bread pretty quickly as well and those loaves are bigger. 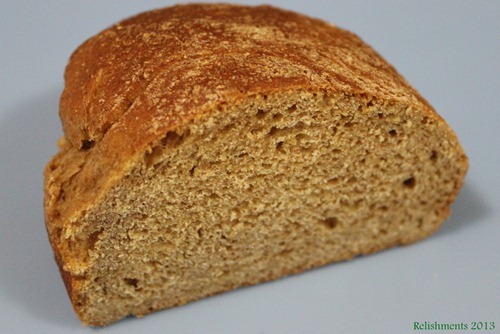 This morning I made a loaf of oat bread, this time using half whole wheat flour as well as olive oil instead of the egg wash.  One of the things that annoys me about the recipe, even though its simplicity and flavor make it one of my favorites, is that it only makes one loaf and the loaf comes out a little smaller than other breads I make.  Maybe someday, if I’m feeling really confident, I’ll try to adjust it to make more at once. 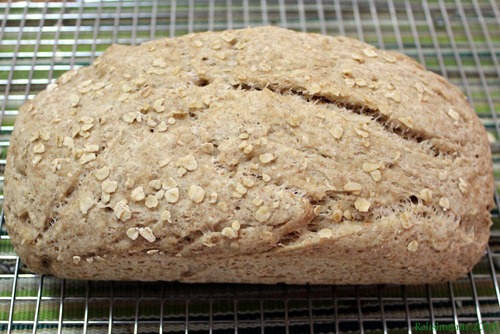 I may or may not also make rye bread this weekend, since I still have flour leftover from this experiment and an extra day of cooking time because of the Monday holiday.  But that brings us back to the freezer space issue.

Ultimately I’d like to move to breads that are packed with good stuff, whole grains and less white flour, but I’m looking to improve my technique first with the ingredients I already have and the recipes I’m familiar with.  My mother-in-law gave me her copy of the Amy’s Bread

cookbook on “permanent loan” at Thanksgiving and I’m really looking forward to trying out some of the recipes.