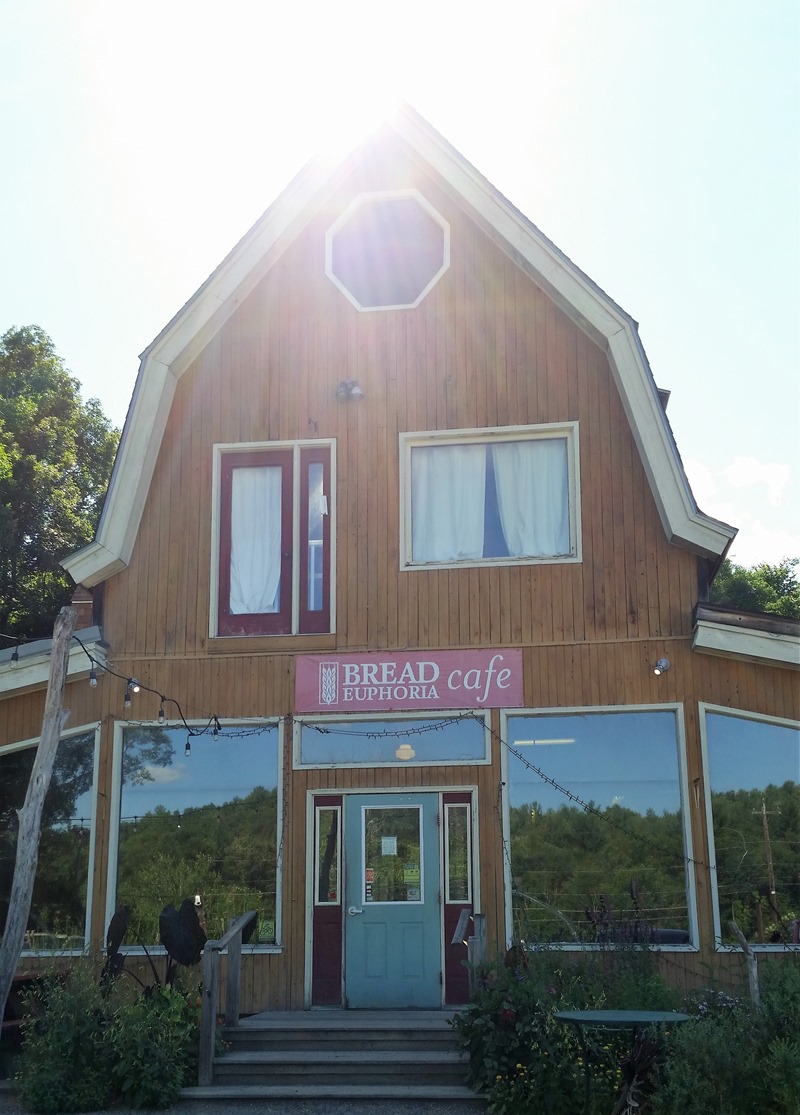 Even though I don’t find myself headed east often, I’ve been a Bread Euphoria fan for years.  The café is an unassuming place on Route 9, right on the Williamsburg/Northampton line. 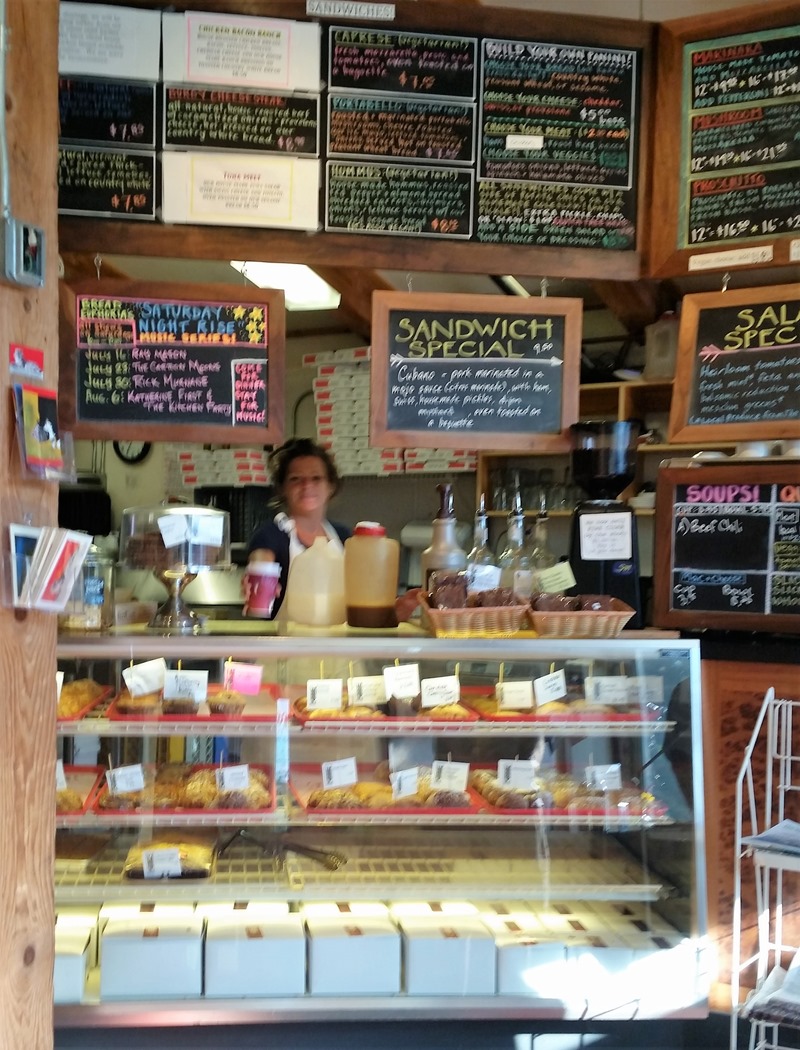 Despite passing the place four times in total since Monday morning, I avoided temptation and only stopped twice.  On Monday afternoon, I made my first stop at Bread Euphoria.  It looked pretty much the same as I remembered from last time I was there: cases of pastries, colorful menus featuring breakfast, lunch and dinner, and indoor and outdoor seating.  The incredible smell of fresh baked bread filled the air.

I purchased a crusty loaf of sesame bread and was thrilled when I was asked if I wanted the loaf sliced.  I bake almost all of my own bread and thereby slice it myself, but it was so nice to have it done for me.  I did have a fleeting thought about why I didn’t just use the bread we already had at home as part of dinner, but the loaf was worth the investment – bread made in a real bread oven is definitely better than even the best bread I make.  And I could never get my sesame seeds to stick to the loaf like that. 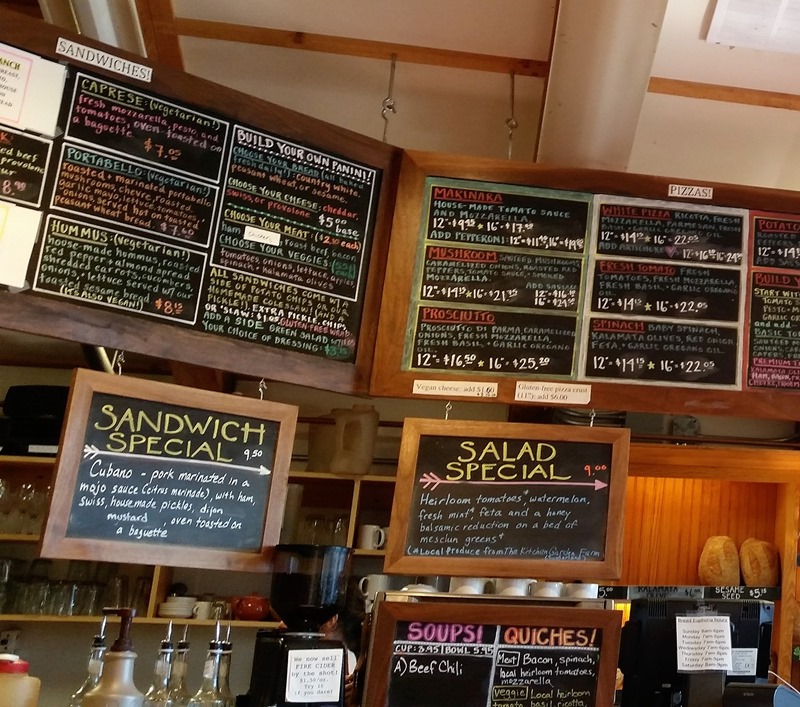 This morning I stopped by on my way to the meeting.  I had an delicious egg and cheddar breakfast sandwich on an everything bagel (also made at the cafe!).  Even better was the house made chai, which I was super impressed to discover was available in decaf (related:  limiting my caffeine is not my favorite).  It was so good that Bread Euphoria may have just taken the top spot in my list of “Favorite Chai in Western Massachusetts”.  Clearly, more research is needed in this area, but it was a fantastic chai. 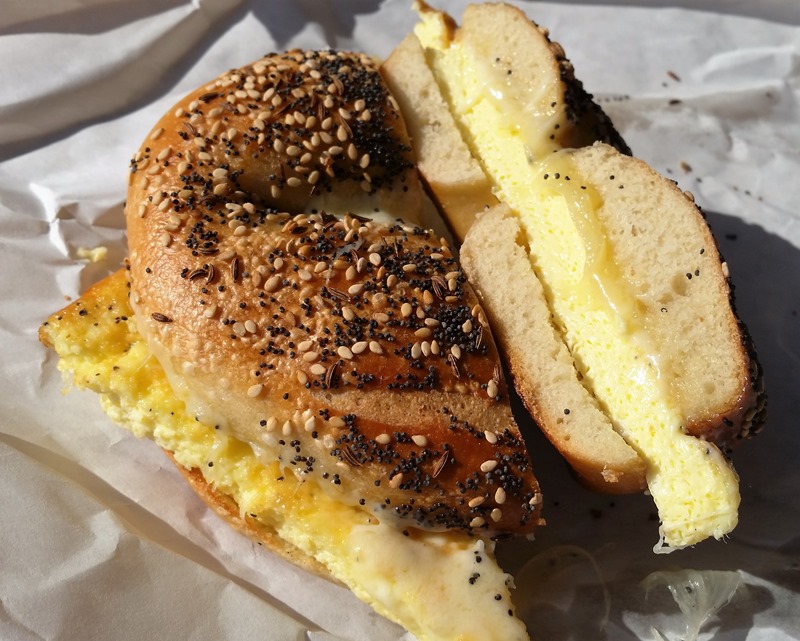 There was a time when I was very unwilling to drive more as far as Northampton by myself, but I loved driving this route over the past two days.  No matter which roads you take, the ride from the Berkshires to the Pioneer Valley is a beautiful one that takes you though adorable towns, lush forests and rolling hills.  Plus, the stops along the way can be pretty great.  I’m already looking forward to my next trip east – and another stop at Bread Euphoria.