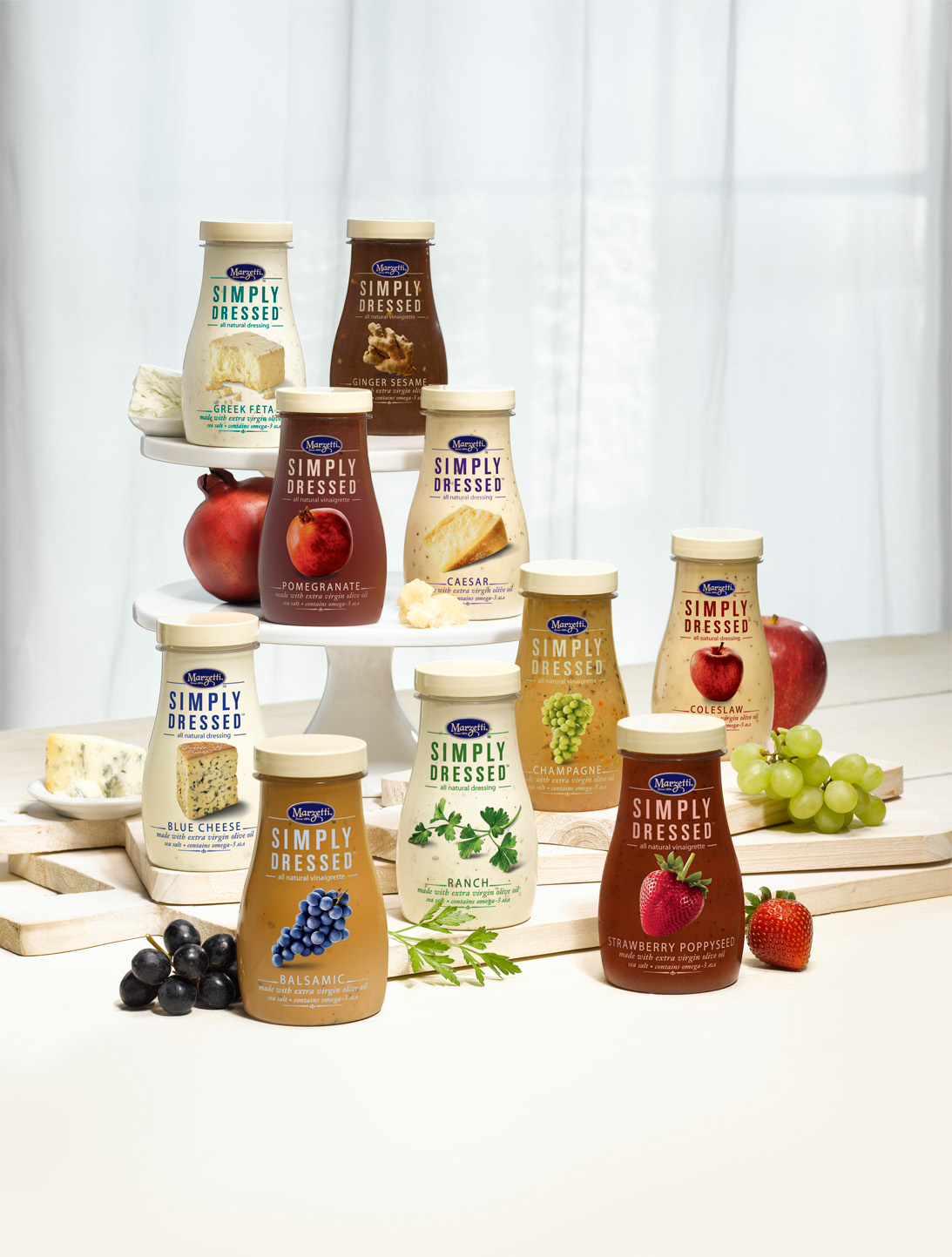 Generally speaking, we don’t use a lot of salad dressing around here, despite the fact that summer finds us consuming an awful lot of salad.  Growing up, my family always had several varieties of salad dressing available, but once I married Brian we switched to making our own vinaigrette on a nightly basis to top our greens. 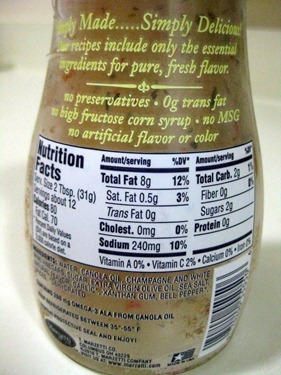 But when the folks at Clever Girls offered me the opportunity to try out Marzetti’s Simply Dressed salad dressing, I decided it was a good time to see what was available.  They have 10 varieties; we opted to try the Champagne flavor.  As you can see from the back of the bottle, it measures up pretty well: no preservatives, no HFCS, and only 12 ingredients–all recognizable.  The dressing is a fairly thick vinaigrette with decent sized red pepper and spice pieces.  The taste was smooth with a slight champagne kick.  It was just different enough from a standard vinaigrette to be interesting.

It’s autumn now and we’re pretty much done with salads for the year.  Brian suggested we use the dressing as a pizza sauce, which I thought was a brilliant idea.  The pizza had a fresh, bright flavor provided by the dressing and we really enjoyed it.  Each of the marinated shrimp provided an extra flavorful bite to the meal.  If I ever find myself in need of a bottled dressing in the future, Marzetti’s Simply Dressed will be near the top of the list.  I’d certainly purchase it again. 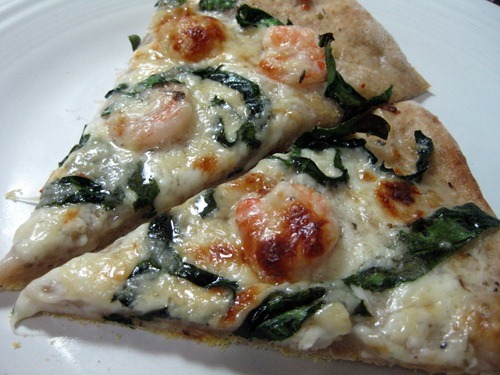 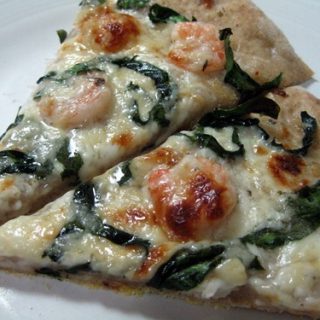 The recipe makes one 12" pizza.  We used precooked frozen shrimp, which were defrosted before use.  You could use uncooked shrimp, but would need to adjust the recipe to include cooking them before topping the pizza.  Marinating uncooked shrimp would probably result in more flavor from the dressing being absorbed by the shrimp.  We cooked our pizza on a stoneware pizza stone, but you could also use a baking sheet or metal pizza pan.
Print Recipe Pin Recipe
Prep Time 45 mins
Cook Time 8 mins
Servings 1 pizza

I was one of the bloggers selected by T. Marzetti Company and Clever Girls Collective to host a Marzetti Simply Dressed review. They provided me with product to test myself and compensation for my time. However, my opinions are entirely my own.