You may recall a brief mention (way back in July) of an amazing tea latte I had at Dottie’s in Pittsfield.  It was Earl Grey tea, with vanilla syrup, as suggested by the barista.  And it was one of the best cups of tea I’ve ever had.  Obviously, as it’s months later and I’m still talking about it.

I tried to replicate it at home, of course, but my microwave frothed milk and vanilla extract just didn’t cut it.  When I was in North Carolina this summer and very nearly purchased a bottle of Torani syrup to help make the drink of my dreams happen again, my mother-in-law suggested that I make my own.  It was sort of a “duh!” food blogger moment…why didn’t I think of that?  But I still didn’t get around to it for a while.

And then at the Healthy Living Summit, I received a milk frother as part of my swag from sponsor CocoaVia.  Suddenly I was more motivated than ever to try recreating that delicious tea latte. (As an aside, we’re kind of obsessed with that milk frother…).

So I finally made it happen.  It’s still not quite as good as the one at Dottie’s, but it’s extremely satisfying.  And now I can add vanilla and frothed milk to any drink I choose.  I primarily add the syrup to Earl Grey or black tea, but it’s also made appearances in chai.  I’m sure it would be pretty good in hot chocolate too, but I haven’t tried it yet.  Vanilla beans can be a little expensive, but this recipe makes enough syrup to last a while.  The beans I use from our co-op result in a syrup that is priced about the same as a store bought bottle, plus I know what’s in it. 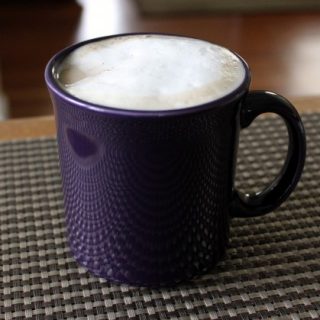 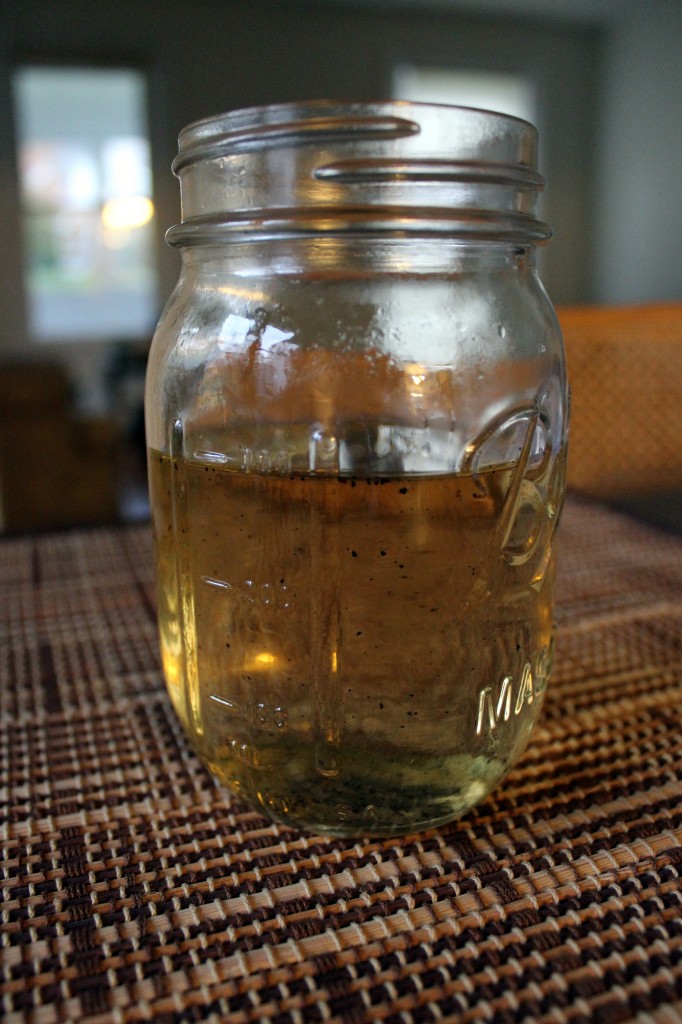