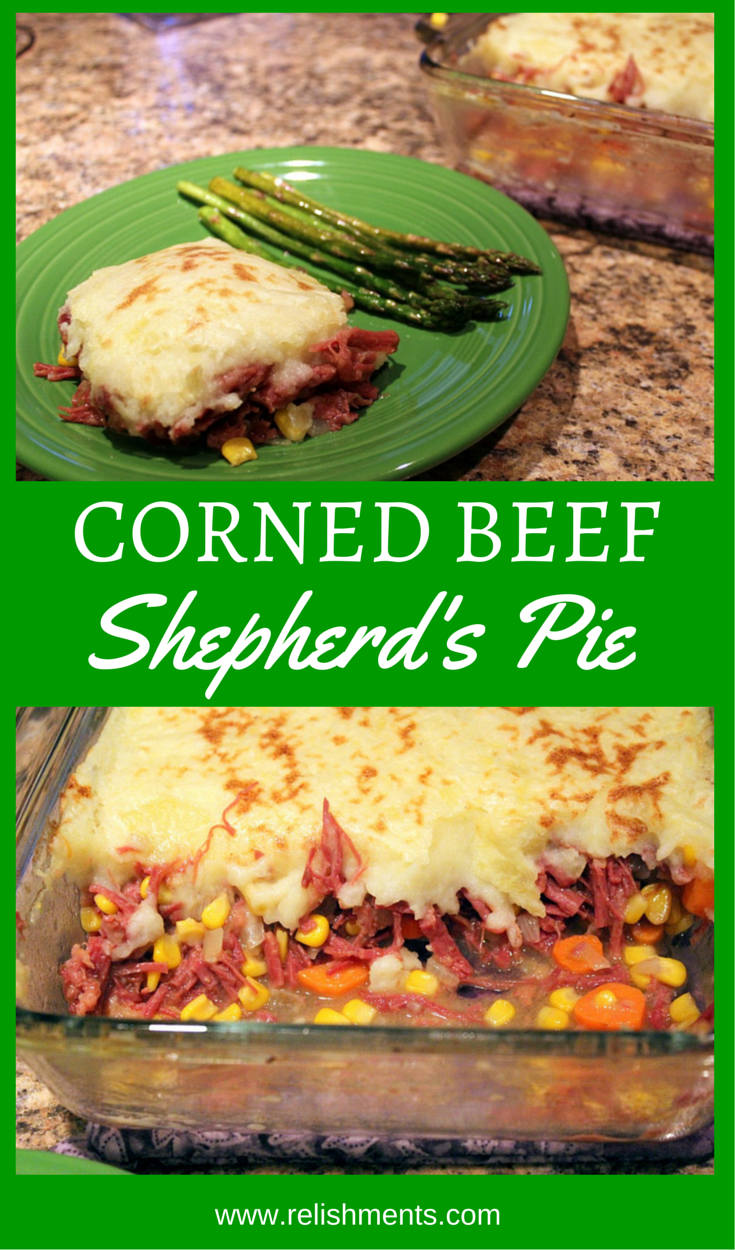 As Saint Patrick’s Day approached, I asked Brian if he wanted me to pick up a corned beef for the occasion.  It wasn’t so much of a question as a formality; I wanted corned beef and the chances of my not buying one were slim.  As I mentioned on Sunday, I am a huge fan of corned beef.  Luckily, Brian said yes.  But he’s not as big on corned beef as I am and he requested that I do something different with it this time – what about corned beef shepherd’s pie? 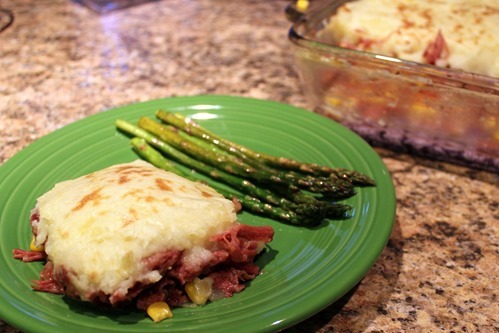 It was sort of a silly request: I think I may have made shepherd’s pie once in the course of our entire almost five year marriage.  It’s not something I really know how to make normally, never mind with corned beef.  Nevertheless, we decided to give it a shot.  I cooked the corned beef in the crockpot during the day, the way I make it every year, then shredded it up, added some additional ingredients, topped it with potatoes and baked it.

And, a bit to my surprise, it was pretty awesome.  In an ideal world, I would’ve posted this recipe on or before Saint Patrick’s Day.  But that’s not how thing’s work around here.   I just made it today, because I’ve been out the past two nights and I knew shepherd’s pie wasn’t happening then.  So, if this looks good to you, see if your supermarket has any corned beef left…or save the recipe for next year. 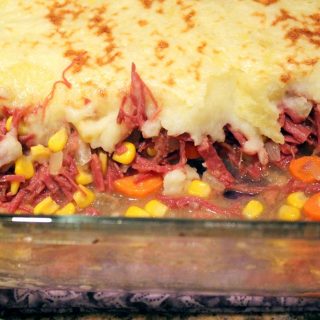 To cook your corned beef

To make the Shepherd's Pie