This post is sponsored by Madesco Labs, who also provided me with samples of their coffee filters in exchange for my sharing about their products.  As always, the opinions expressed are my own. 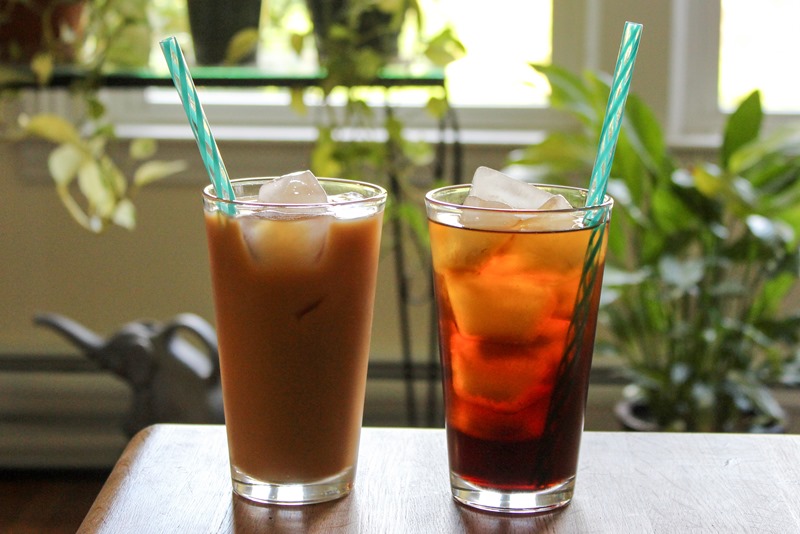 Even if you’re not a big coffee drinker, it’s difficult to ignore the fact that cold brew coffee is everywhere lately.  It’s available at Dunkin Donuts and Starbucks and even Bloomberg featured an article about the popularity of cold coffee products.  But you know what’s a lot better than paying $3 or more for a cup of iced coffee? Making it at home yourself.

Even though I tend to land on Team Tea, I love a good cup of iced coffee in the summer.  My husband is really into coffee.  Last summer, he experimented with making cold brew iced coffee by mixing grounds and coffee, then using large coffee filters to remove the grounds from the coffee after steeping.  It was kind of a messy process, but worth it for at home iced coffee.  I was already thinking about ways to get creative with non-alcoholic beverages this summer when Peter at Madesco contacted me to see if I wanted to try Madesco’s cold brew coffee filters.  Absolutely! I said.  If we could make the cold brew process easier, our summer would be even more awesome.

Cold brew coffee is exactly what it sounds like: coffee that is brewed without any heat.  Recipes vary, but most involve combining grounds and cold or room temperature water and allowing the mixture to steep for hours or days.  Cold brew lovers say that this reduces bitterness in the coffee, since the coffee acids aren’t released by the hot water.  The result is a smooth, pure cup of coffee that’s great over ice. 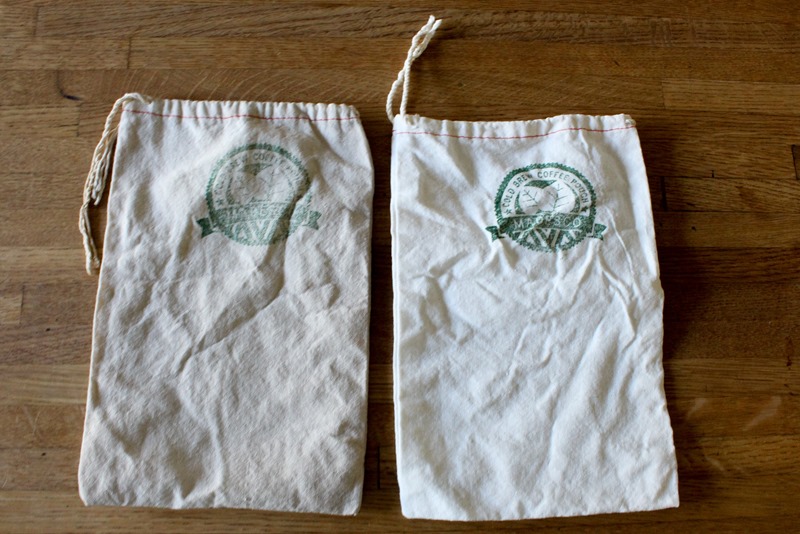 Madesco’s cold brew coffee filters are sold in a two pack, which is awesome for making different kinds of coffees (such as a regular and a decaf) and are accompanied by instructions.  They’re reusable and can be boiled for additional cleaning and sanitizing between uses.  Our experiences using the filter have been great and so much cleaner and easier than our old method.  They’re easy to pack for travel – we just brought ours to Maine to share cold brew with my parents – and fit great in a pitcher or jar.  In addition, the Madesco cold brew coffee filters seem to dry after use much more quickly than other reusable filters we’ve used in the past, meaning they’re ready to put away or reuse even sooner. 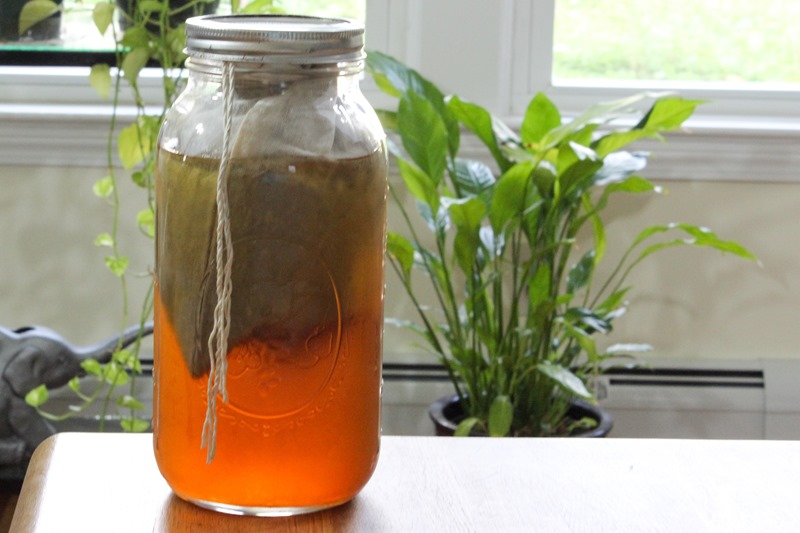 We’ve been making our cold brew in half gallon mason jars.  We’ve found it easiest to add the coffee to the filter bag before putting the bag into the jar.  Keeping the top of the bag open around the edge of the jar, we then use water from the pitcher or the tap to fill the jar about 90% of the way to allow the grounds to expand.  Then the bag is tied shut and the standard lid and ring screwed on top, letting the strings from the bag hang down so that the bag doesn’t fall into the water.  Allowing the coffee to steep for over 12 hours creates a cold brew concentrate, which can be initially diluted once the filter bag is removed by filling the mason jar the rest of the way.  Steeping time is definitely based on your preferences and the strength of the coffee you’re using.  Then the jar is transferred to the fridge for pouring over ice and enjoying whenever we’re in the mood. 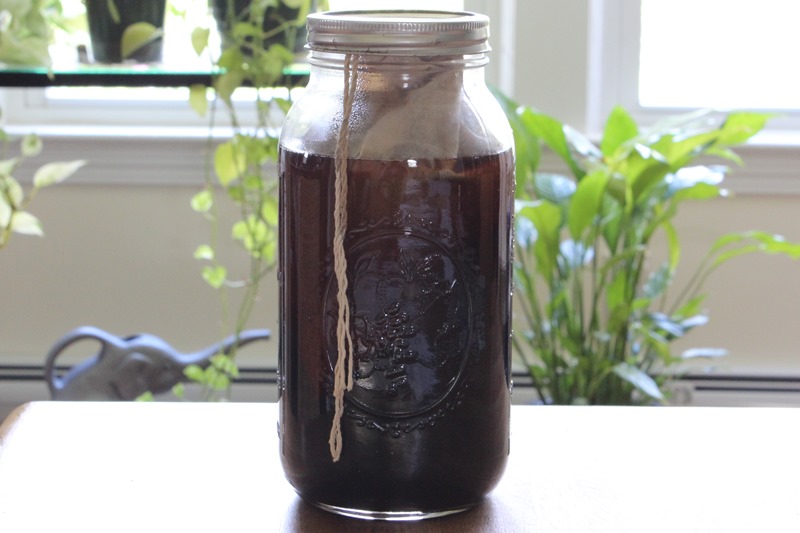 We’ve been using Eight O’Clock decaf coffee for most of our cold brew, since I’m limiting my caffeine intake.  We were a little concerned about whether the grind would be too fine for the coffee bags, but so far we haven’t had any grounds in the cold brew.  I imagine other pre-ground coffee would yield a similar result.

Want to try out Madesco cold brew coffee filters for yourself?  Check out their website for filters and their just released coffee designed especially for making cold brew. In addition, Madesco has an awesome e-book with ideas to use your cold brew (in the event that just drinking it isn’t sufficient).  Get the free e-book here!  AND I’ll be doing a giveaway of a set of filters soon! 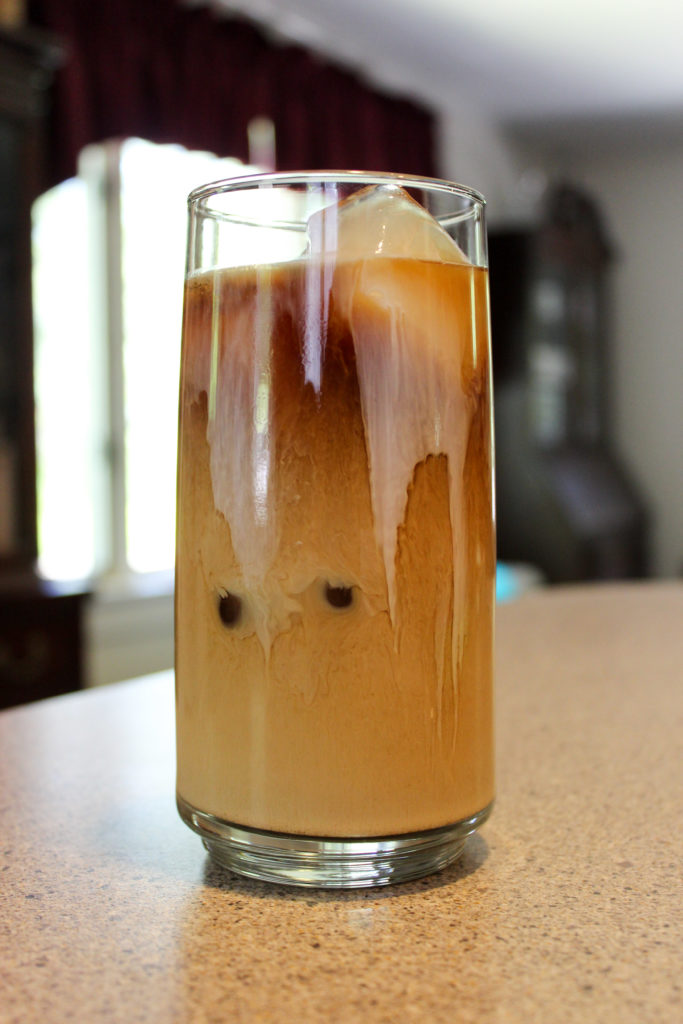