Brian and I enjoy buying the seasonal variety packs of beer when they’re available.  The 12 packs give us the chance to stock some variety and new flavors we wouldn’t otherwise try.  I’ve only liked the taste of (some) beer for about the past year, so I’m really interested in trying all the varieties I never had during my beer-free years.  Last fall we bought the Sam Adam’s Winter Classics Variety Pack.  We drank 10 of the beers, but neither of us wanted the Holiday Porter.  We’re just not porter people.  So I promised that I would use it to make beer bread. 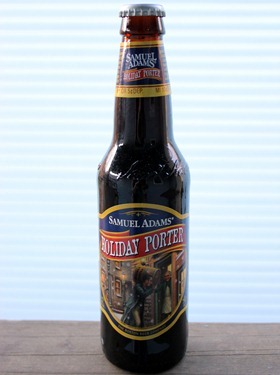 I’d never made beer bread before, but a little research led me to discover that most recipes are essentially the same:

Could you get any more simple?  The recipe I used also called for ¼ cup of melted butter to pour over the top, which created a crunchy, buttery crust.  Some recipes also have chilies, onions or cheese as additions.  Beer bread is a quick bread, so it doesn’t need a mixer or any time to rise.  The batter was incredibly easy to put together and the bread was baked after 1 hour in the oven.  It came out looking gorgeous.  And, despite my initial thoughts when I tasted the batter, beer bread is delicious.  This loaf has a vague beer aftertaste, but I suspect that wouldn’t be the case with a lighter beer. 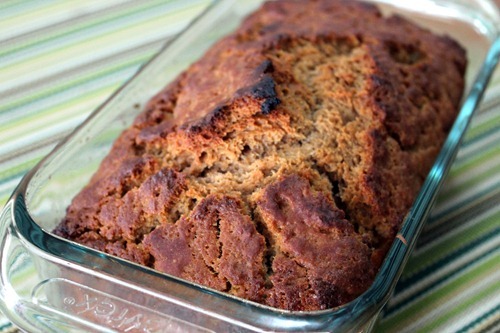 The only thing that didn’t go well was that my bread stuck to the bottom of the pan, even though I greased it.  Still, that’s not the worst thing that could happen and we managed to get it out.  I’ll just grease it better next time.  I still have one more bottle to use up!

So, next time you have a beer that you don’t want to drink, make bread!

Baking, Take 2
Highlights: For Your Summer Cocktail Party
Focaccia {Relishments Bakes – May 2019}
FAQ About My Bread Baking
Did you enjoy this post? Share it!
« Highlights: Food in the News, Part 2
Trying out the Grocery IQ Smartphone App »