Last Saturday, Brian and I went out to lunch to celebrate my birthday a few days early.  We don’t eat out very frequently and I always struggle to decide where I want to go.  This time around, I wanted to go somewhere I’d never been before.  After a bit of internet surfing (and polling my Facebook friends), I decided that it would be a perfect day to try out a fairly new Pittsfield eatery: Eat on North. 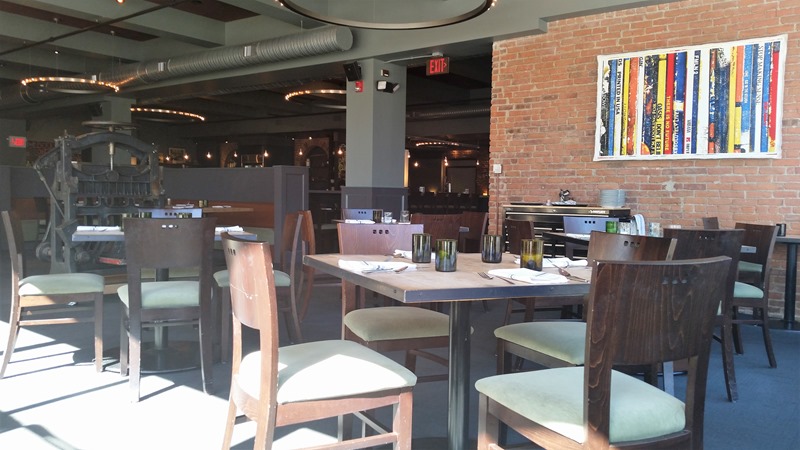 Eat on North opened last year at the same time as the hotel that it’s part of: Hotel on North.  The pair opened to much acclaim and press, with the hope that the establishments would bring more tourists to the Pittsfield area.  I’ve read so many articles about it (like this one from Berkshire Magazine) and walked by so many times, I was excited to finally give the restaurant a try.  The menu looked great and Eat on North specializes in local food, according to their website “nearly everything [they] serve is from Massachusetts, Vermont, and the Hudson Valley”. 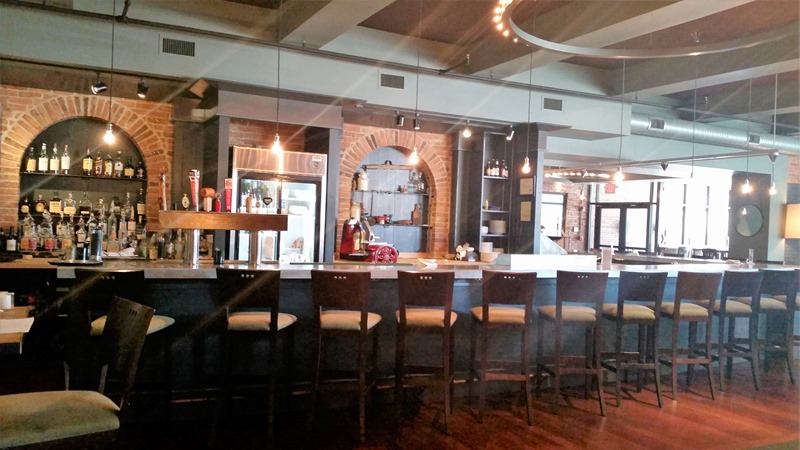 The restaurant was very quiet when we arrived around noon.  I think we were the only patrons the entire time we were there.  I’m assuming that’s because it was Saturday lunch and my impression is that Eat on North does most of it’s business during evenings and events, but I don’t have anything to compare it to.  We spent a few minutes pondering the single page menu before ordering. 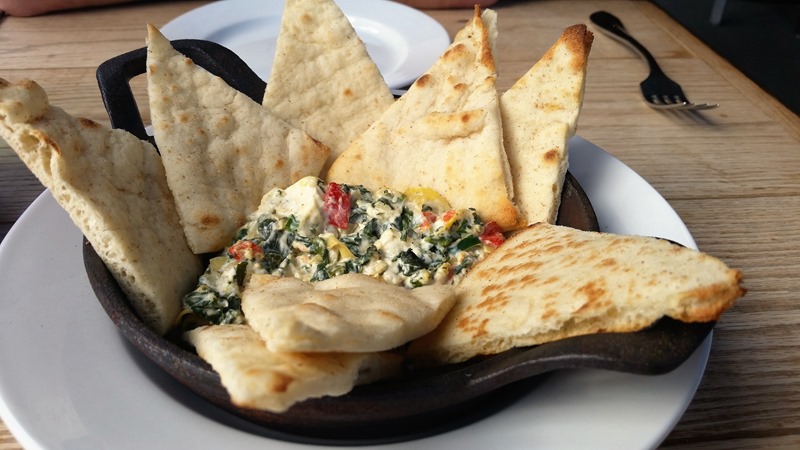 We started with an order of the artichoke and spinach dip.  I’ve eaten my fair share of artichoke and spinach dip over the years and this was definitely one of the best.  It was rich and flavorful and Brian and I both remarked on how chunky it was.  The amount of dip was perfect for the number of pita slices we were provided and we scraped the dish clean. 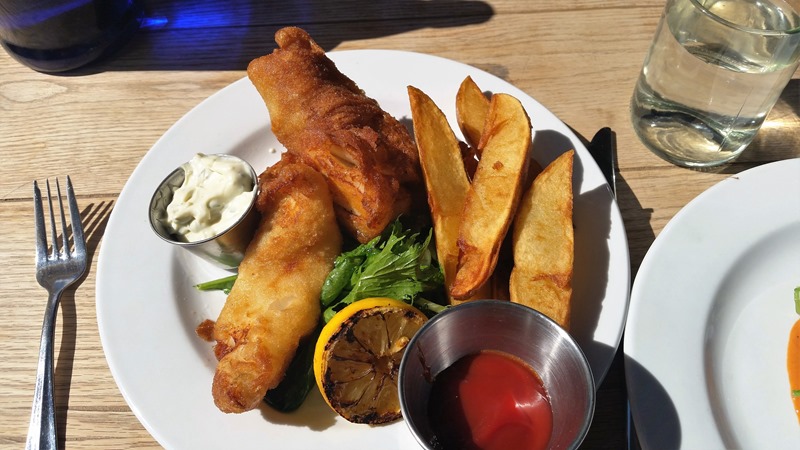 Brian ordered the fish and chips, which smelled incredible and tasted great.  The fish was super crispy and the fries were crunchy on the outside and creamy on the inside.

I ordered the chickpea and quinoa patty.  I really enjoyed the blend of fresh spinach with the soft, flavorful patty and the sauce underneath.  It didn’t look like much food, but after the rich artichoke and spinach dip, it was plenty.

I was pleased with our meal at Eat on North, though the final bill was a bit much for a lunch.  In defense of the restaurant, we did order an appetizer and Brian had a beer.  And the food was very good.  I’d gladly return to Eat on North, but it’s probably going to be for a special occasion.