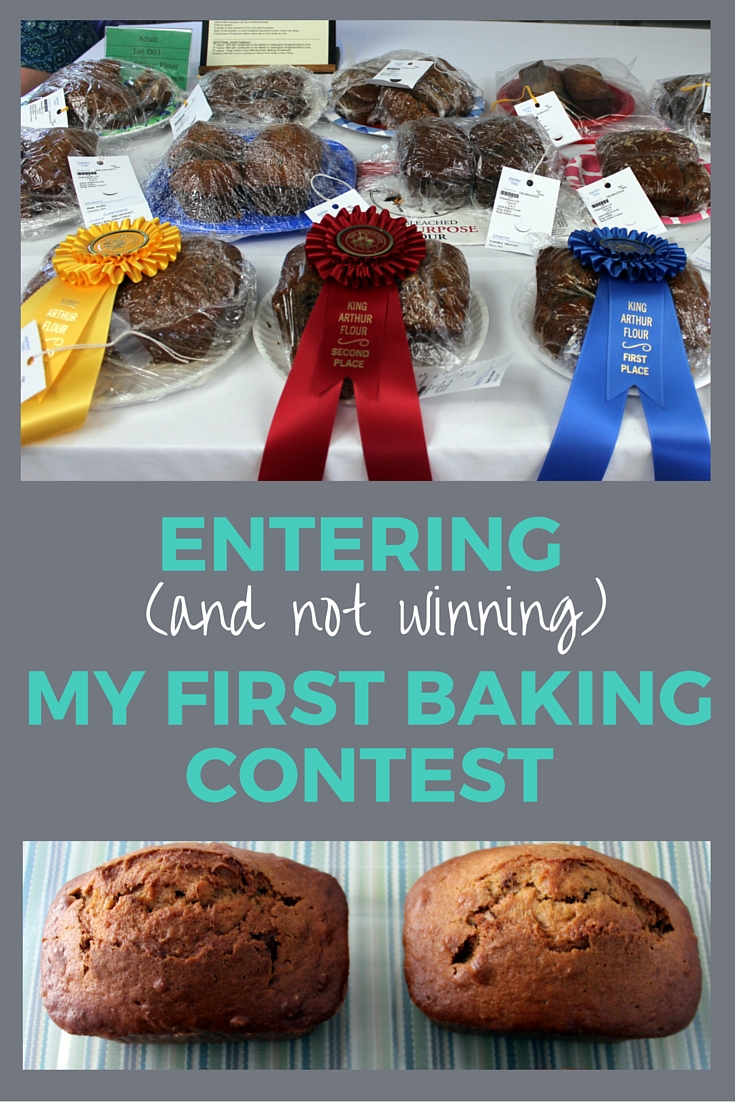 A few years ago, I went to the Adams Agricultural Fair for the first time.  I’ve been to a lot of fairs over the course of my life; I’m a big fan of exhibit halls, vendors and animals (but not rides).  But the Adams Aggie Fair was the first one where I’d seen exhibitor entries featuring names I knew.  I immediately wanted to enter. 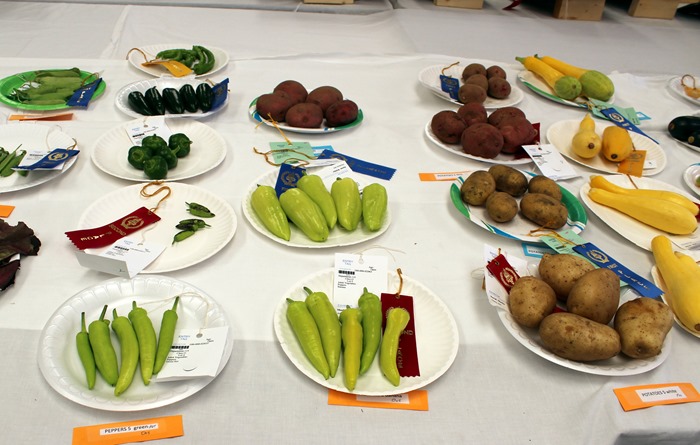 It took me a year or two to figure out how to get my name on the mailing list for the premium book, but it finally happened this year.  My book arrived early in the summer and I looked through it.  I had lots of choices for contests – there were categories for jam and jelly, apple pie, muffins, brownies, fudge and more.  The contest that caught my eye, however, was the one with the biggest prize.  I decided to enter the King Arthur Baking Contest, with a grand prize of a $75 gift certificate to King Arthur Flour.  The entry required that I present an opened bag of King Arthur Flour and 2 mini-loaves of Sweet Potato Cinnamon Bread. 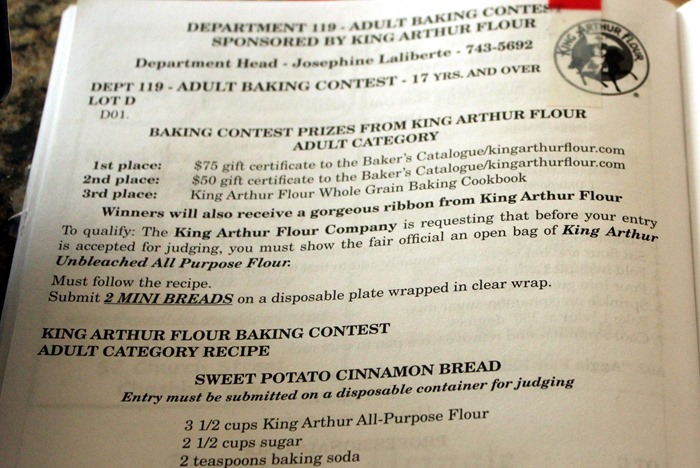 From the beginning of my baking, things were off to a rough start.  I didn’t have enough sweet potatoes (apparently it takes more than I thought to make two cups), so I had to run to the supermarket.  When I finished making the batter, it seemed like I had a ton and it almost filled all of my mini-loaf pans to the brim.  But I checked the ingredient list several times, and it seemed like I’d done everything right.

My loaves took forever to bake; probably half an hour longer than the recipe called for.  I knew it wasn’t a good sign, but I figured it was better to cook my loaves through than submit something underdone. 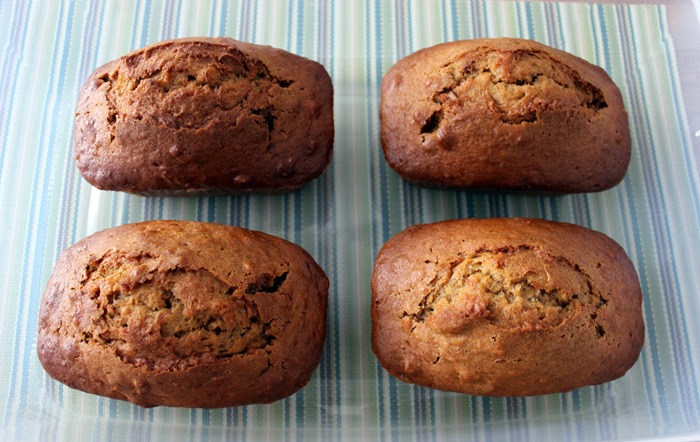 As planned (hey, something had to go according to plan!) I dropped my loaves off for judging on Friday morning; the day of the official fair start.  I kept my expectations pretty restrained.  My loaves seemed okay, but they ended up huge and I expected others would have better luck.  Sure enough, when I arrived Saturday morning to actually explore the fair, I had not placed.  It’s all good though – there were 15 entries for the King Arthur Baking Contest this year.  The volunteers told me that the first place winner had entered 7 times and never won.  That definitely made me feel better. 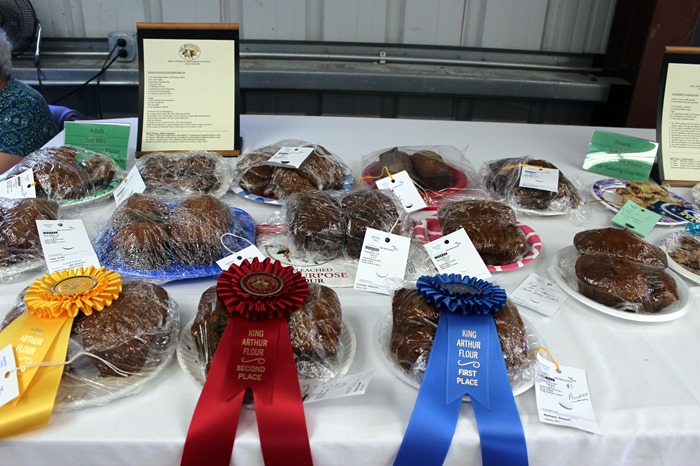 The Adams Agricultural Fair is not the biggest or the most well known place to showcase one’s skills, but I’m really glad I took the opportunity to participate.  I’ve never pitted my creations against other bakers and it was really fun to do so.  And, in the end, I’m still getting my prize, in a way.  Brian has said that we can head to Vermont next month for my birthday and spend some time at the King Arthur Bakery + Café and Baker’s Store.  I’m really looking forward to it.