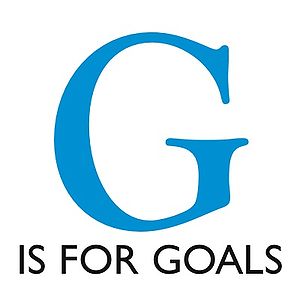 Is anyone else having a really hard time believing that it’s February already? I really don’t know where the last month went.  Nevertheless, it’s time for a update on my 2011 goals:

Eh…I did alright.  I knew this goal was going to be hard because its really vague.  I’ve gotten a couple projects done though and generally feel alright about the way I spent my month.  I still need to keep working on not wasting time online and prepping for the next day of work as soon as I get home.

2.  Read a chapter of the bible every day

This is one of the goals that I had the most success with.  I didn’t do it every day, but an average of 6 times a week is pretty good in my book.  Days when my schedule is off (Saturdays, sleeping in past my alarm, etc) are the ones I usually missed.

I don’t really want to talk about this one.  I’m not sure why I keep making it a goal-I’m horrible at it.  I’m not even sure I like water that much.  I’ve been trying to drink a lot of tea, which I think at least partially counts.  Maybe February will be better.

4.  Read at least one book a month

Towards the beginning of the month I finished Squirrel Seeks Chipmunk: A Modest Bestiary

by David Sedaris.  I feel like that’s sort of cheating though because I started it in December and its a really quick read.  I’ve been working on Beard on Food: The Best Recipes and Kitchen Wisdom from the Dean of American Cooking

by James Beard for longer than I’d like to admit and I’m just not that into it, even though it’s good.  I’m going to put it aside for a while and start something else; John Adams

by David McCullough, I think.

5.  Improve my fitness by going to the gym twice a week and doing sit ups and push ups on off days

I think I’d give myself an 80% on this goal.  We’ve been really good about getting to the gym twice a week (sometimes even 3 times!), but I’m spotty on off days.  In addition to sit ups and push ups, I’m trying to keep things interesting with a 10 minute pilates for core set that I found on Netflix Instant.  I have such a weak core, it’s embarrassing…

6.  Open our home at least once a month

Mission accomplished!  We had a couple of co-workers over for dinner just over a week ago and a lovely time was had.  Weekends in February are looking busy already so it might be trickier to get something arranged, but I’m going to do my best to make it happen.

7.  Give Relishments a makeover

I’m not really planning to work on this goal until the summer.  However, I did install LinkWithin, which makes the related posts show up as pretty pictures instead of just text.  It’s a step in the right direction.

Between busyness and the ridiculous amount of snow we got this month, getting out of town has been a little tricky.  But we’ve got some local-ish travel planned for February!

In unrelated news, I joined the crowd and did the accent vlog.  It took me literally all afternoon to make a working video and then get it to correctly upload.  You need to watch the first 10 seconds or so before audio and visual line up.  All the words and questions are listed below.  Enjoy!  Disclaimer:  This is concrete proof that I really, really need a hair cut.

Do you have any words that you say “strangely”?

Goals in Progress: April
10 Tips for Eating Less Meat
Goals in Progress: June (+Goals I Wish I Made)
Things I Learned While Creating My 101 in 1001
Did you enjoy this post? Share it!
« Highlights: Cheesy Blog Posts
The Other Clam Chowder »