I apparently misplaced the month of June, because here it is, July 2nd, and I’m not sure where I put the last 30 days.  I couldn’t even get the post up yesterday when I intended to because I was still coming to grips with the fact that it is, in fact, July. Isn’t that always the way?  Between the ending of school (graduation, review, final exams, inputting grades, applying for a position for next year) and 4 days in Ocean City, the month was a blur.  That probably doesn’t bode well for my progress.

We’re officially halfway through the year now.  It’s become pretty clear to me which of my goals were reasonable and which ones were poorly written.  So, in addition to evaluating my progress for June, I’m also going to evaluate the goals I made and suggest improvements to them.

There wasn’t a lot of time I could waste this month.  A lot of things needed to be done by June 20th when I finished the school year.  So, I was productive by necessity.  Now I just need to get reoriented to my less structured summer schedule and make sure I don’t waste away the entire month of July.  Goal I Wish I Made: Not sure, but something more along the lines of “Create a posting schedule and stick to it” (I have a schedule, and it gets changed at least once a week because something—like this post—doesn’t go up on time) or “Complete lesson plans before logging on to the internet” or “Limit internet time to 2 hours a day”.  Something more specific, because it’s really hard to gauge whether I’m wasting time.

2.  Read a chapter of the bible every day

This goal has been harder than I expected.  Here’s to increasing my reading in July!  Goal I Wish I Made:  N/A.  I like this goal a lot, even if I’m not doing the best job with it.

It’s hot.  I’m thirsty.  Thanks, summer, for helping me meet this goal!  But drinking more liquid only because I’m running and it’s hot out doesn’t seem to completely match the intent of this goal. Goal I Wish I Made:  Again, something more specific, like “Drink at least one water bottle of water a day and drink something else with every meal.” 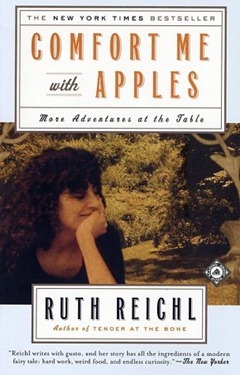 4.  Read at least one book a month

I finished Committed by Elizabeth Gilbert at the beginning of the month.  I love Elizabeth Gilbert; I’ve read every book she’s written.  Committed was a neat mix of personal story and cultural research.  I’m currently very close to the end of Comfort Me with Apples by Ruth Reichl.  I’d forgotten how much I like her writing, although I’ve read Garlic and Sapphires.  As a result, her other books have been added to my To Read list, which is getting increasingly out of control.  I’m loving GoodReads, but it’s making it much too easy to discover new books to read. Goal I Wish I Made: “Read at least 12 books this year”, which would save me the stress of trying to cram the last half of a book into the last couple days of a month.  I consistently finish books just after a new month has started and its annoying. 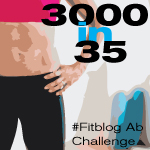 5.  Improve my fitness by going to the gym twice a week and doing sit ups and push ups on off days

I really wish I’d made this goal more general because, though its not a bad goal, it’s not exactly where my fitness motivations currently lie.  June was an awful month for gym attendance, but I’ve been running regularly in training for my second 5k race on July 16th.  Yesterday started the new #Fitblog ab challenge, 3000 in 35, which I’m really excited about (in a “I hope I don’t just stop doing it partway in like I did with the PIPES challenge” sort of way) Goal I Wish I Made: “Do something physically active at least 3 times a week.”  I don’t think I’m the workout every day type of person.  Now that I’m discovering how much I like running, the gym seems less and less appealing.

6.  Open our home at least once a month

Fail.  We had some talks with friends about getting together, so I thought it was going to happen, but it didn’t.  I’ve already sent out an invite to friends for July though, so maybe I can double up. Goal I Wish I Made: I’m pretty happy with this goal, though (again) it could’ve been a little less constricting like “Have at least 12 different groups of people over to the apartment”.

7.  Give Relishments a makeover

Next year I’m going to make more goals like this one—goals that I can complete once and be done with.  I revamped the site in April.  This month there’s been a few minor tweaks, such as the “I’m attending HLS 2011” and “3000 in 35” badges on the right side bar.  I also have a revelation about picture formatting that I hope is going to help me out in the future.  Goal I Wish I Made: N/A.  I like this goal and I feel great about how it turned out. 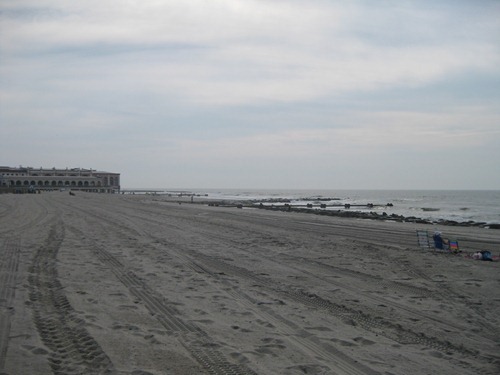 Have I talked enough about Ocean City?  We also spent a day in southern Berkshire County with Brian’s parents, antique shopping and going out to eat.  Goal I Wish I Made:  N/A. I like this goal and still think that visiting 1 new place a month, local or far away, is reasonable.

Don’t forget to check out my 2011 goals page to see how I’ve been progressing since January!

Goals in Progress: July
10 Tips for Eating Less Meat
A Look Back on My 2016 Word: Connect
Investing in Summer–Blog Updates, Home Impro...
Did you enjoy this post? Share it!
« The 5 Best Things I Ate in Ocean City
Highlights: Trader Joe’s »