Despite the lack of feedback on last week’s post, I’ve decided to shift the focus of my meal plans to be “CSA Menu Plans”.  When I began posting menu plans, sharing how I was planning to use what I’d picked up at the farm was of the goals and I feel like I lost a little bit of that along the way.  I’ve seen enough posts online to know that it can be really hard to figure out how to use seasonal produce and I’m hoping  others find my ideas useful.  That said, I sometimes spend a long time planning menus because I don’t know what I’m going to do with it either!  I’ll just be sharing plans that involve my CSA produce, but as there’s so much of it, that pretty much covers all the meals.

As you can see, there were a lot of greens available last week.  Greens, and not a lot more.  I think there were some turnips and kohlrabi, but we already had both of those in our fridge from the previous week…and we ate them all winter, so we’re very ready for greens.  It was really hard for me to come up with ways to use all these leaves and I wouldn’t be surprised if we still have some left this weekend when we go for our third pick up of the season.  Getting back in the weekly CSA routine is tricky!

The agenda for the week

(which started last Friday, but as usual, I’m behind on my posting schedule.  Plus this way I have pictures to share!) 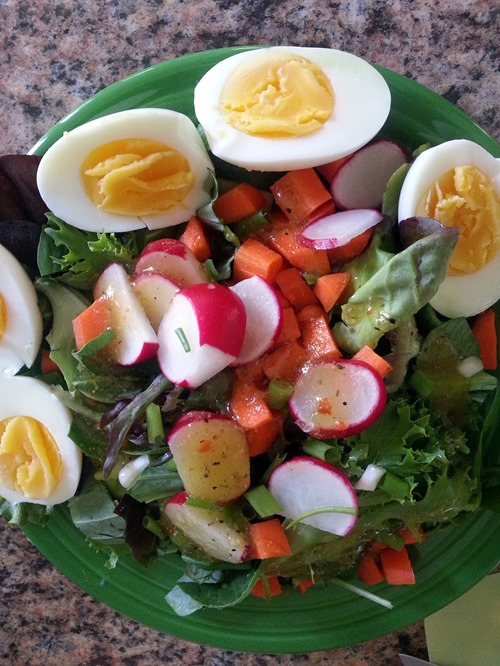 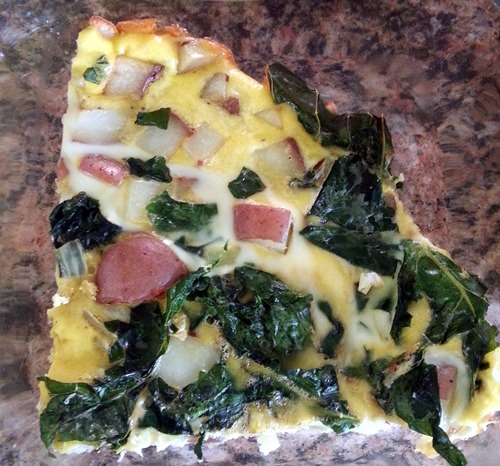 Kale: Kale, onion, potato + parmesan frittata, which we ate for lunch on Monday and Tuesday; kale chips as a side for the radish green soup (see below) 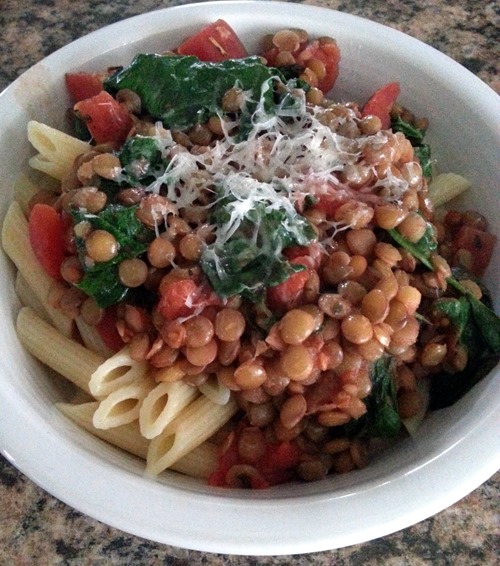 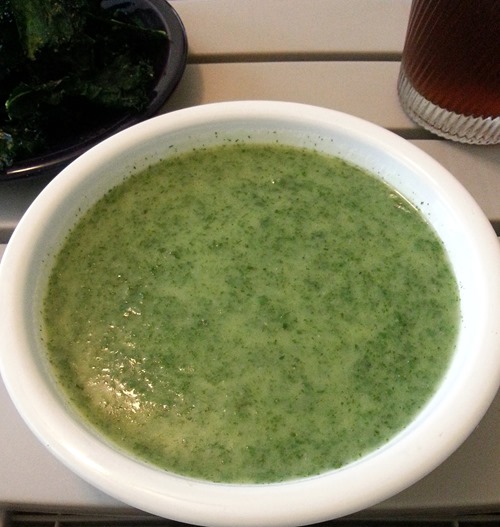 Radishes:  I used about half the greens to make a radish green and potato soup from The Victory Garden Cookbook

that was surprisingly good.  I’ll definitely be revisiting it again.  Also, as you can see above, radishes make appearances in all the salads.

Lettuce + salad mix: side salads throughout the week

Swiss Chard:  Polenta Pizza with Chard (adapted from this recipe, but I’ll be simplifying the topping)

Radishes: roasted to be served alongside…something.  Maybe the polenta pizzas or tacos?  I’m really not sure why I thought I could make use of three bunches.

Scallions: likely mixed with eggs over the weekend and thrown into other things like salads, but I should probably come up with a more solid plan than that!

Spinach: We have a spinach overload, as there’s still come from the pick up prior to this one.  I’m thinking omelets this weekend?