A Relishments first: My wonderful husband has agreed to write a guest post for me!  Apparently, if you cook dinner in our house, you have to write about it after.  Thanks Brian! 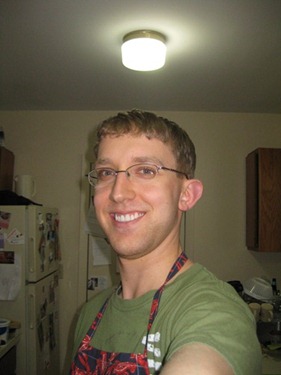 What happens when Em has a lot to do and leaves me, her husband, to cook dinner? Does the house burn down? Do I cut myself and have to be rushed to the ER? Probably not. I, thankfully, was trained at a young age to cook for myself and follow instructions. 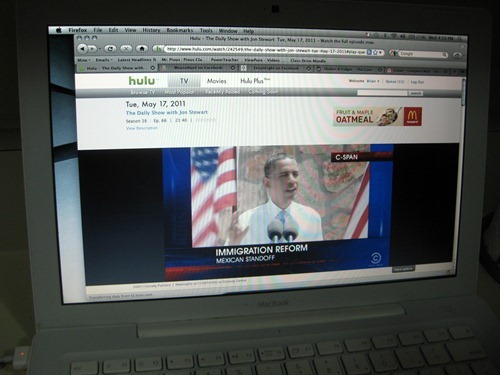 First off, when I was left to cook the meal, I set up both laptops, one to run Hulu and YouTube videos for entertainment (Daily Show, Colbert Report, Husky StarCraft, and hankgames)  and the other showing the recipe for Chickpea Casserole with Lemon, Herbs and Shallots from The Kitchn (which I constantly think is a spelling error when asked to read Em’s blog posts. Apparently it is cool to mess around with the spelling of words, taking away or adding letters or symbols like p10u5 or Ke$ha). Also I had to don my lobster apron to show that men can be domestic too and take humorous pictures. The third thing I brought to the kitchen (or is it kitchn? Is that trademarked?) was masculine systematic operations. While the chickpeas and rice cooked, I prepped all the other items ahead of time so that when it was time all items could be mixed together, just like on my favorite cooking show, Good Eats.

Unlike Alton Brown I do not have an army of people to prep for me and take photos/video, so I had to do that myself using a timer. This method of prepping only lasted for the shallots, which after I minced them I read that ingredients were going to be mixed in large bowls, which I began from then on, minimizing the need to use 8 small bowls for that Food TV style of cooking (which wastes so much water in the cleaning). 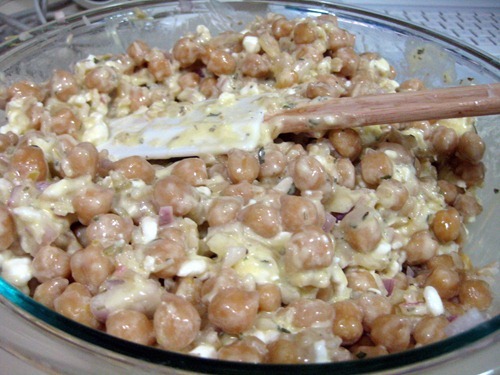 Now, the major flaw in my cooking with computers nearby is my desire to play my online games of LevynLight, Mousehunt and Shakes & Fidget. Every 5-15 minutes I got to take a turn, so that meant at anytime I would stop my preparations or cooking to take care of my other responsibilities. Also, I happened to be writing this post as I cooked, which became more difficult as I could not see due to shallot tears. In the end, everything worked well, my one gripe has to do with the number of dishes produced, but really that is only because I am used to cooking without recipes and just throwing what looking good, no measurements needed. Here everything had to be measured except for the olive oil, which resulted in a number of measuring devices used I am not used to. 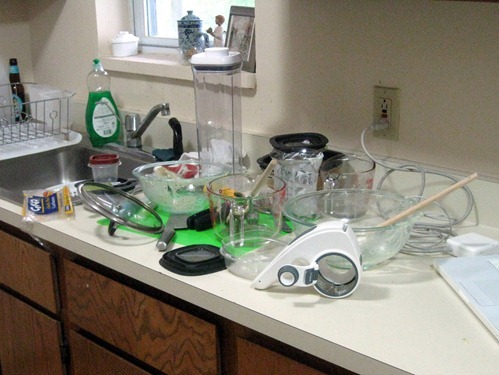 The experience was fun and relaxing, no need to perform for Em as she hovered, since she was not even in the apartment so I probably could of gotten away with not measuring, but then it would be tough to say I “used this recipe from Kitchn” (*backspaces 3 times to fix word*). Chickpeas are delicious, breadcrumbs are delicious, heck I love all these ingredients YUM! The end result was a little dry (perhaps I followed the recipe too closely?), so we topped the casserole with a yogurt-herb dressing. 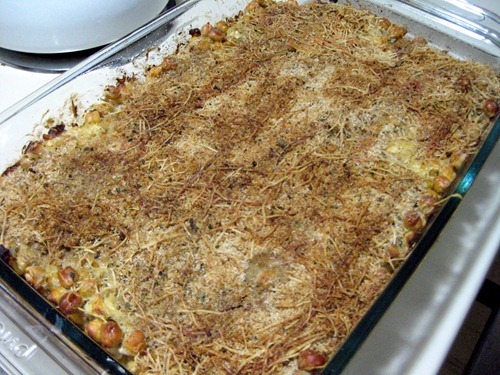 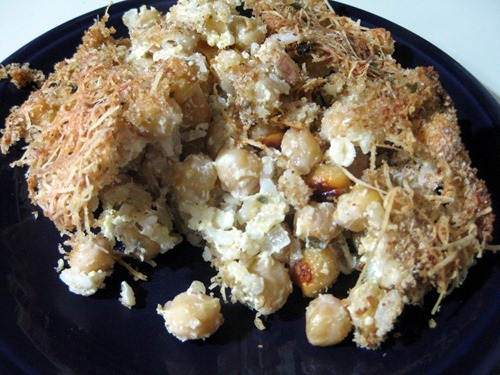 No Reservations: Mexico
Guest Post: Crafting Breakfast with Then Heather S...
How to Find the Best Farmers’ Markets {Guest...
April Food Day
Did you enjoy this post? Share it!
« Highlights: Gadgets and Gizmos
Restocking Our Vegetables (CSA Week 2) »