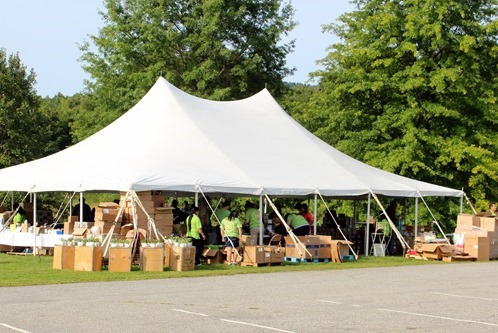 On Saturday, Brian and I headed to an event I’d had on my calendar for months: HarneyFest at the Harney and Sons Tea facilities in Millerton, NY.  I’d seen it announced and, given my love for Harney and Sons Tea (which I wrote about here and here and here), I knew I had to be there.  The flier looked like fun.  Unfortunately, that was all the information I could find.  I even contacted Harney and Sons via Facebook and Twitter in search of an agenda for the day and was told events would be on-going throughout the day.  Okay.  Fine.  It was a tea event, what more did I really need to know?

I set the GPS for Harney and Sons and we ended up at the factory, where I’d never been before but it turned out was the location of the festival.  I’d assumed it was at the shop downtown, but apparently my GPS knew better.  We immediately saw the sale tent and wandered over to do some shopping.  Even though it was shortly after 9 am they still seemed to be doing a decent amount of setting up and getting organized.  A few early Christmas present purchases later, we inquired about the advertised factory tours.  They would be starting at 10 am, we were told. 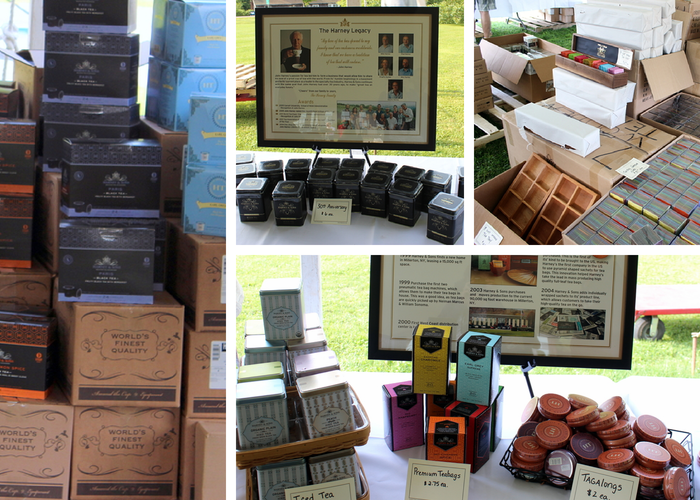 I was not impressed with that response; there wasn’t much else to do at the festival at that point and I’d been advised that events would be “on-going”.  But we were there and a tea factory tour sounded really interesting, so we signed up.  While we waited, Brian purchased one of the breakfast sandwiches they were making to order and we sipped some free tea.  And, by 9:15, they decided to start the first tour based on the number of people who had signed up.  Perfect.

I am so glad we did the tour.  I’d never really thought before about how tea leaves are blended and put into bags and this tour afforded us the opportunity to see it all.  All of the Harney and Sons blends are made and packaged at the Millerton factory and it was so interesting to see the equipment.  We started with the blending machinery, which spins the tea ingredients for hours, and then moved on to the machine that makes the tea bags – 300 per minute – and attaches their tags and puts them into boxes. 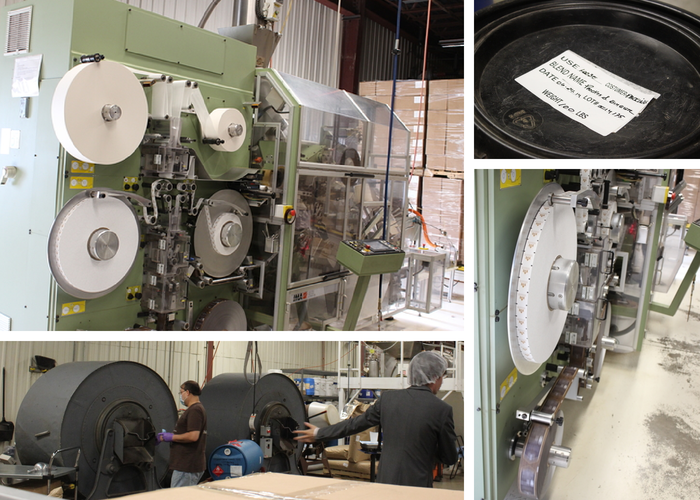 The tour also included a view of the machines that make the sachets and the iced tea bags.  It was really interesting to me which items at the factory are done by machines and which ones are done by human beings.  Some of the tea is boxed by machine, others by hand.  Our tour guide was very knowledgeable and the vibe in the factory, which featured many workers on a Saturday, was upbeat. 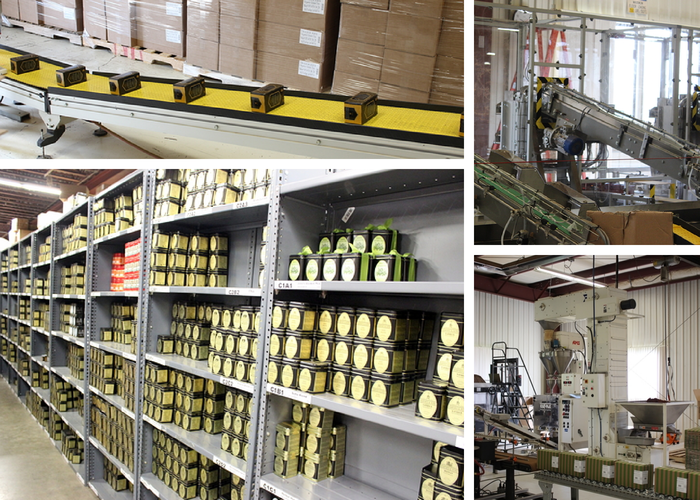 I’ve done several factory tours in the past, but it was especially awesome to tour the facilities of a brand and product I love.  I could’ve watched tea bags get assembled and boxes go down conveyor belts for hours (but I’m a nerd).  So much tea!  I was in awe. 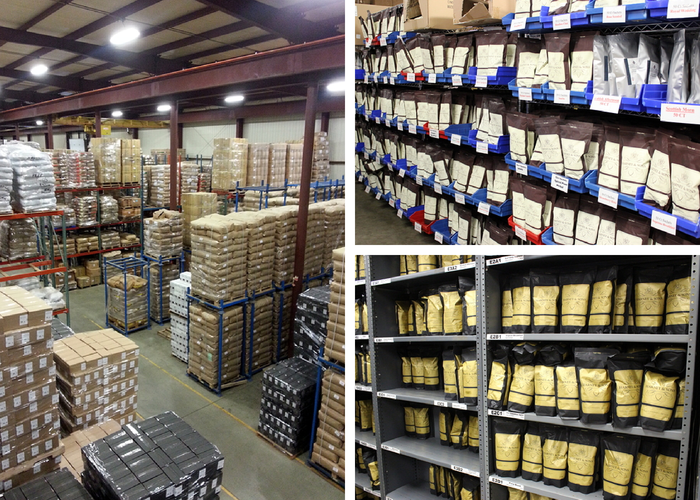 After the tour, we went back into the factory to create our own tea blend – for free.  They had black, white and green tea leaves available along with a wide variety of other items to blend in.  It wasn’t complicated, but it was fun.  We were each given a tin and a bin to create the tea of our dreams; we scooped ingredients into the bin, shook them up and then poured them into the tin.  I made a blend of black and white tea with chocolate, vanilla and orange (it’s awesome!) and Brian made a mix of black tea with rose and strawberry kiwi (rumor has it that it’s pretty good, though I’m not convinced). 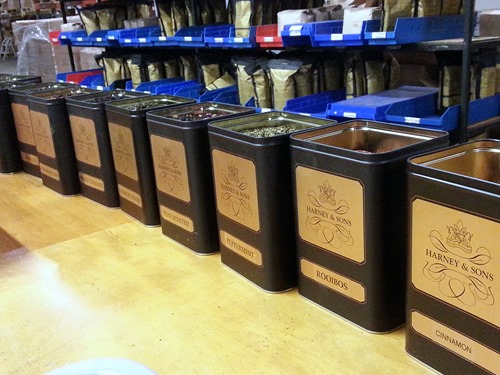 I really enjoyed Harneyfest, despite it’s slight disorganization and the fact that when we left around 10:30 it seemed that we’d done pretty much everything there was to do.  Perhaps that changed later in the day.  The deals and selection in the sale tent were good, the tour was really interesting and we got 2 free tins of tea out of it.  My impression is that Harneyfest will be an annual event (this was the second festival) and I’d be interested in returning again, especially on a day when I don’t have somewhere else to be in the afternoon.

Of course, we couldn’t leave Millerton without a visit to the Harney and Sons store downtown.  In addition to the teas we blended, we picked up tins of loose leaf Tower of London and Rooibos Chai.  We also made the leap from the normal 4 ounce containers to a half pound of Soho, because I am obsessed.  Though we managed to do everything I wanted to on Saturday morning, we were also back in the Berkshires by 1 pm, which was awesome for my afternoon plans.

#11, #39, #40: NYC and GoogaMooga
Recent Purchases: Candy and Tea
The Great GoogaMooga, in Pictures
A Perfect Thanksgiving Weekend in NJ
Did you enjoy this post? Share it!
« Highlights: Holding on to Summer
Whole Roasted Squash »