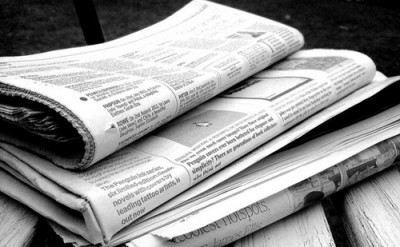 The USDA is now saying that almonds may have 20 percent fewer calories than previously believed, which is awesome considering the number of almonds I’ve been known to consume. (via NPR)

The Oxford Online Dictionary has added a bunch of new food-related words.  (via Huffington Post)

Developmental rights to 445 acres of Berkshire farmland was purchased by the state, which will prevent the land from being used for anything but agriculture.

A lot of news outlets picked up on the National Resources Defense Council report that Americans throw away 40% of their food.  I don’t think I waste that might food, but maybe I do.  Luckily (back to good news), NPR has a post about groups that are trying to do something about this problem.

Not surprisingly, artificial butter flavoring isn’t good for you.  FoodBeast has a post about the popcorn topping’s possible link to Alzheimer’s disease.

CNN has this fairly depressing story about how badly mid-western dairy farmers are being affected by the current drought.  I’m really curious to see how this drought affects prices on all kinds of goods nationally.

Bread prices worldwide are expected to rise significantly as a result of the drought, reports the Huffington Post

At least one desperate farmer is feeding his cattle candy because corn prices are so high.  Last time I checked, cows aren’t supposed to eat candy…or corn. (thanks to Mark Bittman for the link)

A recent study reached the conclusion that egg yolks are almost as bad for your carotid arteries as smoking. I’m not sure I completely agree, but The Atlantic article is interesting.

A recent study, reported in The Atlantic, concluded that high-fructose corn syrup is no worse than “real sugar”.  I can’t decide if this is good or bad, but I’m leaning towards bad.  Unless you want an excuse to consume high fructose corn syrup, then it’s good.

Finally, if you haven’t already seen it, check out this video of an interesting (but very practical) way to separate eggs.  I haven’t tried it yet myself, but I kind of want to

Highlights: Christmas Trivia
$30 a Week, Tweeting Foodies and Food52: Highlight...
Highlights: The Most Useful
Highlights: Ingredients
Did you enjoy this post? Share it!
« #43: Go to a wine tasting
HLS: Thoughts a Week Later »