I love pasta.  If I could eat pasta every day and not suffer any ill effects, I probably would.  As it is, we generally have some sort of pasta dish once a week.  One of the best things about pasta is its versatility, as demonstrated by this week’s picks:

The Kitchn has 7 ideas for spring pasta dishes. For an Asian twist, Mark Bittman has a recipe for cold noodles with peanut or sesame sauce.

Check out this pasta with meyer lemon and basil on Serious Eats.  So simple and yet it sounds so tasty.  Reminds me of penne with lemon, potatoes and cannellini beans. 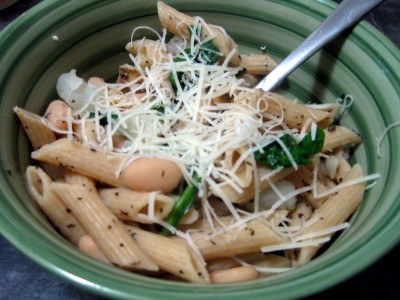 Food and Wine has a recipe for basic pasta dough.  I’ve never made my own pasta dough and I’m a little scared about doing so without a pasta maker.  As a result, I’ve had this recipe sitting in my collection for almost 3 years.  Adding to the notion that I really should try making my own pasta sometime is this lemon and goat cheese ravioli from Serious Eats.

Anyone else as ready for summer as I am?  This pasta salad with tomatoes, zucchini, and feta from The Pioneer Woman isn’t helping matters any.

Scroll down in Sarah’s post for her whole wheat shells with spinach, sun-dried tomatoes, and an egg on top.  There’s definitely a school of people who think anything can be improved with an egg on top, even pasta.  I think that may be true. 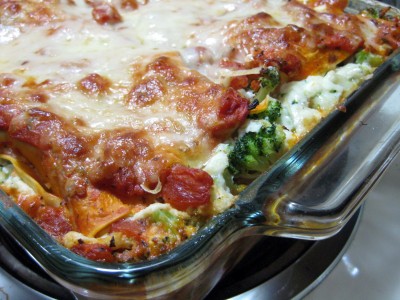 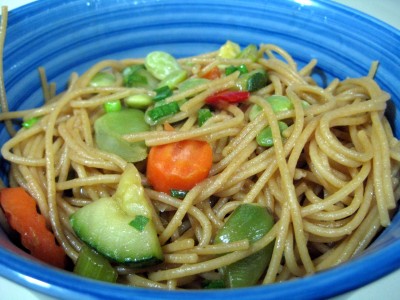 Highlights: Popsicles
Highlights: The Incredible, Edible Egg
Highlights: In Case You Missed It
Highlights: Gadgets and Gizmos
Did you enjoy this post? Share it!
« Goals in Progress: March (+ April Food Day!)
It’s All in the Timing »