Tomorrow is the last day of school until September.  At the risk of sounding like everyone else I work with, I really don’t know where this year went.  I’m not as excited about summer as you’d expect a teacher to be; I kind of feel like I just got into the groove of what I’m doing.  Luckily, summer school starts in  few weeks and I’ll be back in the classroom.

This summer, I’m really going to try my best to make the most of my more flexible and open schedule.  I have a lot of fun things I plan to accomplish, including some reading I probably should’ve done when I was in high school but somehow missed.  I want to make the most of the upcoming months in every way possible.  (I know, I aim high.) 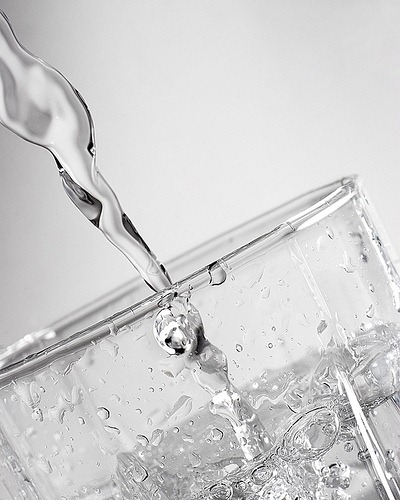 Beverages are one of the most obvious places my Reader has seen a shift in the past few weeks and it’s making me even more excited for warm weather.  The approach of summer (and the existence of national iced tea month) resulted in more drink recipes than I’ll probably ever use.  Generally speaking I don’t get too creative with my drinks; I might add something to iced tea or cranberry juice, but I’m usually too cheap for making real mixed drinks.  Still, these posts kind of make me want to change that…

Serious Eats was all over the alcoholic beverages this month. Not only did they post a recipe for Raspberry and Rum Iced Tea, they also tested all the Barefoot red wines and Barefoot sparkling wines. I generally shy away from red or sparkling wines (though I am a moscato fan), but that could change at any time. There’s also a fairly in-depth post about whether all those differently shaped beer glasses are really necessary.

The first time I ever saw a Thai iced tea was 2 days ago when I went out to dinner with Cynthia and she ordered one.  It certainly looked interesting, but we were too busy discussing other things to have a conversation about iced tea.  This Serious Eats recipe for Coconutty Thai Iced Tea is dairy-free and sounds awesome, as does anything with coconut.

Speaking of coconut, I was intrigued by Endless Simmer’s Mango Coconut Mojito until I noticed that it uses Sprite Zero, which just doesn’t appeal to me.  I’m sure I could substitute with something else, I just don’t know what.

Huffington Post also has a collection of 7 modern iced teas with a twist, including a white tea sangria and a non-alcoholic blueberries and lavender cooler.

Lemonade rarely happens around here, as I just don’t have the patience for squeezing all the required lemons, but the Roasted Peach Lemonade on The Naptime Chef sounds right up my alley.  It calls for premade lemonade, which doesn’t really solve my problem, but the idea is so tempting I might have to get some lemons. (via The Kitchn)

I haven’t been able to find them in stores yet, but Snapple recently released a collection of lightly sweetened teas.  Serious Eats tasted and reviewed them and despite what they say, I still want to try them)\.

These Space Invaders drink markers seem like a genius idea that’s just waiting for more applications—they’re silicone so they stick to beer bottles and can be reused.  I really think they need to make these in a bunch of different designs.

FoodBeast reports that VitaminWater has gotten into the coconut water trend with a new flavor: Coco-Refresh. I’ve never had vitamin water, but if there’s a coconut flavor, that might change. (Maybe this week’s highlight’s should have been about coconut?)

Over the past couple years, I’ve also really come to love ginger, though not as much as coconut.  This Kitchn post about the difference between ginger ale and ginger beer answers a question I didn’t even realize I had.

I also didn’t know what an agua fresca was, but according to the Kitchn it’s a “beverage made with pureed fruit, water, a touch of sugar and maybe some lime juice or herbs”.  Sounds good to me!  In addition to enlightening me, the Kitchn also posted 10 recipes for agua fresca.

On Feeding My Sunshine, Alexis posted a recipe for a pitcher of Watermelon Agua Fresca that sounds really manageable.  Maybe I need to have a party this summer…

This Iced Green-Ginger-Mint Tea posted on Huffington Post sounds incredibly refreshing. It’s also really basic and simple, allowing for the amounts of ginger or mint to be adjusted to your liking. This one might actually happen before September.

Highlights: Back to School (Part 4)
Highlights: Food in the News, Part 2
On the Lack of Highlights
Highlights: Pinterest Links and Foodies to Follow
Did you enjoy this post? Share it!
« My HLS History Repeats Itself
Don’t Be Wasteful: Make Spring Greens Pesto »