I have been planning to host a soup swap for literally years.  I think I first heard of the concept in 2014, when someone shared information about it on Facebook.  But it was too late that winter to get my act together to actually host one.  In 2015, I had fantastic intentions to actually swap soup with my friends, but I never got around to putting it on the calendar.  But 2016 was my year, and I finally scheduled a soup swap and invited a bunch of my friends.  The fact that I finally got organized this year is especially fitting, seeing as my word for 2016 is connect. 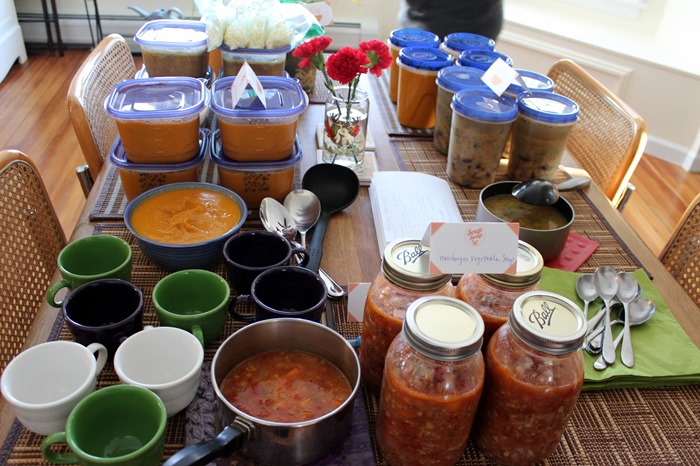 Of course, it wasn’t that easy.  I ended up rescheduling the event from the first weekend in February to this past weekend because so few people could come on the original date.  It is so hard to get people to add anything additional to their schedules.  I was thrilled when we ended up with 7 swappers for the afternoon event at my house.

Despite how impressed my friends were with the concept, I cannot take credit for the idea of a Soup Swap.  The idea is pretty simple and not unlike a cookie swap.  People bring containers of soup (a quart seems to be the popular recommendation) and a bit for samples and then everyone trades soups and takes home different soups than they came with.  The Kitchn ran a series on hosting soup swaps last winter and I made good use of their advice and printables for my event. 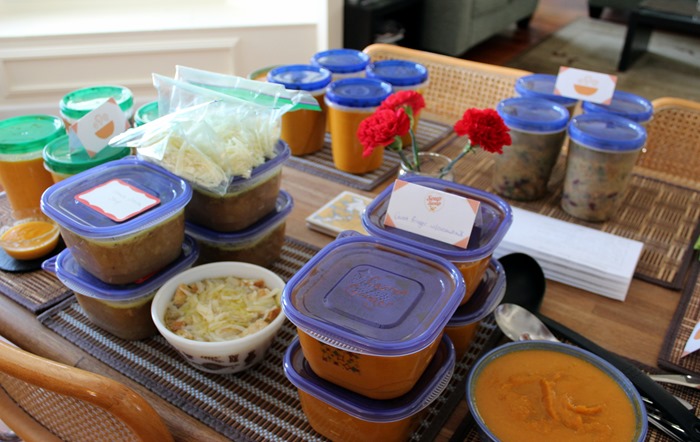 As everyone arrived, they arranged their soup containers on the table, warmed up their sample and filled in a card with the name of their soup.  I made Minimalist Baker’s Curried Butternut Squash Soup and by some miracle, everyone brought something different.  My guests contributed Hamburger Vegetable, Spicy Lentil, French Onion, Chicken Pesto, Carrot Ginger, and Mushroom Bean soups.  I was also pleasantly surprised to discover that everyone seemed to like all the soups and there were multiple options for the vegetarian in attendance. 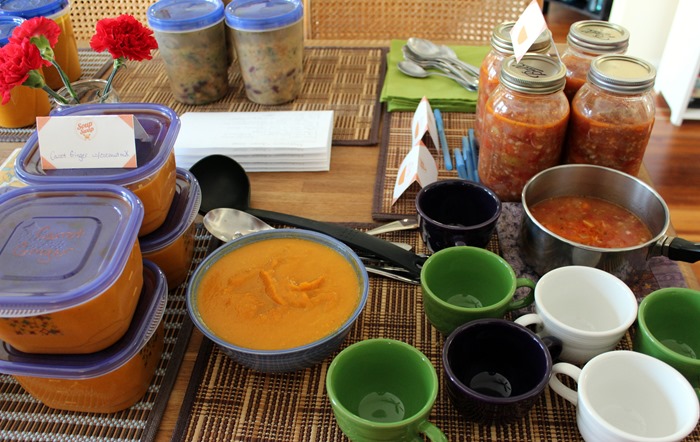 I hadn’t figured out all of the logistical details before we began, but I made some decisions on the fly and soon everyone was sipping soups and chatting.  Mostly sipping.  I provided snacks to enjoy with our soup – fresh baked bread, crackers, sliced cheese and carrot and celery sticks.  We had an awesome time hanging out and enjoying the soup swap.  Everyone agreed this this needs to be an annual event – it was so fun to try new varieties of soups, people’s family recipes and new ideas – and it was really nice to have an afternoon with my friends.  Some people stayed for almost three hours, just snacking and socializing.

Some things that worked for me: 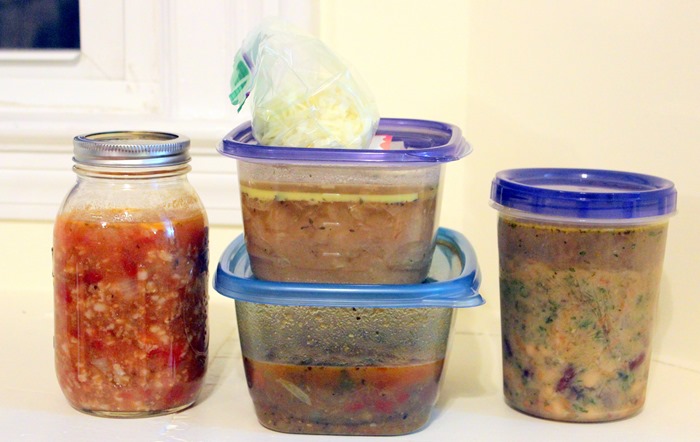 In the end, I selected Hamburger Vegetable, French Onion (my friend Jean provided shredded cheese to go with her soup), Spicy Lentil and Mushroom Bean.  We’re eating the French Onion and Mushroom Bean this week and put the other two in the freezer.  I’m so looking forward to doing this again next year! 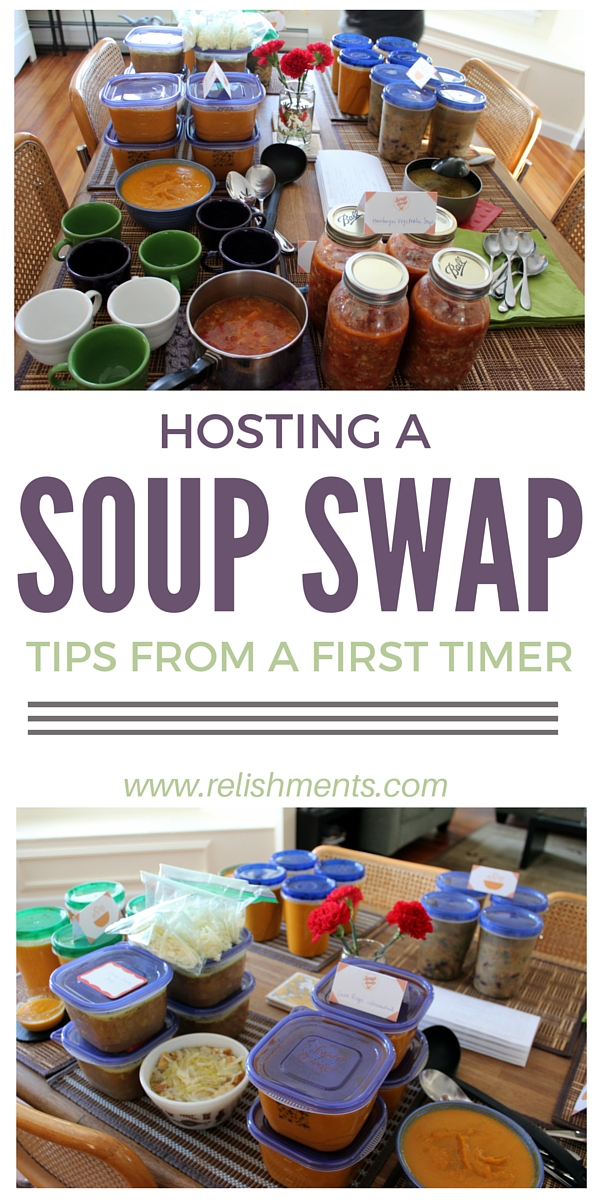