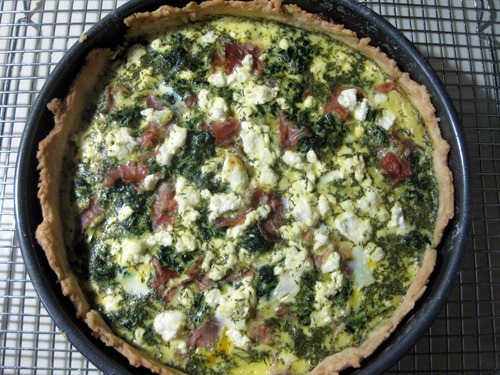 With a constant supply of delicious eggs coming from our CSA, it seems only natural to make egg-based dishes.  I’ve done a few frittatas, which are so simple and quick to make, but this weekend I decided to step it up a bit and make a quiche.

I used this recipe for Smoked Salmon, Dill and Goat Cheese Quiche from Simply Recipes, which has been kicking around in my Evernote account for who knows how long (For the record: I’m up to 1572 notes, 99% of which are food related).  To make the crust, I used the suggested recipe for All Butter Crust for Sweet and Savory Pies (Pâte Brisée).  I spent the better part of my Sunday afternoon and evening creating this meal—good things school’s almost over and I didn’t have any prep to do!  It was all worth it though; this quiche was one of the best things to come out of my kitchen in a long time.

A few notes about this quiche:

I also made the following additions and substitutions to the original recipe:

As you can see, there were a couple minor issues with the finished product:

My crust had a little bit of a leak, resulting in filling on both sides of the crust.  Still, it came out of the pan fine and the taste wasn’t affected. 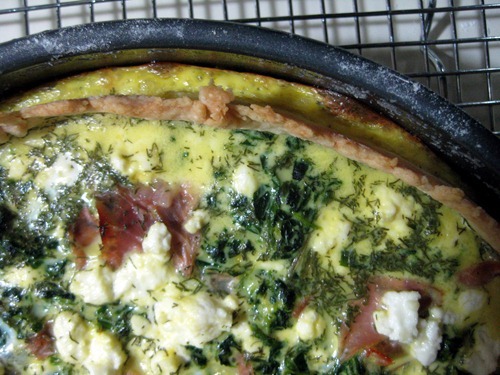 The quiche was a bit mushier than I normally like my quiche to be.  I think the addition of the frozen spinach, which probably wasn’t as drained as it should’ve been, probably contributed to that.  Regardless, the crust stood up to the mushiness well and the taste was incredible. 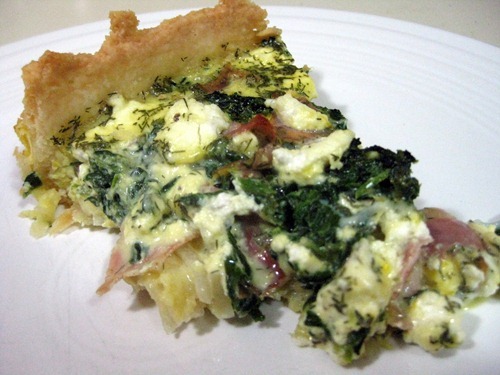 Have I mentioned that this quiche was delicious?  It was completely worth spending my entire Sunday afternoon creating it-I love working hard on food and having the quality of the finished product equal the effort put it.  The flavors of the dill, goat cheese and lemon zest were so fresh and flavorful.  I think this one may make another appearance before the summer’s out. 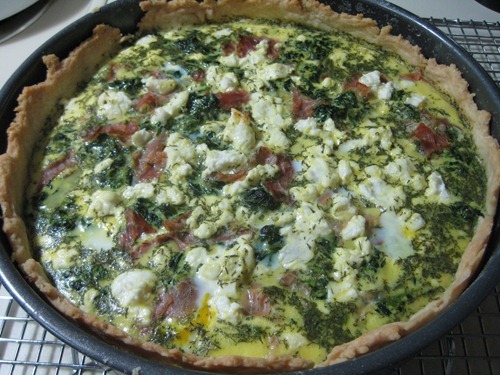 Everyone Else is Talking About the Garden…
Recommended Recipe: Curry Tofu Tacos With Pintos &...
New Adventures: The Best Recipes I Tried In Februa...
Relishments Bakes Results: Popovers
Did you enjoy this post? Share it!
« Sun-kissed Strawberries (CSA Week 4)
Highlights: Hello, Summer! »