It’s only been a few days, but it appears that my first attempt at canning jam was successful.  Here’s a very abbreviated version of how it happened: 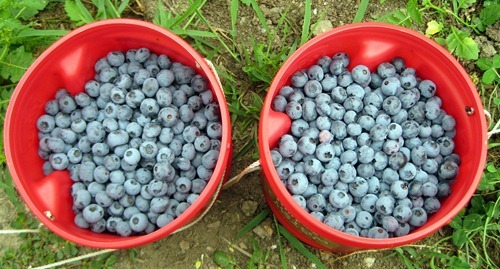 As you may recall, we picked nearly 10 pints of blueberries last Friday with the intent of making blueberry jam.  I used the recipe posted just days before on Food in Jars, but left out the spices.

First we mashed the blueberries, during which time we discovered that we did not need all 8 pints to make 6 cups of blueberry mush.  Brian did most of the blueberry mashing, because his arms have better stamina than mine. 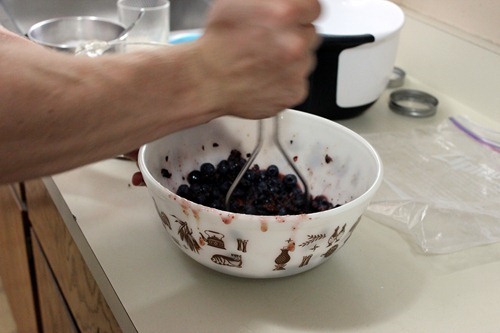 Meanwhile, I washed all the canning equipment and supplies and set them aside while the water heated up. 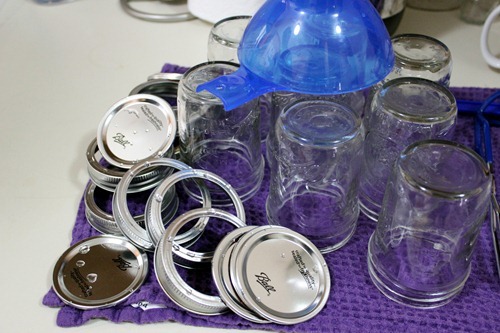 Once mashed, the blueberries were combined with sugar, lemon zest and lemon juice and cooked.  Eventually we added the pectin, then cooked a little bit more.  Of all the recipes I’ve canned so far, this was one of the least labor intensive.  I expected as much, which is one of the reasons I choose blueberries. It’s much easier to mash fruit than carefully dice it. 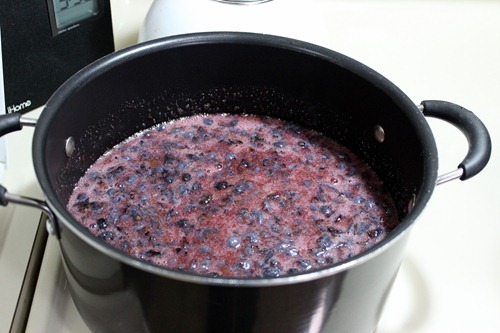 We poured the jam into half pint jars and processed them in the canner. 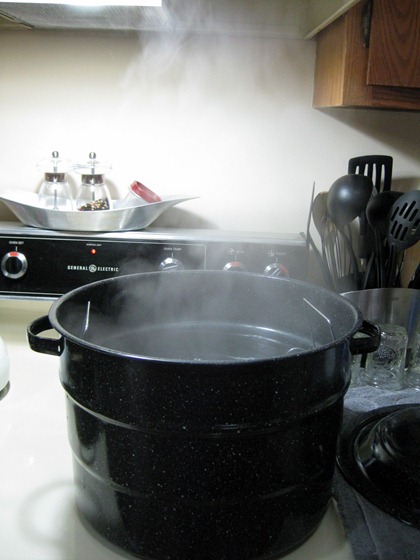 I was surprised to discover that our batch made over 8 jars (good thing I sanitized extra jars!).  The leftover went into a jar that went straight into the fridge.  The pectin package suggested waiting 2 weeks to see if the jam had set, but early signs look excellent.  The jam seems really firm in the jars already.  The pectin not setting up was my biggest concern with this recipe, so I’ll be thrilled if it works out. 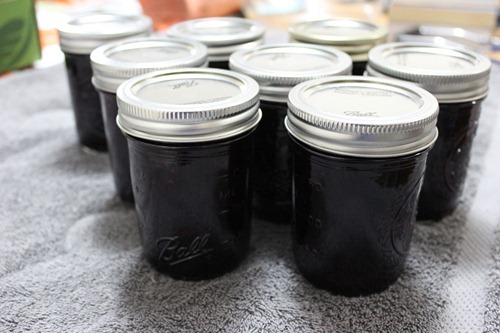 Brian has tried some of the jam that was put in the fridge and he really liked it.  He said it tastes much more like blueberries than any jam he’s had before.  Now that I’ve gotten my first canning project of the year completed, I’m really ready for another one.  Pickled green beans?