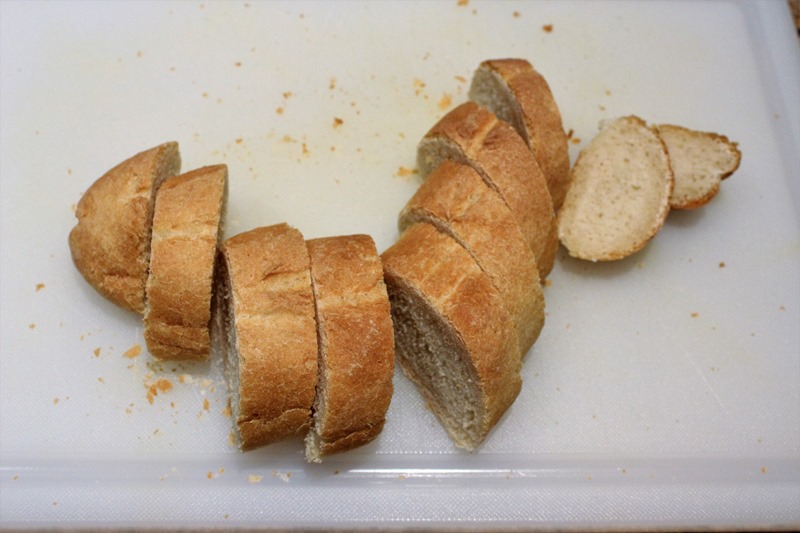 Before I talk about baguettes, I’d like to point out 2 things: this post is not a menu plan (though it probably should be, because if I haven’t posted one here, that means there isn’t one.  In other words, I don’t know what’s for dinner tomorrow) and I made this month’s King Arthur Flour Bakealong before the last week of the month.  These days, those are pretty big blog accomplishments.

Anyway, on to the bread! 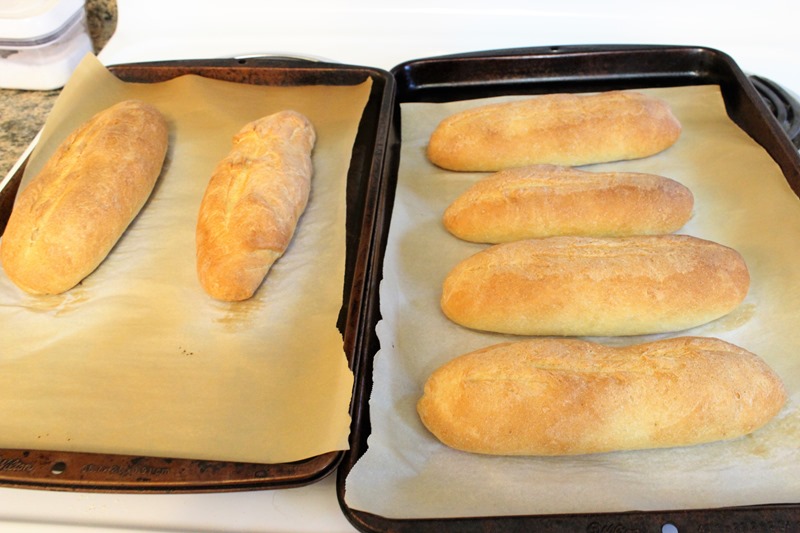 I’ve really enjoyed the way that the monthly bakealong projects have challenged my baking skills and experiences.  Even though I’ve made some challenging recipes over the past several months, I still felt a little concerned about this month’s project: baguettes.  I’ve had mixed (mostly poor) success with shaping loaves and rolls.  Nevertheless, I opted to give it a go. 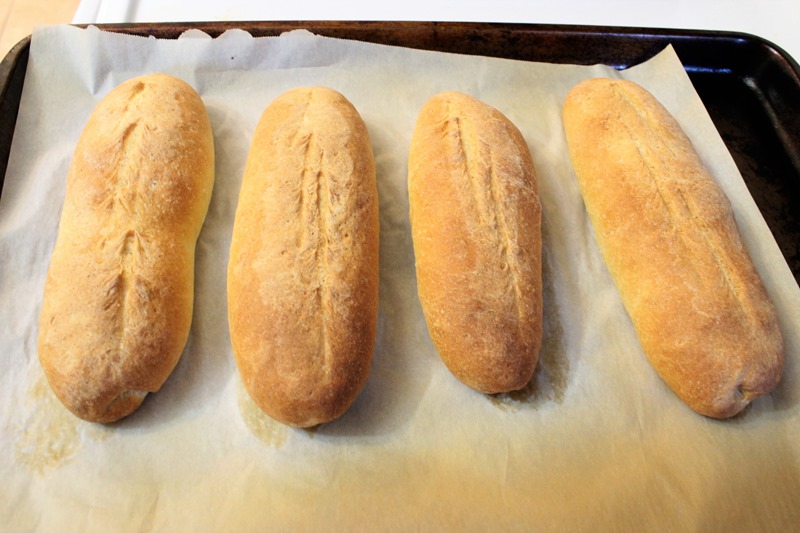 In short, this recipe is time consuming, but simple.  There’s a starter (poolish) that’s made the night before, which I ended up putting in the fridge while we were at church because I was going to be way over the 14 hour resting period.  Then the starter and dough ingredients are combined and the dough rises in a bowl.  I used my KitchenAid stand mixer for that step and didn’t have any problems.  After the dough rises for 90 minutes, it is divided into thirds (or sixths in my case) and rises for 15 to 60 minutes.  Next the dough portions are shaped into loaves.  I needed to look at the step by step photos to understand what I was doing for this step, but I was really happy with the shape I ended up with.  The loaves rise for 45 minutes, get sliced on top and are baked for another 25 minutes or so.  Very little labor, plenty of time. 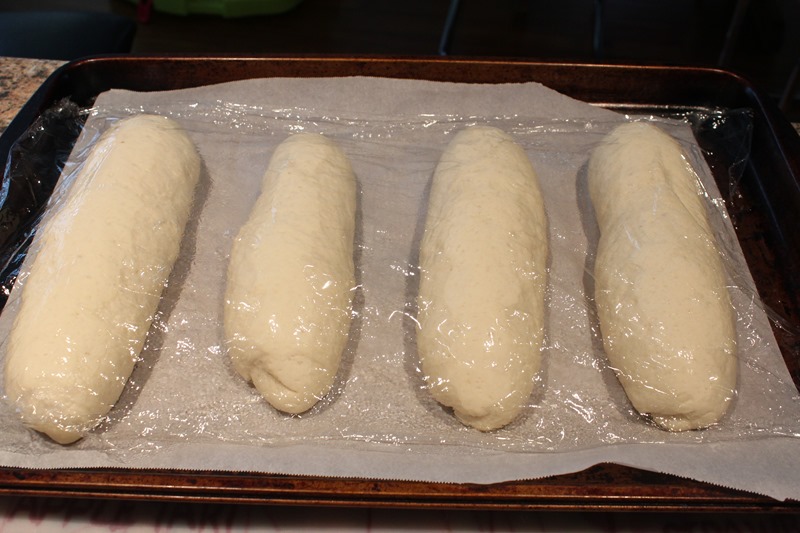 I knew before starting the recipes that I was going to make demi-baguettes.  I figured they’d be easier to shape, fit in the oven and store.  I’m still very happy with that decision.  One of the best things about this recipe (and the King Arthur recipes in general) is the number of options and substitutions provided.  Though there were instructions for baking with a baguette pan and using the special tool to slice the tops, there are also modifications for baking stones and cookie sheets, as well as slicing with a knife.

My knife slicing definitely did not turn out great; I think I need to make deeper cuts next time and at a different angle.  The loaves also lost some of their shape in the last rise and I’d like them to be a bit longer and thinner.  I would say that the bread itself is not as light or open as I would prefer, but the loaves definitely look decent and taste great. 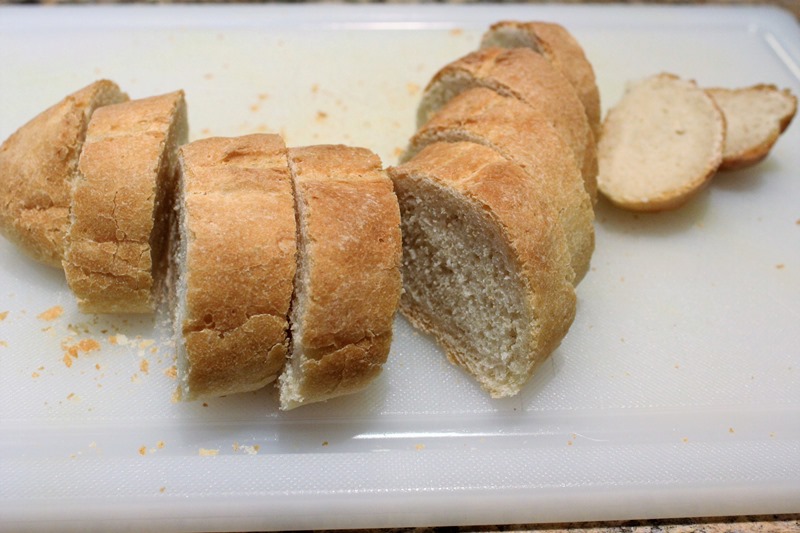 When I find myself with an open weekend day in the future, I’ll definitely be trying this recipe again and attempting to improve my technique.  In the meanwhile, we’re eating baguettes with butter for breakfast and it’s been pretty great.