This month’s recipe was Butterflake Herb Loaf, which was a “Best of Bakealong” recipe the site originally featured in the spring of 2017 when I was on blogging maternity leave. I’ve had intentions of making a pull-apart loaf for a long time – I have no shortage of 11 recipes saved in Evernote for just this application. 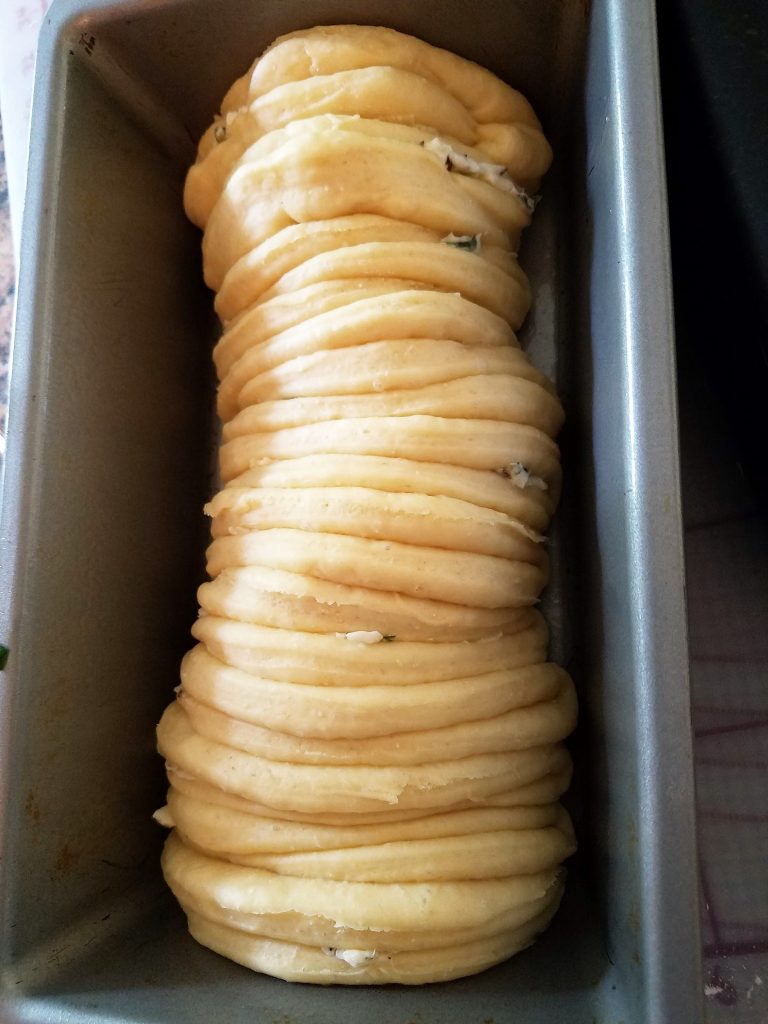 The recipe for Butterflake Herb Loaf is pretty straightforward: make the dough and let it rise (mashed potato flakes to the rescue once again!), make the herb filling, use a cutter to cut rounds of rolled dough, smear filling on each round, stack the rounds in a pan, let rise again, then bake. 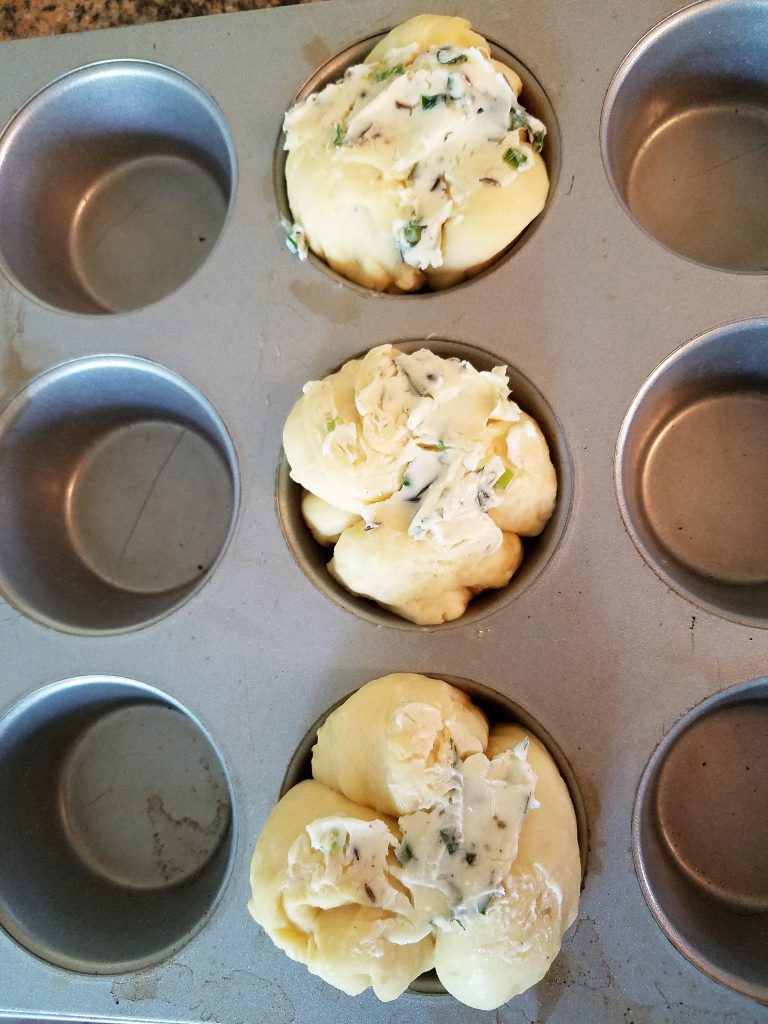 The recipe also suggested that any extra bits of dough be rolled into balls and stuffed into the wells of a muffin tin.  I had enough dough left over to do this three times. 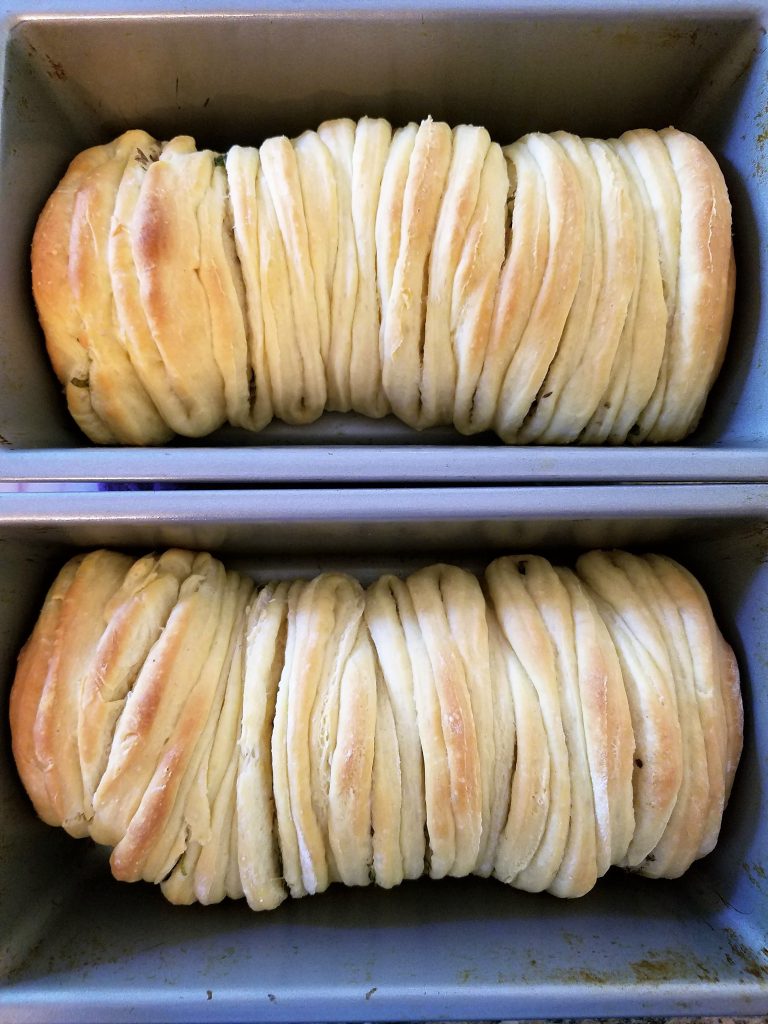 My loaves are slightly smaller than the recipe calls for because I couldn’t locate a cutter with the same diameter as the width of my pan, but they rose and baked up well.  They came out of the pan extremely easily. 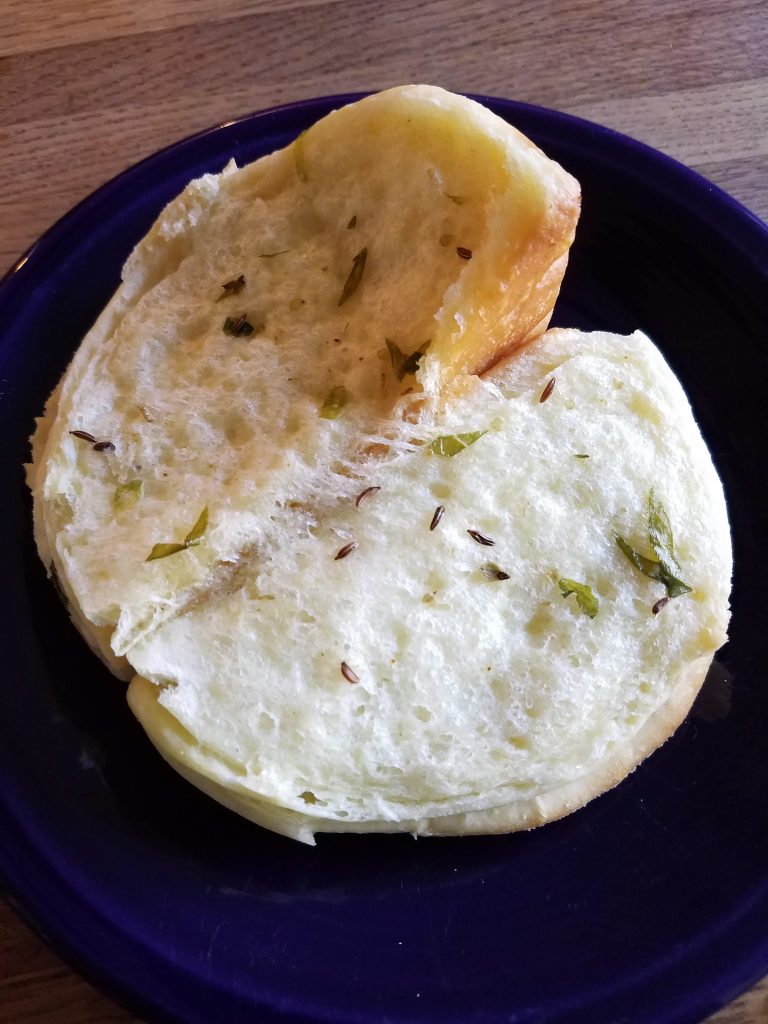 As promised, the sections the loaf pull apart nicely, but I the amount of flavor was less than I’d hoped.  I imagine this would be easily fixed by adding more herbs to the filling.  I did really enjoy the caraway seeds and the load baked well. 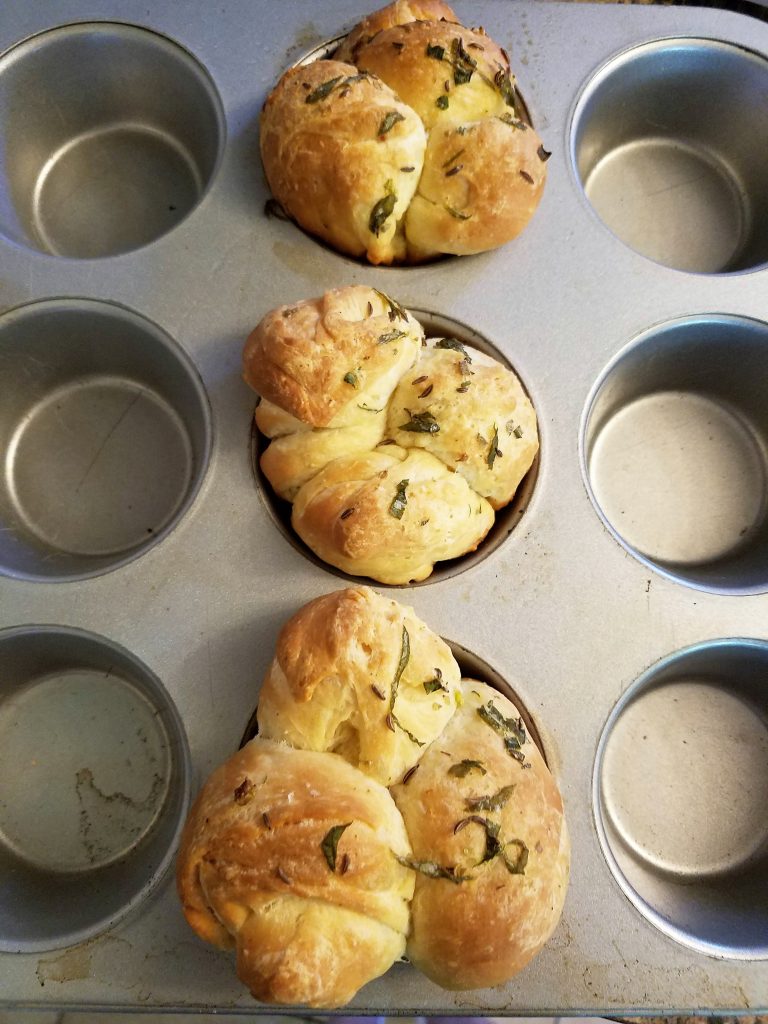 Even though the goal of this month’s recipe was to make a pull apart loaf, I was especially pleased with the way my pull apart “muffins” turned out.  Putting the butter on the top of the dough (instead of in the middle) caused them to look much more attractive and they tasted just as good, if not better.

Overall, I wasn’t that impressed with the result of this Bakealong.  The bread tasted good but was a bit on the boring side for me.  Someday, maybe I’ll play with more intense flavors or one of the other recipes I’ve saved.