This is my fourteenth King Arthur Flour Bakealong challenge and, so far, the April Almond Puff Loaf takes the award for easiest to create and most convenient.  Not only does the recipe say that it takes less than 2 hours to make, I was able to make it over the course of 3 days – starting the recipe in my house in Massachusetts and finishing at my parents in Maine. 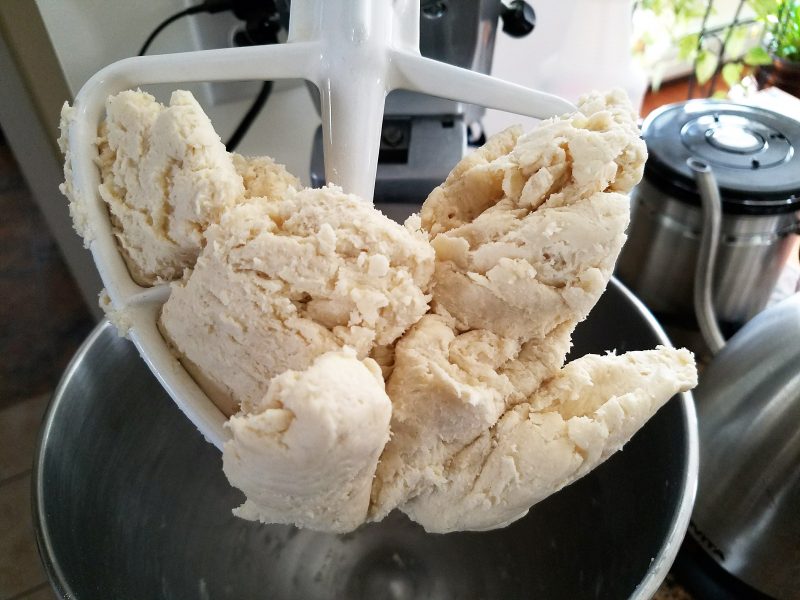 I don’t think I’ve ever made a recipe like this before – in order to get the flaky crust promised, you make 2 separate doughs and layer them, one on top of the other, before baking.  The first layer consisted totally of ingredients I already had on hand and I didn’t have any issues putting it together. 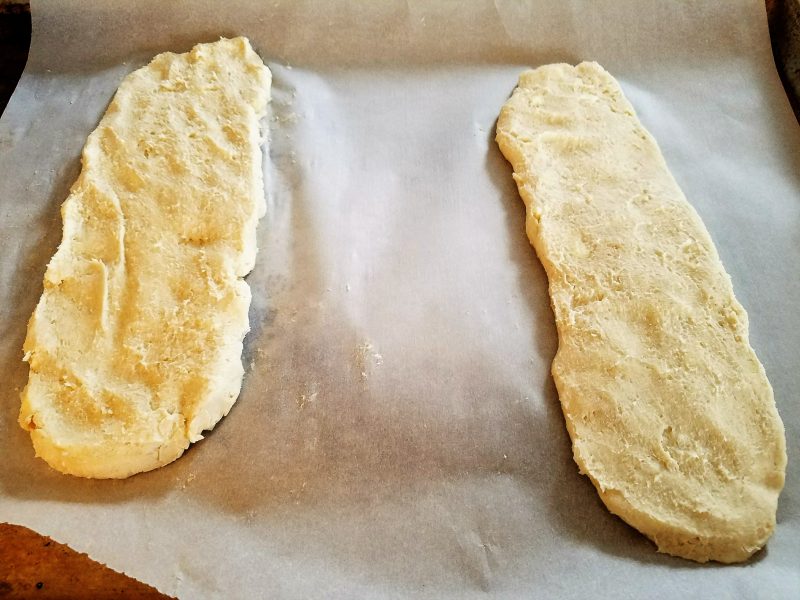 The top layer made me a little nervous because I’ve never made a choux pastry before- water, salt and butter are boiled until the butter melts.  To that mixture, flour is added, then the eggs.  For a moment, I worried that this step of the recipe wasn’t going to work out – the mixture seemed far too loose.  But moments later, it came together and looked great. 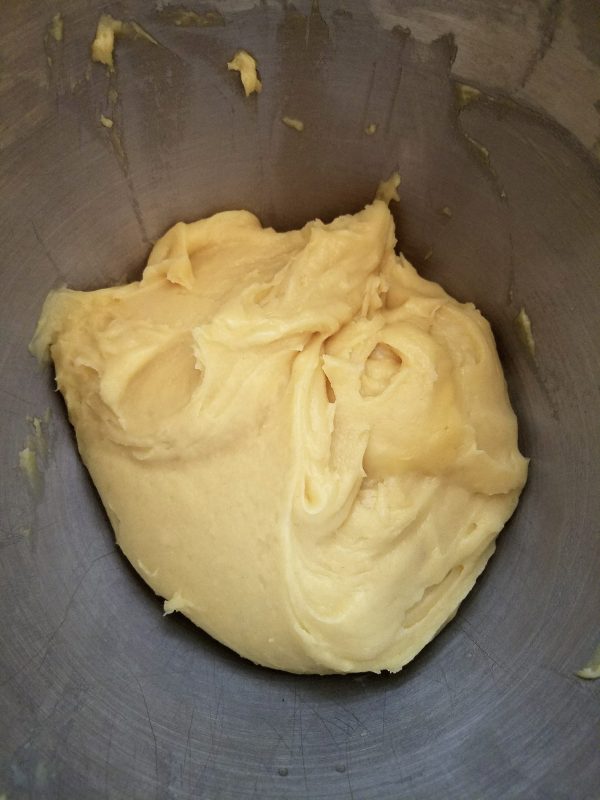 The choux pastry top layer is spread evenly over the first, then the base is baked.  This is where I paused in my creation of Almond Puff Loaves.  The baked and cooled bases were transferred to a plastic container for travel to my parent’s house in Maine for our spring break visit. 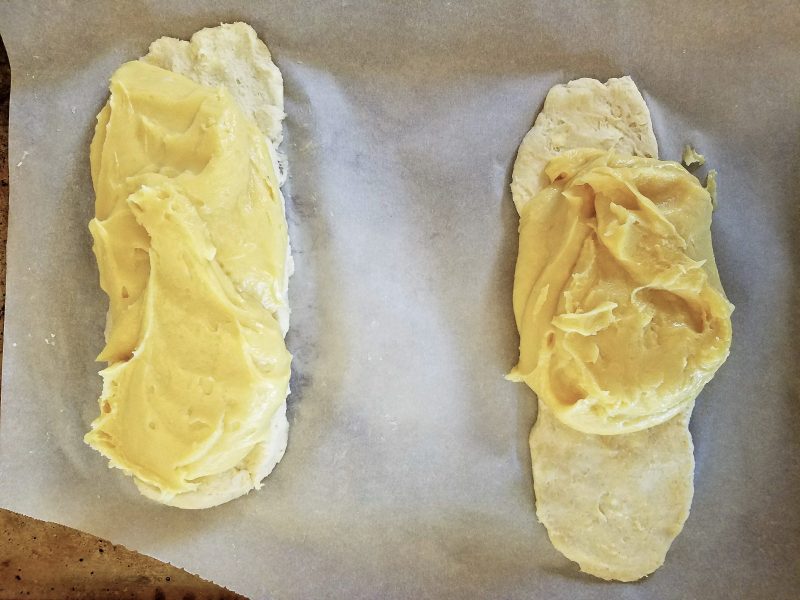 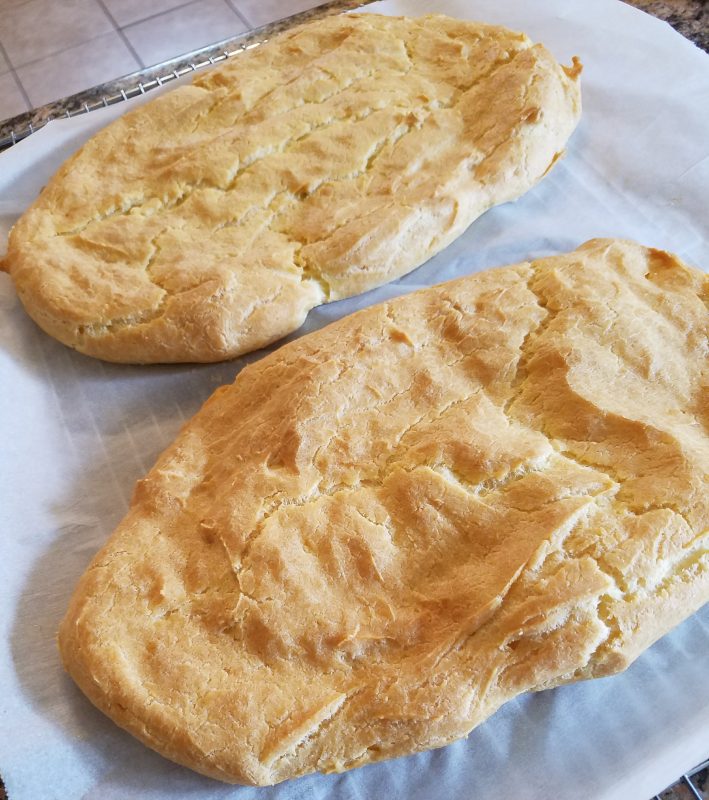 I arrived at my parents to discover that I’d left the sliced almonds I’d purchased for the recipe at my house in Massachusetts.  However, my mom had whole almonds and we made do by putting them in her food processor and toasting them in the oven.  Certainly they were not the thin, flaky slices the recipe calls for, but they were almonds nonetheless. 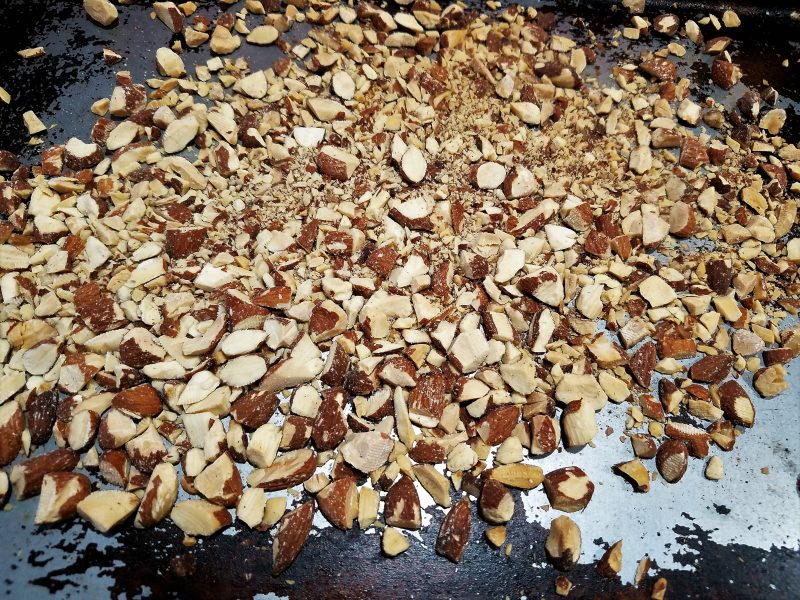 Obviously, I can’t comment on how these loaves would be different with the sliced almonds, but this emergency replacement worked pretty darn well.  I enjoyed the additional texture the nuts brought and it was a much better solution than running out and buying a second bag. 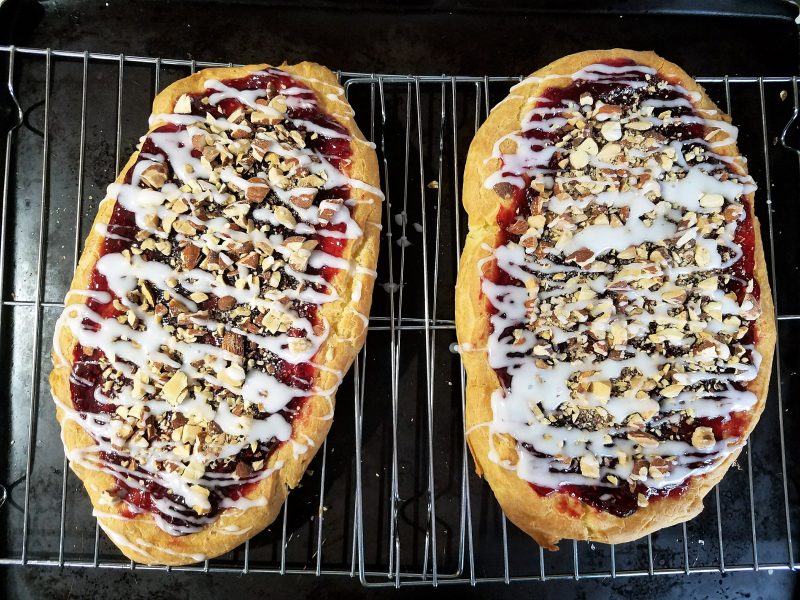 Assembly of the loaves was super simple – I spread raspberry preserves across each one, then added the almonds and icing.  It didn’t take more than 5 minutes. 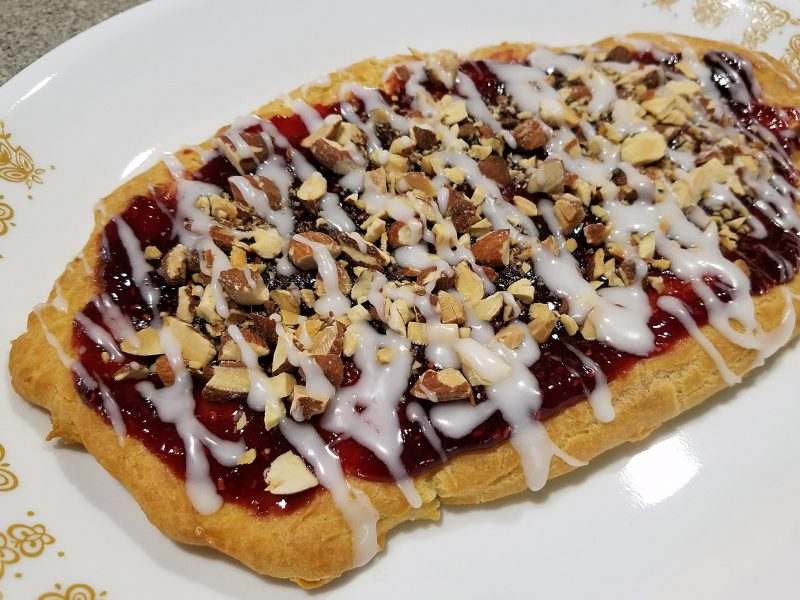 I am so excited about the ease of this recipe and that it makes 2 loaves.  I definitely see myself making it again for future brunches, church breakfasts and holidays.  As I often say of these Bakealong recipes, King Arthur does a fantastic job of choosing challenges each month that really aren’t that difficult, but result in an impressive product.  The almond flavoring in the dough, icing and nuts really came through and the dough was flaky and delicious.  I think my bottom layer may have been somewhat underbaked, but it still tasted great.

I’m also excited about trying out the variations on this recipe.  I know I say that often, but given how simple this one was, it might actually happen.  I would love to make a version without almond extract or almond topping, for those with allergies, and I can’t wait to mess with varieties of preserves and other toppings.  There are some awesome ideas in the comments of the recipe, including key lime and coconut, or even cream cheese.