There’s a new restaurant in North Adams that’s been getting a lot of great buzz lately.  Brian and I were able to check out Korean Garden on Saturday; it’s located in a building that has housed several different restaurants over the years that I’ve been in the Berkshires.  I don’t have much experience with Korean food specifically, but several friends of ours have already tried it and had great experiences.  In addition, the menu boasted many traditional Asian restaurant favorites, such as tempura, pad thai, sushi, fried rice and teriyaki.

We arrived at Korean Garden for a late lunch, around 1:30, but several of the tables were full.  I took this as a good sign; the restaurant has only been open for a couple weeks.  We were greeted and seated quickly and provided menus to peruse.  Nearly everything sounded good to me, but I settled on the Kimchi Bokum (pan-fried pork, kimchi and tofu with spicy sauce).  Brian ordered the Manduguk (gyoza soup – dumplings in beef broth and meat dumplings) and tuna sushi and pickled radish sushi.  We also ordered vegetable tempura to start, because I love tempura and can’t resist.

In addition to all that food, the restaurant brought out several small tasting dishes of picked vegetables and tempura with dipping sauce before the meal.  I didn’t catch what everything was, but it was delicious.

Our food came out quickly and looked awesome: 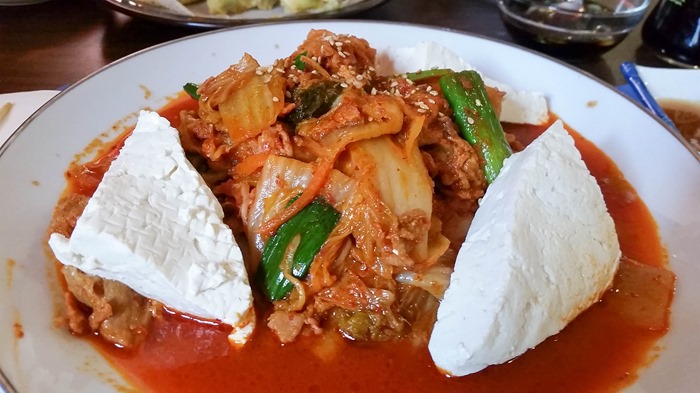 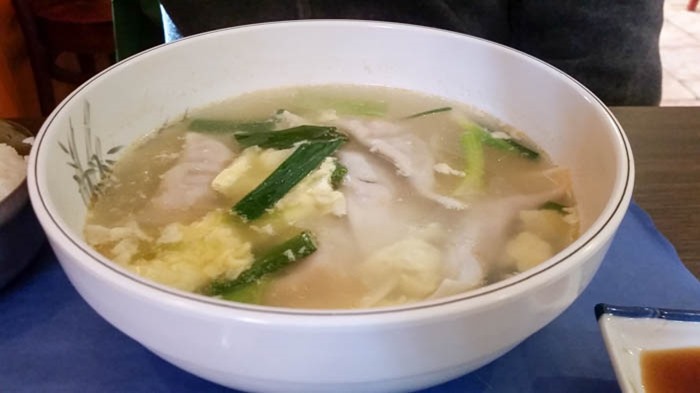 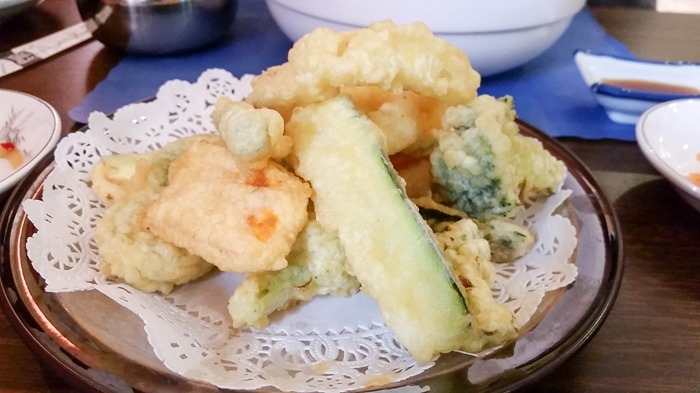 It also tasted great.  On the rare occasions I’ve had kimchi at restaurants (the server made sure to check that I knew what I was ordering; I assured him that I did), it’s been more of a side than part of the main dish.  The mixture of kimchi and pork in spicy sauce was definitely unique, but I liked it.  I used the tofu as a bit of a palate cleanser and it did its job well.  I was also able to take home half the dish because there was so much, so that was a plus.  Brian also enjoyed his order and the tempura was as good as any I’ve had.

There are a lot of things on the menu at Korean Garden that I’m really looking forward to trying.  I hope we can get back there soon.

Closing Out Summer at the Berkshire Botanical Gard...
Garlic and Herb Festival, Take 2
“The Town That Food Saved”
#11, #39, #40: NYC and GoogaMooga
Did you enjoy this post? Share it!
« My Template for Easy Asian-Inspired Noodles
Last Pick Up of the Season (CSA Menu Plan #52) »