As I mentioned this morning, yesterday was just an awesome day.  The awesomeness culminating in a meal so good I could barely believe I’d cooked it.  I make a lot of so-so recipes, but last night’s broccoli lasagna was perfect. 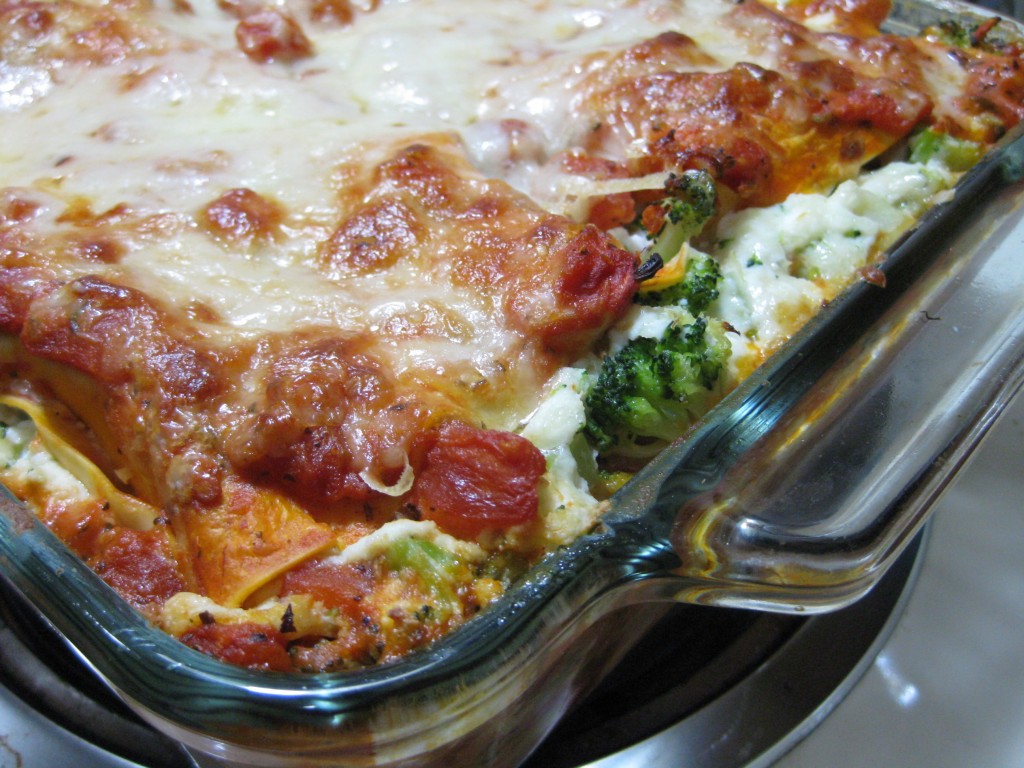 I used Real Simple’s recipe for Three Cheese Broccoli Lasagna.  Often Real Simple recipes (at least the ones in their emails) don’t really appeal to me, but since lasagna is one of Brian’s favorite foods, I grabbed the recipe and added it to my Evernote account.  Yesterday I decided to try it (it helped that mozzarella and ricotta were on sale).  It was the first time I’d made lasagna and I realized I cheated a little by using no-boil noodles (in my defense: the recipe says to!) but it’s really not that hard, and this recipe’s definitely worth it.

I’m sure that the recipe would be great as written, but I decided to make one change and take it a step further by making my own marinara sauce.  Slashfood posted a recipe for All-Purpose Marinara back in September and this seemed a good opportunity to try it out.  I halved the recipe because I knew it was going to make way too much sauce, substituted petite diced tomatoes for whole and used less chili flakes than suggested (I didn’t measure).  I only simmered it for an hour or so.  The sauce has nice spice to it and halving the recipe provided us with about 6 cups of deliciousness.  I froze the sauce we didn’t use for the lasagna and look forward to defrosting it for pasta or some other creation.

In short: Delicious vegetarian lasagna, made even better by homemade sauce.

That, and the fact that it was such a beautiful day out that Brian and I enjoyed our supper outside on our balcony.  Hopefully that’ll happen a frequently over the next 6 months or so.