Contrary to appearances, Brian and I are still members of the CSA at Mighty Food Farm.  It’s just been a crazy few weeks.

The 11th pickup of the season was 4 days before our departure for the Northwest.  Since Heather was kindly allowing us to stay at her apartment the night before our 6 am flight out, we decided to thank her in produce. 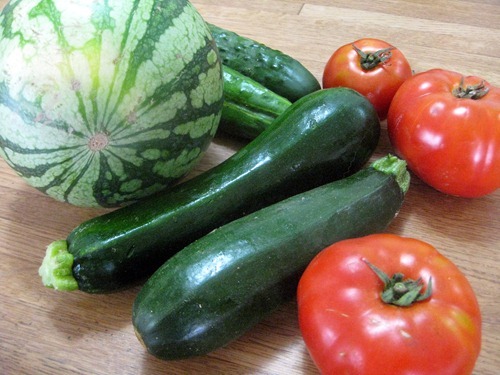 For ourselves, I picked up a yellow watermelon, 2 cucumbers, 3 tomatoes (still obsessed) and 2 zucchini 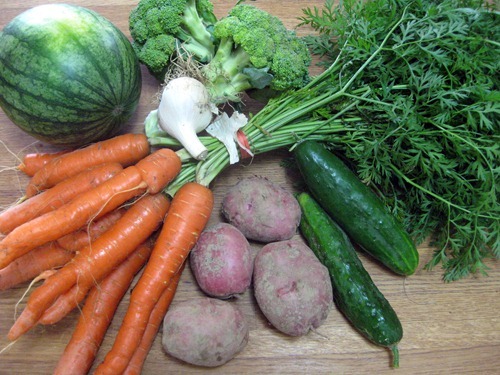 It turns out that picking out produce for other people, much like cooking for other people, kind of stresses me out.   People can be really picky about vegetables!  I’m hoping Heather put everything to good use. 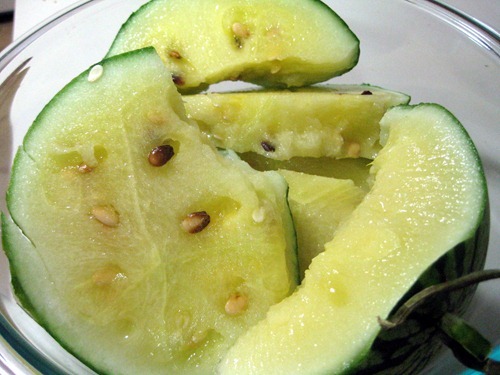 I’d never had yellow watermelon before and it was pretty darn good.  It probably didn’t hurt that I was really excited to see melons when I arrived at the farm (they weren’t listed in the email!) and I thought they were adorable.

We skipped the 12th week of CSA pickup, as we were on the other side of the United States.  Luckily, Mighty Food Farm is awesome and we can redeem our missed items at any point during the rest of the season. 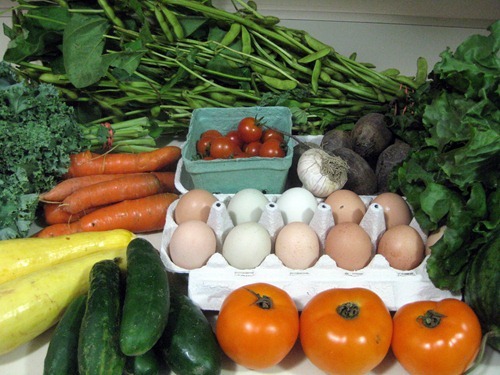 The week before vacation was pretty uneventful in terms of meals, since we were trying to get ready for our trip and I was wrapping up teaching summer school less than 24 hours before our departure.  Since returning, however, some really awesome things have happened in our kitchen.

I modified and combined 2 Serious Eats recipes, Cheddar Scallion Polenta Croquettes and Garlic Shrimp with Basil, Tomatoes and Pepper Flakes, to create the meal below.  I didn’t do anything too crazy, just used chives instead of scallions and Italian breadcrumbs in the first recipe, and got a little creative with the sauce and omitted the wine in the second.  Granted, my plating needs some serious work, but this meal was delicious.  It was also inexpensive and fairly simple, so that helped. 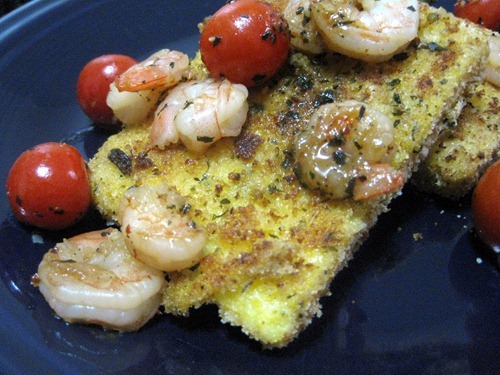 Last night Brian and I used of the orange tomatoes, plus some basil and goat cheese we had on hand to create this apparently under-topped but surprisingly tasty pizza. 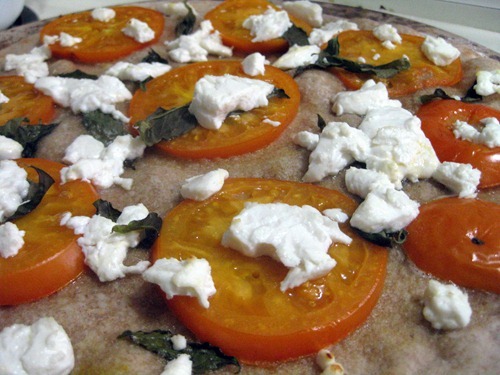 Finally, continuing in our apparently tomato themed week, tonight’s supper was slow cooker vegetarian chili, with a side of cornbread.  Spicy and hearty, as always.

When in Doubt: What to Get From a Winter CSA or Fa...
This week's lunch
Hello, Tomato! (CSA MENU PLAN #32)
Still Summer (CSA Menu Plan #112)
Did you enjoy this post? Share it!
« Vacation Favorites, Part 2: Seattle Food
Look Ma, No Eggs! {Vegan Egg Substitute for Recipes} »