Earlier this week, Brian and I ventured to South County for a change a scenery.  It was a trip originally planned for Martin Luther King Jr. Day, but rescheduled due to the snow that day (I’m looking forward to the part of the year when things aren’t rescheduled because of weather).  It seemed only fitting to try somewhere new for lunch while we were in the area.  My go-to restaurant selection process at the moment is to see if there are any local breweries around.  As a I explored options, Barrington Brewery and Restaurant in Great Barrington rose to the top of the list, based on their variety of items, their easily accessible Route 7 location and their list of house made, solar powered beers on tap. 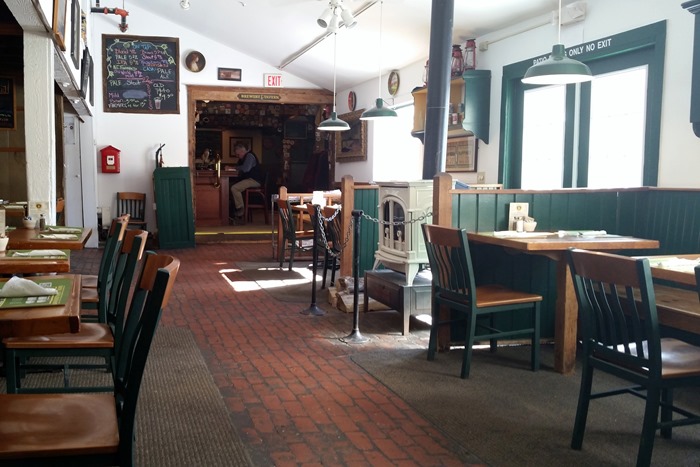 Brian and I arrived at the restaurant shortly after their 11:30 opening.  The restaurant was nearly empty, but by the time we left it was nearly full.  The menu included a $5 taster option with 5 beers of our choosing, so we started with 3 ounces each of Berkshire Blond, Black Bear Stout, Berkshire Brown, Scottish and New England Farmer’s Ale. 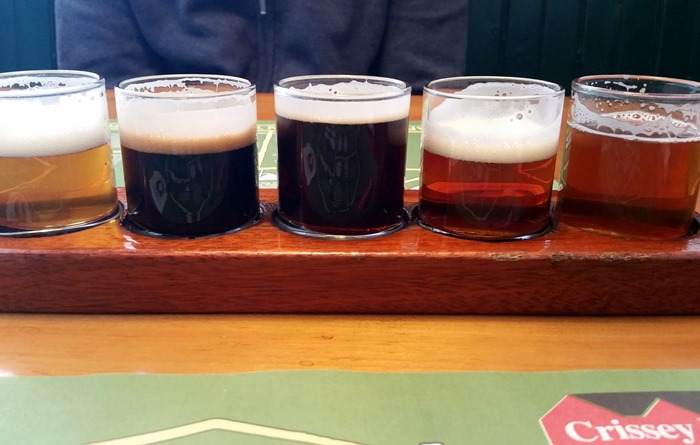 We really enjoyed all of the beers we tried.  All of them had a really smooth, pleasant finish and no bitter aftertaste.  Following the taster, we each ordered a 10 ounce drink (I love restaurants that offer sizes smaller than a pint!): Brian had the stout and I had a brown.   I would’ve been happy with any of the beer options though; they were all great. 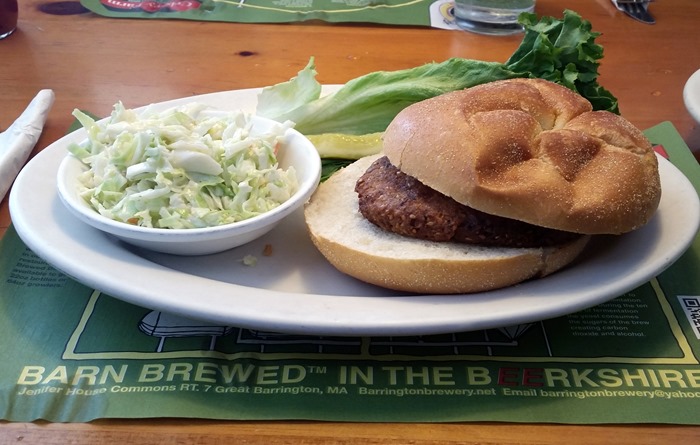 I generally get meat dishes when I go out, but I wanted to take advantage of Barrington Brewery’s vegetarian options.  I settled on the Chef Made Veggie Burger,  “with celery, carrots, onion, sesame & sunflower seeds, tofu and tamari”.  The texture and flavor of the burger was good, though not particularly different than other veggie burgers I’ve had.  Brian ordered the Chicken Cordon Bleu sandwich, which I also enjoyed a bite of, and it was pretty darn good. 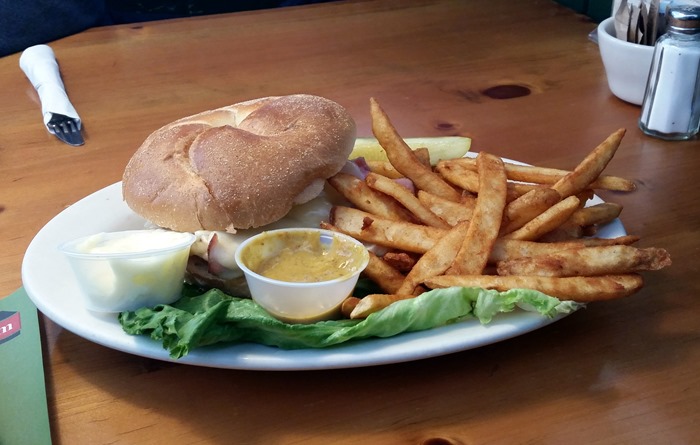 Overall, I would rate our food as good, but not great.  It didn’t occur to me to order anything special on my burger and it came without any toppings.  I added the lettuce from the plate, but I think in the future, I’d add a tomato and/or onions and perhaps some kind of dressing or sauce.  The bun was also a bit bigger than the burger, as you can see.  That said, the prices were reasonable, the service was lovely and the beer was delicious.  Given the opportunity, I’d go back to Barrington Brewery, but more for the beer then the food.