On Friday Brian and I returned to Mass MoCA’s Fresh Grass Festival in North Adams for our second year.  We’ve only ever done the Friday day passes, but my parents have come into town the past 2 years to partake in the whole weekend (apparently my dad’s empty nester hobby is attending concerts).  Someday maybe I’ll work up the energy and finances to go for all 3 days.  It’s not that I don’t like blue grass/roots music, more that I can’t imagine being at a single event for that long.  But my parents say that it goes by quickly – and the museum is open during the day, which I think is a nice added perk – and the bands are always great.  Also, all of us have found Fresh Grass to be extremely well organized, which really makes attending a pleasure.

Friday night’s line up was Michael Daves and Tony Trischka (who were a lot of fun), Aoife O’Donovan (who I’ve seen several times and always enjoy), The Carolina Chocolate Drops (who were awesome and I’m looking forward to following the work of) and The Duhks (who were loud and energetic and a bit much for us at 10:30 pm).  A great line up, for sure, but only a nibble of what the rest of the weekend held.  The gates opened at 5:30 and the four of us arrived shortly thereafter.  We had our bags inspected, received our bracelets, added our chairs to the rows that were being created and got ready for 5 hours of great performances.  While we waited (the show began at 7:00) and between shows, Brian and I checked out all the food vendors, the stores, the bar and the diverse crowd. 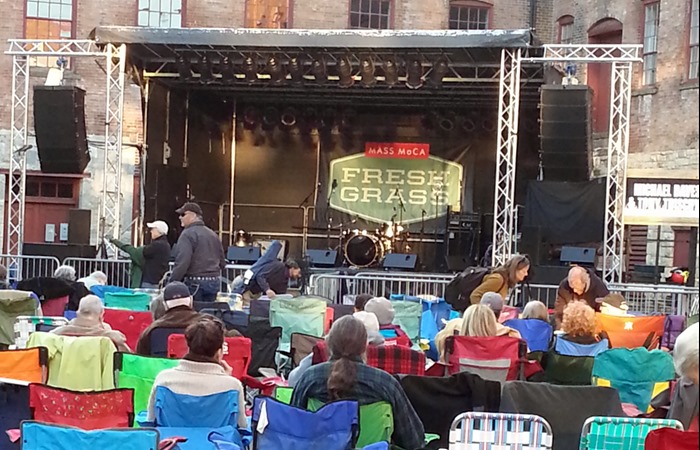 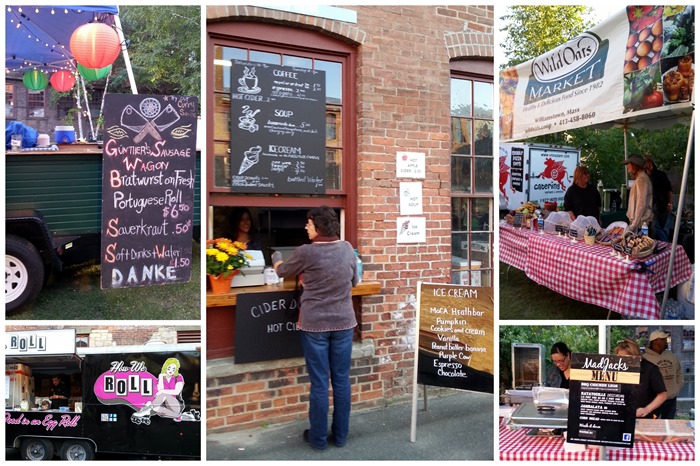 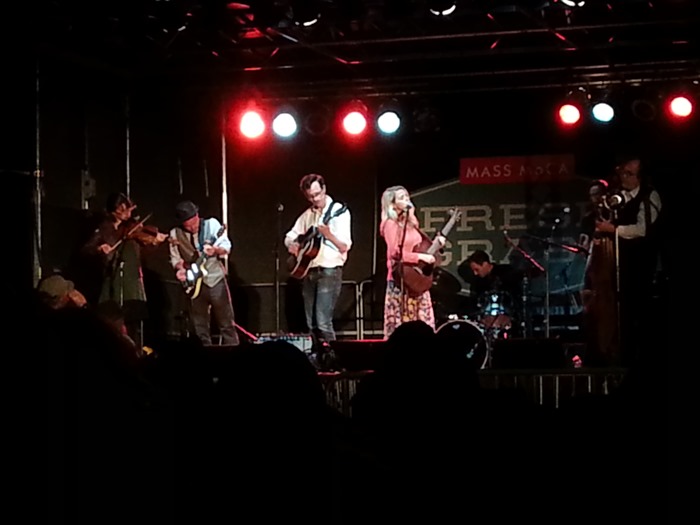 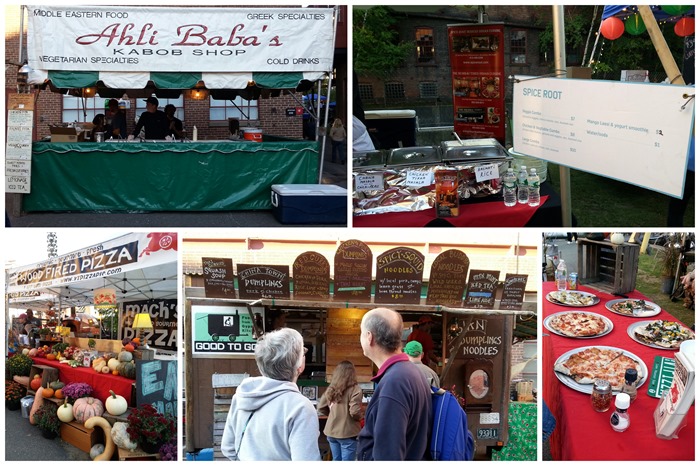 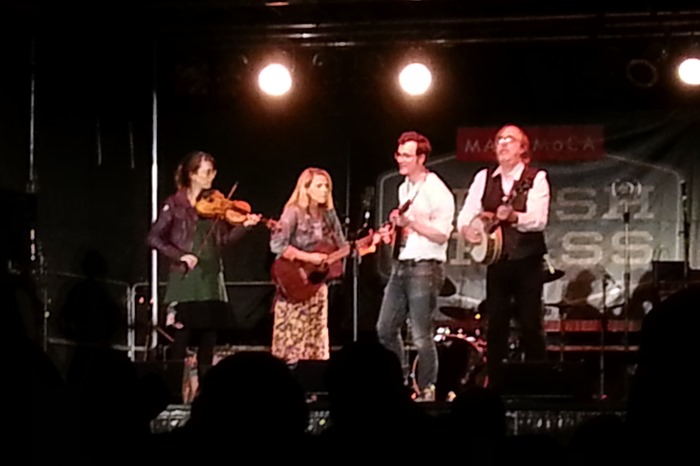 Obviously, the festival is about music, but they also have a decent number of local food vendors with great looking wares.  I arrived at Fresh Grass with the intent of eating my way through the evening and did pretty well in that regard.  In the time we spent at Mass MoCA, I shared with Brian a slice of butternut squash topped pizza, some of a bratwurst sandwich, a gin and tonic, “Buddha Noodles” with tofu, mushrooms and greens, dumplings in a bacon-maple sauce, a chewy ginger cookie and hot cider.  Everything was really good and decently priced, as these things go.

I love that the Berkshires has such a great festival venue and that Fresh Grass draws such a-list talent (other performers during the weekend include Emmylou Harris, Béla Fleck & Abigail Washburn, and Darol Anger).  I’m already excited to see what next year’s line up looks like.

Know Your Farmer, Know Your Food
A Very Local Christmas Dinner
5 Things I Learned at the Garlic Festival
Tyler and Pine Bakery – donuts and more in t...
Did you enjoy this post? Share it!
« Different Week, Same Story (CSA Menu Plan #12)
Recipes that Helped Me Overcome My Fear of Frying »