I am very late to the cauliflower pizza crust party.  I feel like I’ve been seeing mentions of it for months, perhaps even years, but I never gotten around to trying it.  With my re-return to menu planning, I really wanted to be dedicated to using up all of the vegetables we brought home.  Last week, I actually planned some meals before I even went to the farm so I’d know what to get.  Cauliflower has been especially awesome lately and I knew it would only be available for a limited time, so I made sure to get some for making pizza crust.

Shockingly, there was no cauliflower pizza crust recipe saved in my Evernote account.  So, I put out the call for good recipes on Twitter.  I could’ve used Google, but I thought the results might be overwhelming.

I scoped out the recipe, discovered that there was a non-vegan version, checked that one out, found that it seemed totally manageable, and set out to make The BEST Cauliflower Crust Pizza from The Lucky Penny .  The recipe took a little time, but it wasn’t hard.  Basically, you cook your cauliflower (I did mine in a foil-lined steamer on the stovetop, since we don’t have a microwave), puree it in a food processor with other ingredients, roll it out on parchment, bake it, add toppings and bake it again. 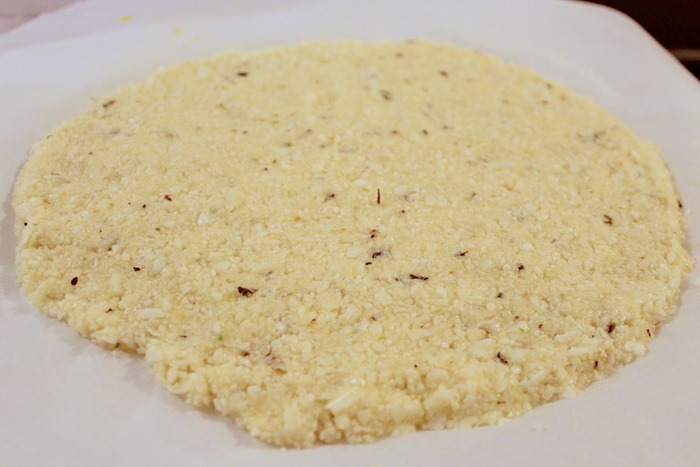 I was really pleasantly surprised at how well this recipe turned out.  Not only was it simple, it really resembled actual pizza crust.  I ended up only needing half of a cauliflower to get the required volume, but other than that I followed directions exactly.  The crust held together nicely (I was able to pick up slices to eat them) and tasted awesome.  The texture was pretty close to dough and was not crumbly or wet.  Actually, the thing I liked least about this pizza was the arugula I placed on top; I think it got overcooked.  I will definitely be making this recipe again.  I may even revisit it this fall, if there are more cauliflower available at the farm. 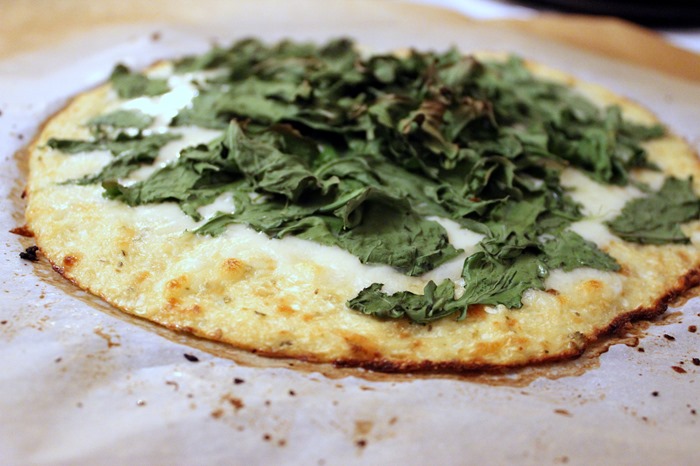 Sometimes I Surprise Myself
How I Got Over My Fears and Made Crackers
Spaghetti Squash Puttanesca
Pasta Puttanesca with White Beans
Did you enjoy this post? Share it!
« A Visit to Glass Bottom Brewery in Lee, MA
Winter Is Coming (CSA Menu Plan #16) »