Last Saturday, I ran my first 5k race since 2011.  I hadn’t intended to take 2 years off from organized running, it just sort of happened that way.  After initially falling in love with running, I struggled to find local races I could participate in (2/3 of my events during that first season were in the Albany area) and then the following year we moved into our first house and had a super busy summer.  But this year, I am determined to get back into the 5k game. 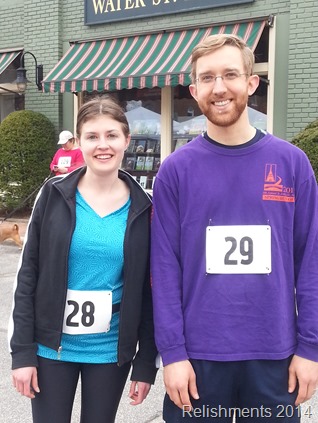 The Humane Race seemed like a perfect way to rejoin racing and Brian was totally on board.  The Williamstown, MA location meant we wouldn’t have to leave the house at the crack of dawn to be there for the 10:00 start and we’d be somewhat familiar with the route.  The “fun run” classification meant no time chips which relieved some of the stress and pressure.  And dogs were invited to participate in the race with their owners, which meant it would be pretty entertaining as well. 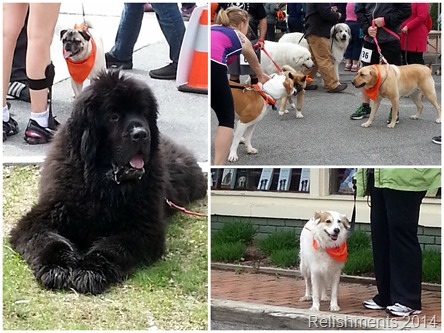 We arrived at registration around 9:30 and had sufficient time to put our race t-shirts in the car before the start.  It was really fun to watch the other runners arrive with their many dogs in tow.  It was so fun to listen to the cacophony as they waited to started running or walking.  We took off right on schedule, running down the sidewalk along Route 7 and then spreading out onto the street on the back roads.

I started off feeling strong and confident, but it wasn’t long before I was feeling worn out.  I hadn’t looked at the route thoroughly before the race and there were no mile markers, so I had no idea how much further I had to go.  The twists and turns and overlaps of the route meant that I thought I was closer to being done than I actually was on more than one occasion.  But I pressed on and the view of people both in front of and behind me gave me confidence that I was doing okay.  I definitely wanted to quit at some moments, especially as the sun appeared and I removed my jacket which I then continually had to tighten for the duration of the race. 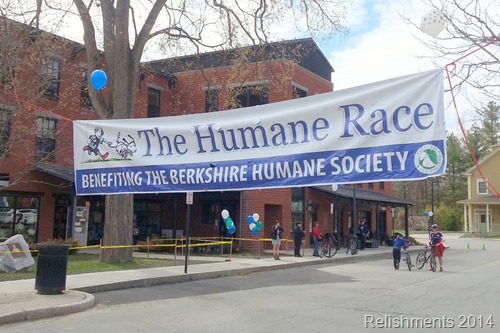 Miraculous, I made it to the finish line.  3.1 miles has never felt so long.  Fortunately, this was one of the nicest finish lines I’ve ever experienced.  There was an announcer calling out bib numbers as we crossed the line and making comments about the dogs.  The tent with waters and snacks included fruit, chips, fruit snacks and pastries.  There was also the opportunity to purchase items to support the Berkshire Humane Society.  It seemed like many of the runners and community members were content to hang out as the last of the runners finished.  While I drank my water and recovered from my run, we listened to the only prizes given out at this race: prizes for dogs in categories including biggest, smallest, farthest traveled and best ears.

Once I stopped feeling like I was going to collapse, I remembered that I’d turned on the Map My Run app on my phone at the start.  I took my phone out of my SPIbelt

and stopped the timer: 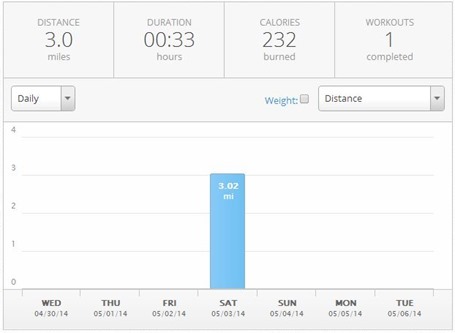 It’s unofficial, but I’ll take it!

A Night at Rub Bourbon and Barbecue
The Meat Market in Great Barrington – Burger...
Korean Garden: New in North Adams
Favorite Places: The Apple Barn
Did you enjoy this post? Share it!
« Some Menu Plans Are Easier Than Others
Highlights: Desserts Featuring Fruit »

It's almost hard for me to believe, but I actually

It's blueberry season! My daughter and I started o

Saturday morning at the @coastalmainebotanicalgard

I've been on the coast of Maine for the past week

Somehow @shiredonuts have never made it onto my fe

My favorite girl and I ventured to @mountainviewfa

It's that time of year again! This morning I potte