As promised, I’m saving the best new (to me) recipes from each month to share with you all at once.  Enjoy!

I was not a “good blogger” in March.  I did not stick to my posting schedule (which, based on this post going up on a Wednesday isn’t changing any time soon), I never really put together an editorial calendar and my menus were pretty unremarkable.  I took very few food photos.  It was just a busy month!  That said, I did make a couple recipes worth noting: 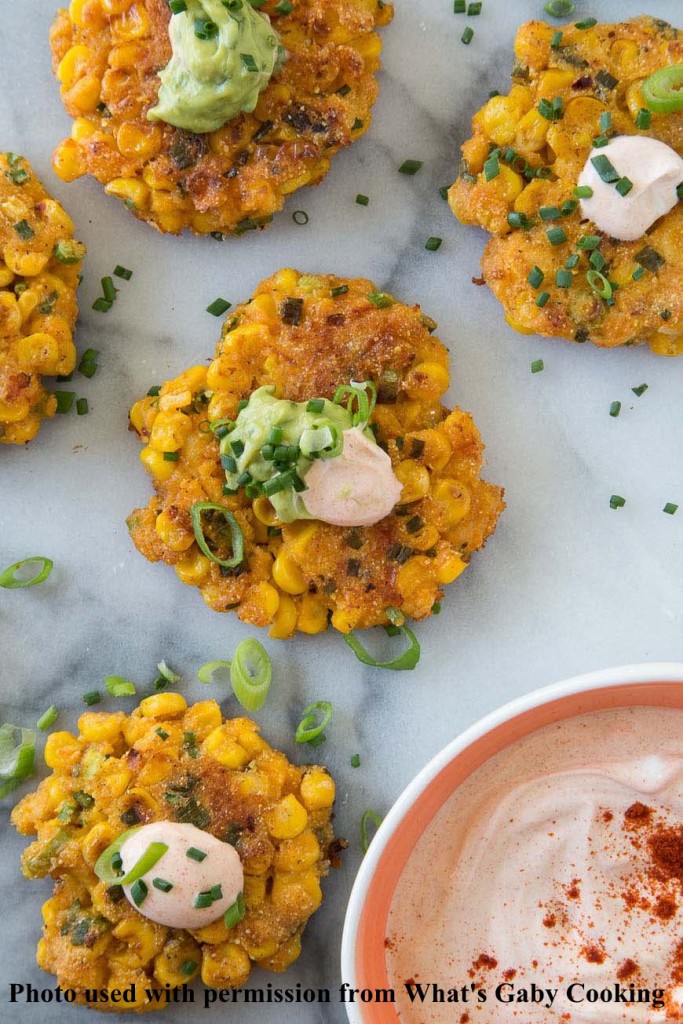 I must confess: I didn’t actually make this recipe (I didn’t even photograph it!).  Brian cooked this one, during of the many nights when I was doing a million other things.  I participated in the eating, however, and these fritters were mighty tasty.  We used frozen corn, which I always seem to have an inappropriate number of packages of, which Brian fully defrosted before starting the recipe.  The spicy crema didn’t do much for me, but the guacamole was great and I ate several fritters with no topping at all.  We were able to get 2 meals (4 servings) out of this recipe when we served them with a side salad.  I’m looking forward to making these again soon!

Get the recipe: Corn Fritters with Spiced Crema

Crockpot Chicken and Dumpling Soup from How Sweet It Is 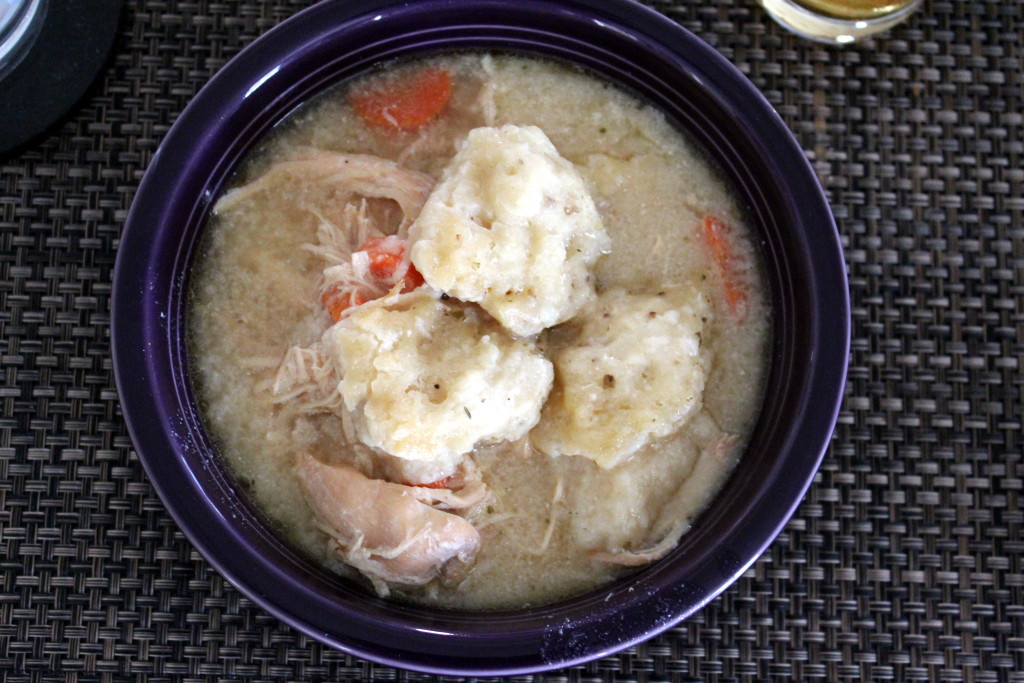 In general, I’m not really a dumpling soup person.  My husband, on the other hand, loves them.  What I do love is using my slow cooker.  Is there anything better than a meal than basically makes itself?  This one takes a couple extra steps – making a roux before cooking the soup and making dumpling dough to add near the end – but they’re totally manageable.  We were both really pleased with the way this soup turned out.  It’s creamy and rich and flavorful.  Our batch yielded 4 big servings (probably 6 realistic servings) and I think I probably would have been happy with less chicken than the recipe called for.  An additional cup of broth was added as part of the reheating of the leftovers, as the dumplings had absorbed a lot of the soup. Still delicious though! As I rarely purchase chicken, this recipe probably won’t get a ton of play in our house, but I’ll definitely come back to it because it tastes great.

Get the recipe: Easy Crockpot Chicken and Dumplings

Vegan Sausage, Made From Wheat
The Other Clam Chowder
Relishments Bakes Results: Cheesecake
New Adventures: The Best Recipes I Tried in May 20...
Did you enjoy this post? Share it!
« Homemade Enchiladas
Avoid the Supermarket with this Tomato Soup »