Even though I loved my last visit to Ocean City, NJ in 2011, I was rather hesitant about our most recent venture.  Brian and I would be headed to the biggest family gathering I’ve ever attended that wasn’t a wedding or a funeral…my first family reunion.  And not a family reunion with my side of the family (which would be its own kind of special), but with Brian’s side of the family, some of whom I’d hardly seen since our wedding 5 years ago.  Almost 20 people would be staying in a family-owned beach house while another facet of the family (Brian’s grandmother’s sister’s side…if that makes sense) rented a house next store.   As someone who is increasingly introverted and tired out by spending time with large groups of people, I was concerned about how this was all going to go over. 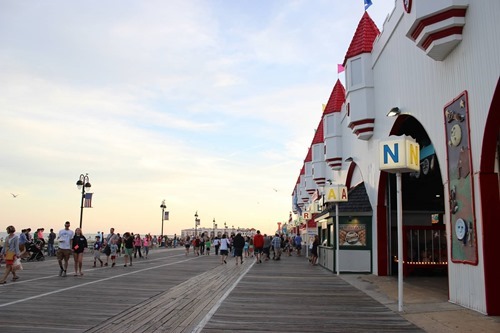 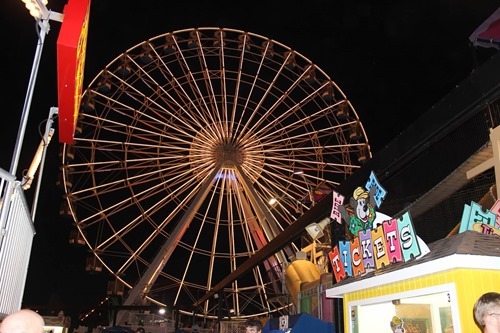 But, as I find so often in life, my concerns were unfounded.  Our 5 days in Ocean City were awesome.  It was so great to meet some of Brian’s extended family for the first time and to spend quality time in conversation and activity with those I’d met before.  Weddings and funerals just do not allow for that kind of depth.  It was wonderful to get to know Brian’s aunts, uncles, cousins and grandmother better.   I watched more soccer than ever in my entire life, saw Brian’s cousin’s kids really enjoying amusement park rides (which is so not my thing), learned a new card game, walked along the beach, browsed shops and felt incredibly relaxed throughout my time.  And, obviously, I didn’t spend much time writing blog posts or hanging out online.  I’m already finding myself wondering how soon we can have the next family reunion and why my side of the family has never had one.

Similarly, the meals went off without a hitch.  Everyone was “on their own” for breakfast and lunch, but we all brought lots of food with us and it seemed that everyone was open to sharing their supplies.  I think we ate meals on the boardwalk twice, otherwise we enjoyed food at the house.  Brian and I were slated to help his parents make dinner for everyone on Sunday night; other nights were the responsibility of other family members.  Through several back and forth emails and phone calls, his mother and I settled on poached chicken (her responsibility), chips, salad bar and kale salad (with our CSA vegetables), which I detailed in last week’s menu plan.   Again, I was really happy with the way it all went over.  I was also content with what we ate the rest of the week.  Everyone’s meals were awesome (no small feat for our large group) and made me feel a bit better about all the junk food I ate on the boardwalk. 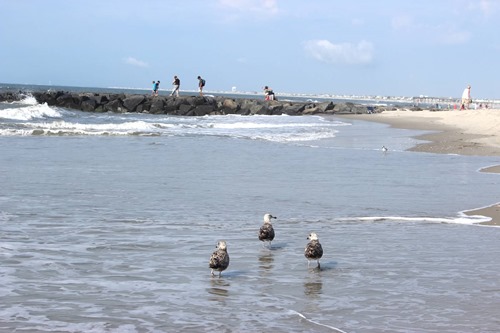 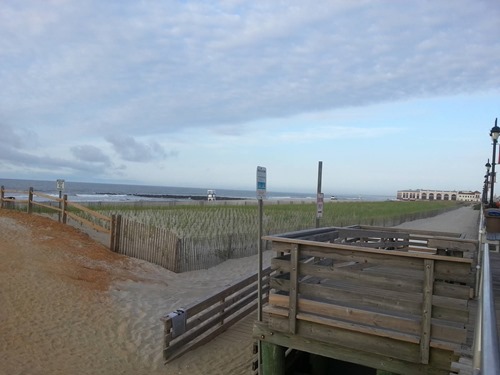 I definitely took the opportunity to make the most of some foods that are hard to find outside of New Jersey and the Shore; foods I’ve mentioned before that I miss from my days in Jersey.  Good rolls, Taylor ham, hot donuts, cannoli and red birch beer.  Vacation at its finest. 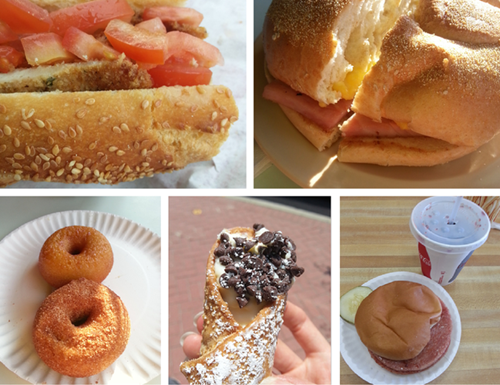 We also made it to an attraction that’s been on my unofficial “bucket list” for year: Lucy the Elephant.   Someone mentioned it to us early in our time at Ocean City and we quickly discovered that the elephant was only 15 minutes away!  I have no idea why we didn’t make it there last time we were in Ocean City (or during the years I actually lived in New Jersey).  I’ve had a framed poster of Lucy in my possession forever because I collected elephants as a young person (and still do, I suppose, though I haven’t purchased anything in ages).  There was some concern on my part that I wouldn’t be able to tour the elephant as I’ve had increasing issues with heights lately, but the stairs ended up being a non-issue as they were solid and I only had to climb about 2 stories, total.  Lucy’s body is a big room with artifacts from the course of her 133 years in Margate, NJ and then we climbed to the very top to look out over the town.  It was a very cool experience and I’m very glad we made the detour. 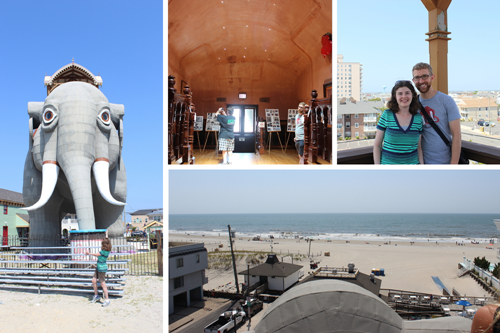 Highlights: Father’s Day
Cleaning out your kitchen
Vacation Is My Best Excuse
Restaurant Review: Frontier Cafe, Cinema and Galle...
Did you enjoy this post? Share it!
« Highlights: For Your Summer Cocktail Party
Pittsfield: Farmer’s Markets and More »