One of my favorite things about HLS is the people.  The sessions are always good, but I think most of the attendees would be happy to just socialize for 48 hours.  Granted, I almost lost my voice as a result, but that’s not the point.  This year, I really lucked out in the roommate department.  Though I’d only met one of them previously, it turned out that Krista, Lauren and Kristin were amazing.

It was sort of dumb luck that the 4 of us ended up getting dinner together on Saturday night, without anyone else.  Originally we had a group of 10, but as the evening progressed people made other plans and our dinner crew ended up being just our little roommate group.

After much deliberation, we ended up at Slice, a BYOB pizza place whose description sounded right up our alley:

For the love of pizza

We get our vegetables delivered daily. We pit our own olives. We searched for three months before finding the pepperoni. We focus on pizza, not wings or sticks or rings. And it’s so fresh, we don’t even own a freezer.

Between underestimating the distance from the hotel to the restaurant and having to stop for wine, we arrived significantly later than our reservation.  The staff at Slice was super cool about it; apparently Saturday nights are pretty slow because so many people are at the Jersey Shore.  After a chat with one of the employees, we spent a while perusing the menu and put in our order.

It wasn’t long before Jason, one of the owners, came over to say hello and, since we hadn’t ordered one, provided us with a complimentary salad.  The five of us had a good conversation about Slice, Philly and food blogging.  The salad was really good (candied walnuts!), but the pizza was even better. 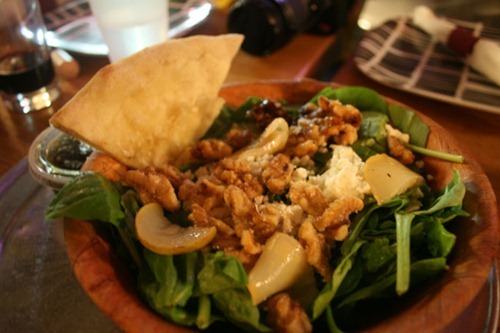 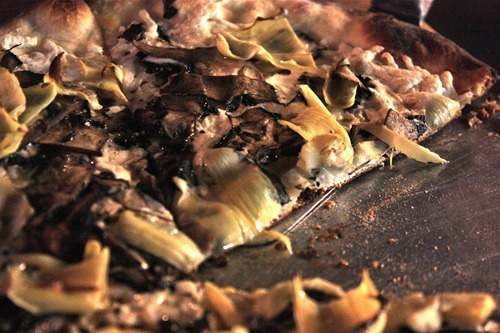 Lauren, Krista and I split a pie that was half Margherita (San Marzano tomato sauce topped with fresh mozzarella & finished w/ basil) and half Georgio (San Marzano tomato sauce, mozzarella, pepperoni & portabella mushrooms). Slice’s pizza had a very crispy crust and the perfect amount of sauce and fresh toppings. I’m a sucker for pepperoni (seriously, Brian bans me from it at parties) and this pizza had some of the best I’d had in a long time. If I find myself in Philly again, I’ll definitely be headed to Slice for more. 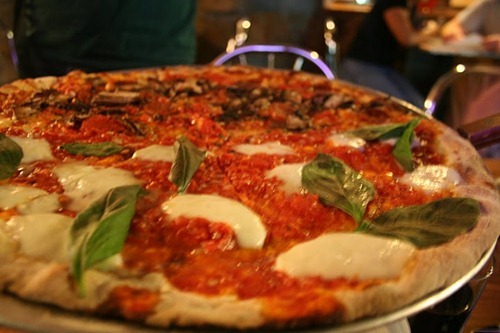 The 4 of us wrapped up our Saturday by finishing off the pies and getting to know each other better.  It was a really great time and one of the highlights of the weekend for me.  The pizza didn’t last long (we were hungry!), but I think the friendships will. 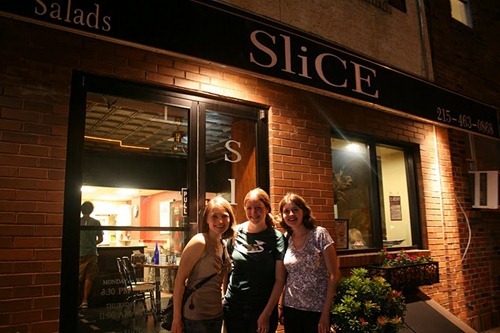 Anniversary Dinner at Clementine
Help Support a Board Game Café!
Korean Garden: New in North Adams
#HLS13DoGood – Using Your Platform for a Cau...
Did you enjoy this post? Share it!
« What Dawn Jackson Blatner Taught Me
Highlights: Irene »