In good news, two Fridays ago I finally got called in to substitute teach.  Finally.  It felt really good to be back in a school and teaching again.  Then I proceeded to work every day last week.  Which is awesome, because I like teaching, and working, and having an income.  Plus hopefully it’ll help me get a full time teaching gig at some point.

Unfortunately, it totally blew away my routine (which I was just getting comfortable with, of course).   Add to that the fact that Brian was writing his first paper for grad school, I didn’t have much time to think about blogging or reading blog posts, nevermind actually doing so.

Somehow, I actually did some cooking last week: 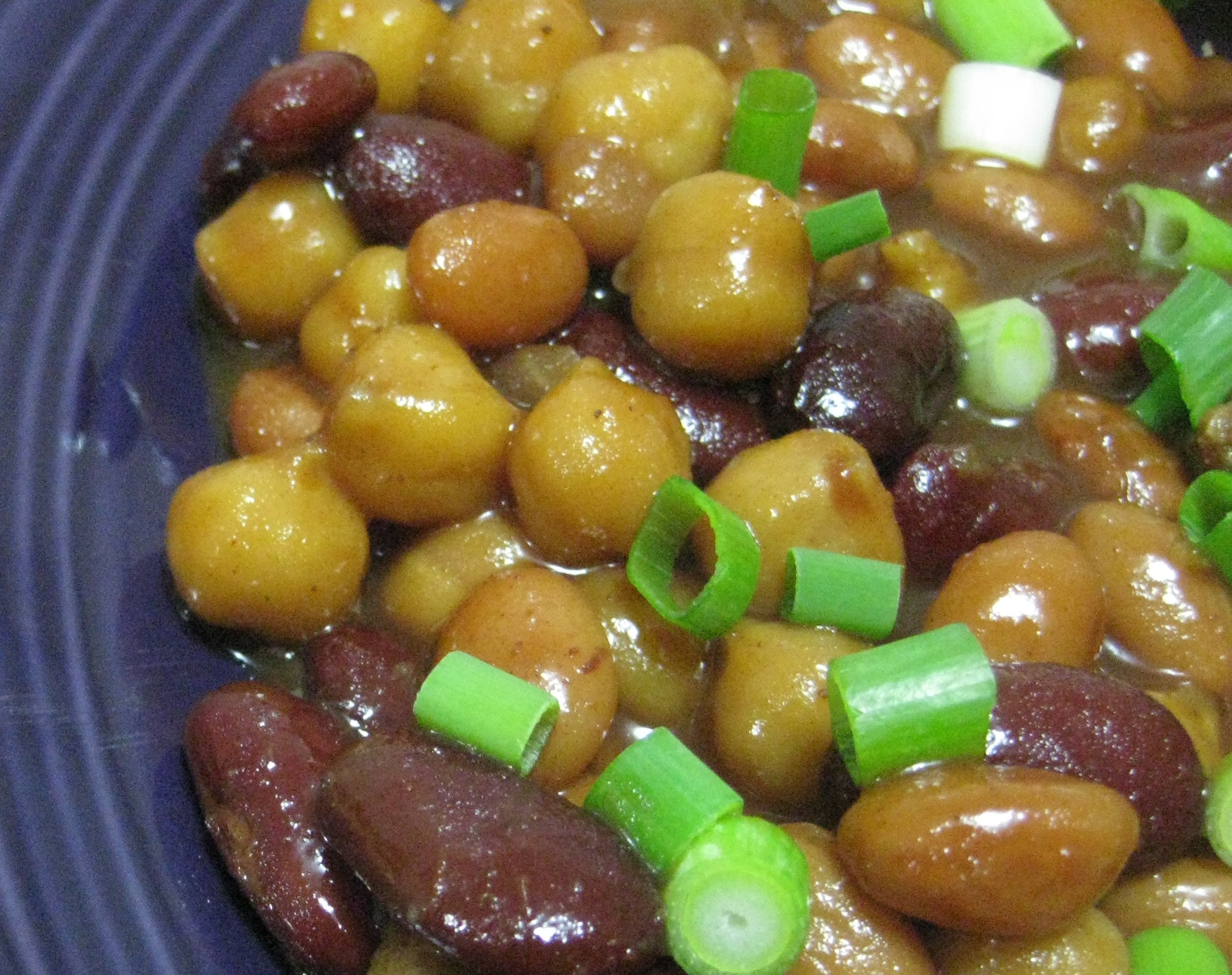 I made Cat Cora’s Barbecued Beans from a recipe featured on YumSugar which I served with burgers.  The mixture of beans (garbanzo, pinto and kidney) was really nice, but the beans were way too sweet for me.  Perhaps a different type of barbecue sauce would yield better results, but I think I’ll skip this recipe in the future.

I also made this Potato Crusted Sausage, Leek and Spinach Quiche.  The texture was a little different than what I’m used to with quiche, but it was good.  I’m a huge fan of the potato crust and used the extra shredded potatoes to make potato pancakes which were pretty delicious.  I’d probably make this quiche again, though I’m not sure I’m as big a fan of leeks as I thought I was.  Regular onions would probably work just as well.

In the chaos of last week, I also managed to give myself a pretty nice burn (though it’s all but healed now) and make a big mess of my kitchen in my attempt to make Tomato Fennel Soup.  Today’s cooking tip: If you’re pureeing hot soup in a blender, only blend a little of the soup at a time.  We’ll just leave it at that. But the soup was really good.  Highly recommended.

I expect to be subbing regularly from here on in, but now that Brian and I know that we’re adjusting our routines and I expect to begin posting somewhat frequently again.  Especially since I really need to get my eating back on track–I realized yesterday that I’ve had French fries 4 times in the past week!  That’s a lot for me.  Crazy schedule and traveling to and from Maine for the weekend certainly played a big part in that.  Here’s to doing better this week!

Sometimes I Surprise Myself
New Adventures: The Best Recipes I Tried in May 20...
Striped Eggplant, Tomato and Cheese
My First Cauliflower Crust PIzza
Did you enjoy this post? Share it!
« Happy World Vegetarian Day!
Review: Mark Bittman’s Kitchen Express »