A couple years ago, Brian and I ate at the Adams Ale House on their opening night.  My review mentioned repeatedly how slow the service was and the fact that the food was pretty ordinary.  In the intervening couple of years, however, I’ve felt kind of bad about that review.  Turned out, the Ale House was to become one of our go to restaurants.  There isn’t anywhere we eat out constantly, but we’ve been to the Adams Ale House as much as (if not more than) anywhere else over the past 2 years.  So today, I’m clarifying my feelings about the Adams Ale House and sharing my most recent meal there. 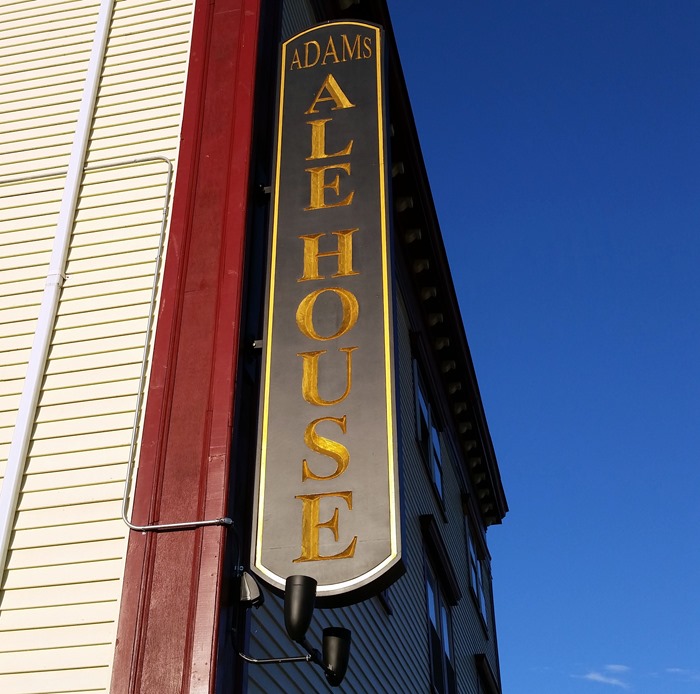 The dining room is a more completed now then it was on opening night.  Primarily, wall decorations consist of TVs.  Not my favorite décor, but it is an ale house.  And, as someone who doesn’t have cable, it’s kind of fun to see what’s on occasionally.  I’ve also eaten in the bar area, but it tends to be a bit loud for my preference.  I like going to the Adams Ale House because the menu has a good variety of solid pub food, the events are fun (we’ve been on both bingo and open mic nights, and I once attended a craft evening there) and the tap list remains long and quality.  We like the Ale House so much that we joined their loyalty program.  We’ve also taken some of our out of town friends there for dinner.  There’s always a crowd, though we’ve rarely had to wait. 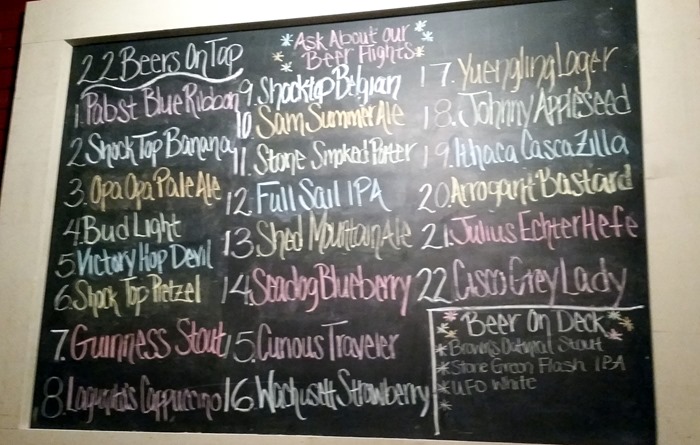 Recently, Brian and I went to the Ale House for an end of summer dinner.  We decided not to order entrees, but went for appetizers instead.  We ordered hot wings, edamame, parmesan truffle fries and salads (because we felt like we should probably eat some sort of vegetable).  We also, of course, had beer. 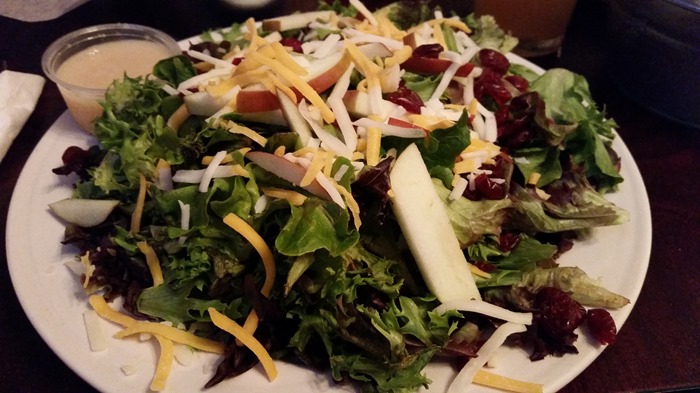 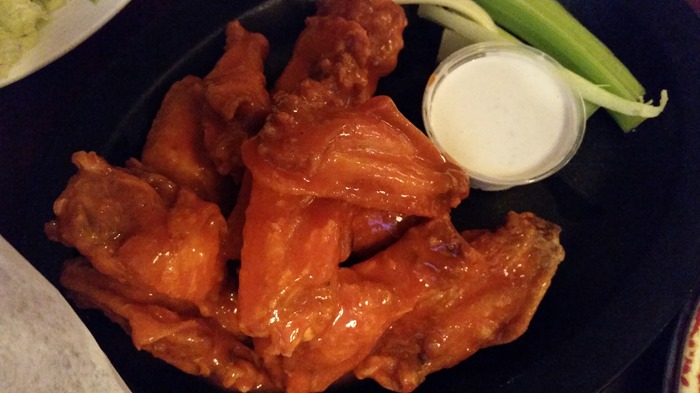 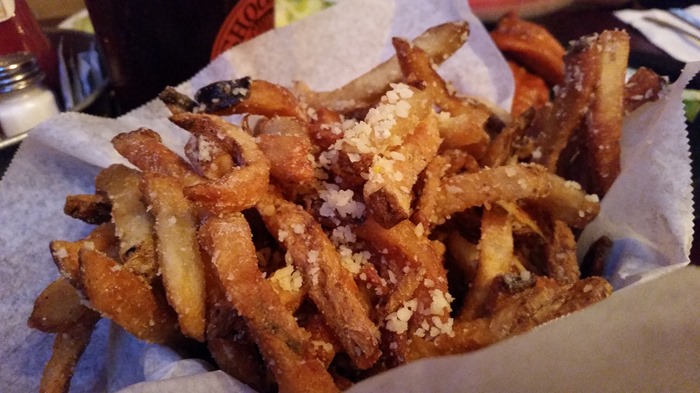 The Ale House is not gourmet food, but they do a good job at what you’d expect them to.  Though we didn’t get any this time, their fried pickles are my favorite thing on the menu and the best I’ve had anywhere.  I always love hot wings and I’ve never been disappointed in the ones we’ve gotten at the Adams Ale House.  The truffle fries – new to us this visit– were crispy and salty and delicious.  On the other hand, neither Brian nor I were impressed with our salads.  The lettuce and toppings were unimpressive and we felt we could have done just as well at home.  The salads were much bigger than expected though, so that was a plus.  We also decided that a mediocre salad is kind of expected at a pub; maybe it’s just not what a person should order.  Stick with the bar food, we’ve always been happy with those options. It’s also worth noting that, not long after I was there last, that the Adams Ale House has just updated their menu.  They’ve added calamari, quesadillas and flat breads, as well as expanding some of their other offerings.

It’s only a matter of time before I find myself back at the Adams Ale House.  If you haven’t been yet and pub-style food is your thing, it’s worth checking out.

Disclosure: I eat at Adams Ale House of my own accord.  I was not compensated in any way for this post and, as always, my opinions are my own.

2018 Fall, Winter and Holiday Markets in the Berks...
Lunch at Amanouz Café
Scenes from the 17th Annual Garlic Festival
Vote and Help the Pittsfield Farmer’s Market...
Did you enjoy this post? Share it!
« Strengthening: 2015 So Far
Transition (CSA Menu Plan #36) »