For the record, I have really, really good intentions to make September’s King Arthur Flour Bakealong recipe during the first half of the month.  Life has been so crazy busy and I just didn’t seem to be able to carve out some time to bake.  But earlier this week, an afternoon opened up (halelujah!) and I was able to make a batch of Inside-Out Pumpkin Muffins. 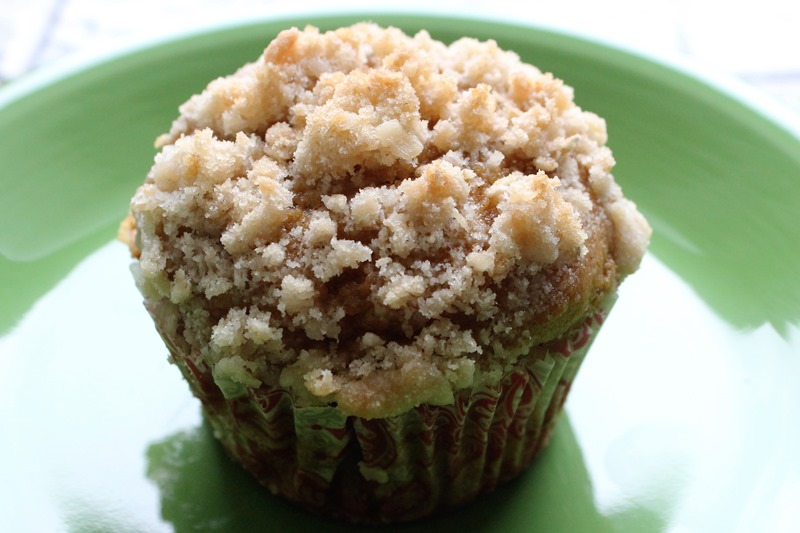 Part of my delay may have been the concern over the complicated appearance of the recipe.  These are definitely not one bowl muffins.  The recipe is divided into three parts: the streusel topping, the muffin batter and the cream cheese filling.  Despite that, none of the steps are difficult and most of the ingredients are standard (I only had to purchase cream cheese and pumpkin puree). 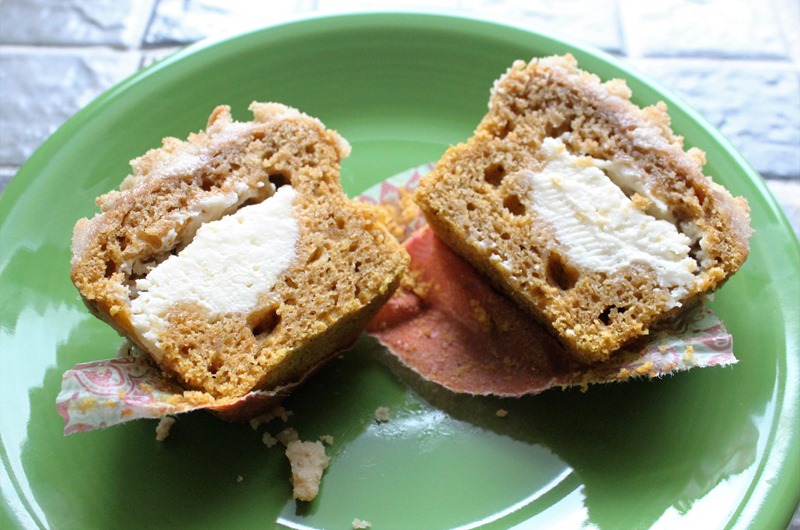 I was a little worried about the assembly of the muffins: the recipe requires putting a couple tablespoons of batter into greased muffin papers (have you ever greased muffin papers? Not so easy), followed by a bit of the cream cheese filling, topped with more batter and then the streusel topping.  I was pleasantly surprised to find it not as scary as expected however, though it did seem like there was a lot of cream cheese filling in each muffin.  I ended up with way too much streusel topping, but we used the extra – with some additional spices – over baked apple slices later in the evening. 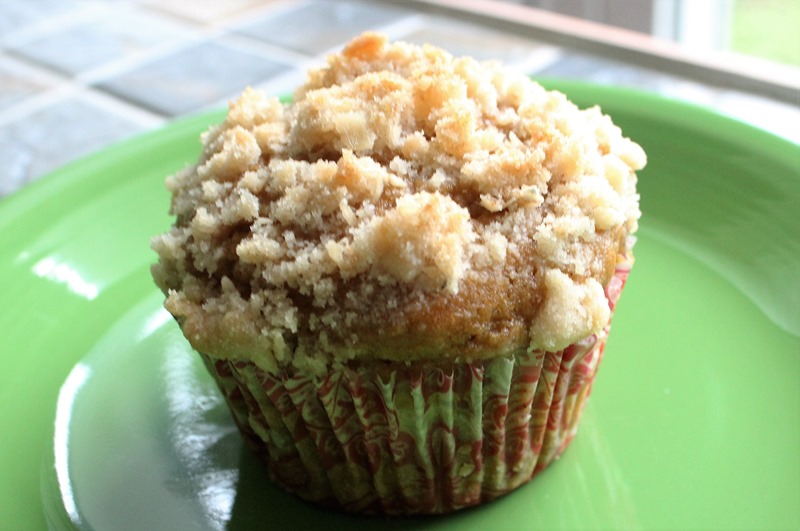 And these muffins are really good! I’m not a huge pumpkin fan, but the flavor of these are really nice and I really enjoyed the cream cheese.  There is a lot of it, but for me it works fine.  So fine, in fact, that I plan to make more this weekend, even if September will be over and King Arthur Flour will have announced their next #bakealong.