As I mentioned in my last menu plan post, my in-laws were visiting for the better part of this week.  For the most part we were content to hang out near home and enjoy a leisurely visit with each other, but we did spend Tuesday afternoon taking a drive to Shelburne Falls.

It had been several years since Brian and I visited Shelburne Falls.  Last time, we were not that impressed with the Bridge of Flowers.  I can’t recall what time of year it was, but I was willing to make the trip and give the attraction another shot.  This time around the Bridge of Flowers did not disappoint. 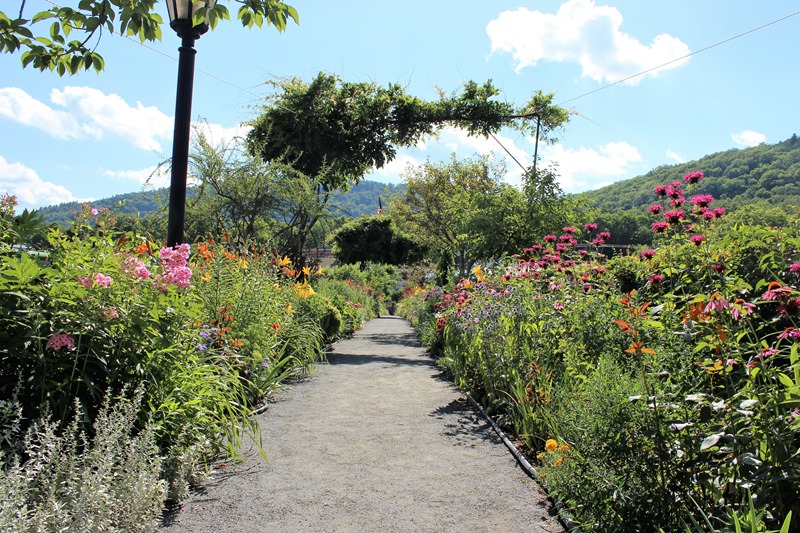 The Bridge of Flowers is an incredible pedestrian bridge lined with flowers on both sides.  After the town’s trolley company went out of business, the bridge became overgrown.  In the 1920s, the Shelburne Falls Women’s Club began converting the bridge into a Bridge of Flowers.  In the 1980s, the bridge was completely reconstructed.  The bridge seems to be meticulously maintained – there wasn’t a dead blossom or a piece of trash to be found, despite the heat and the number of other people on the bridge.  There were a wide variety of flowers in bloom (most of which were labeled!) and the lilies were especially magnificent.  I’ll let the pictures speak for themselves. 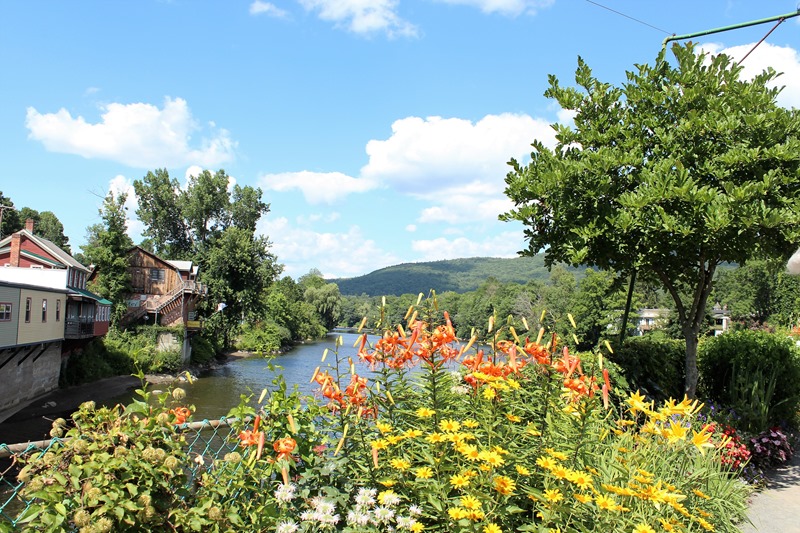 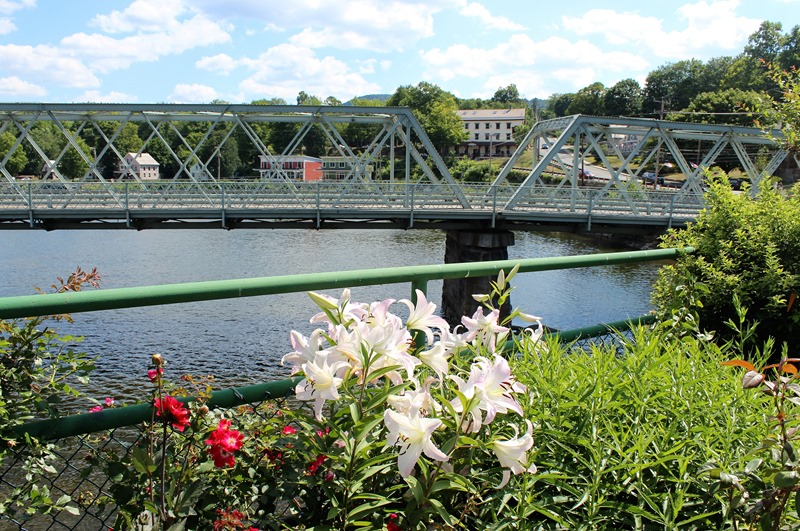 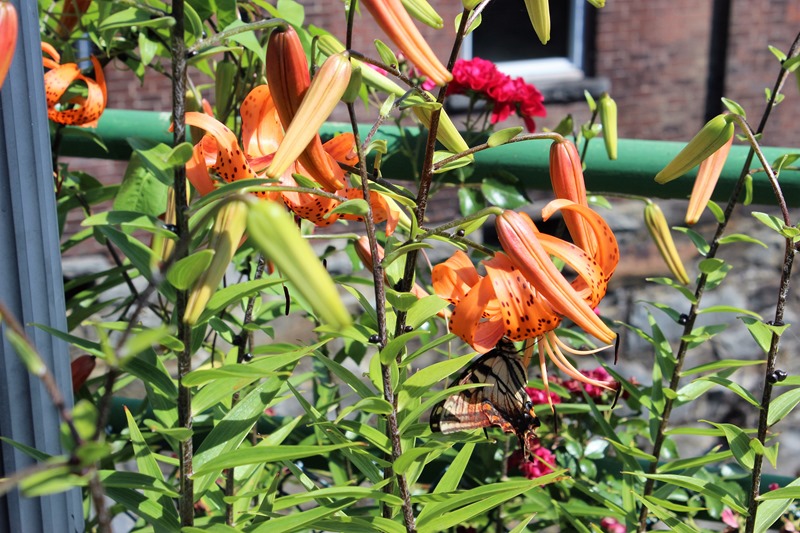 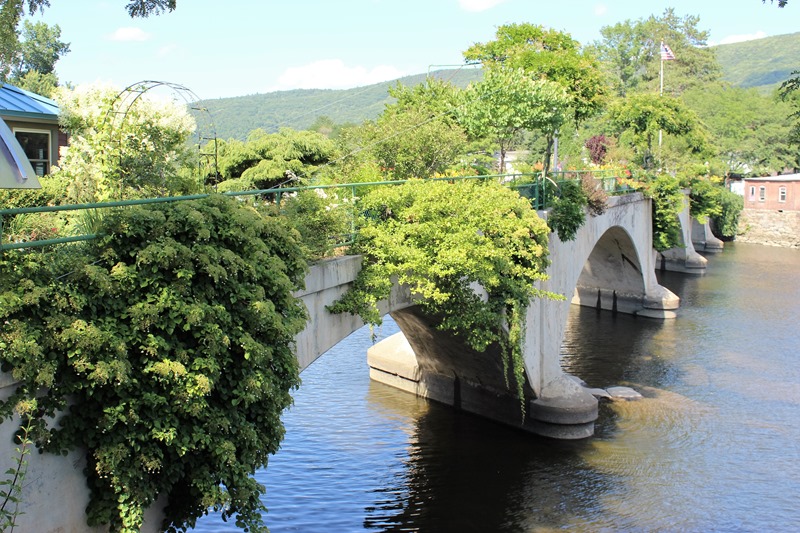 We also walked over to the Glacial Potholes.  The naturally formed holes in the rocks are really cool to see and the shady viewing areas were a nice break from the hot sun. 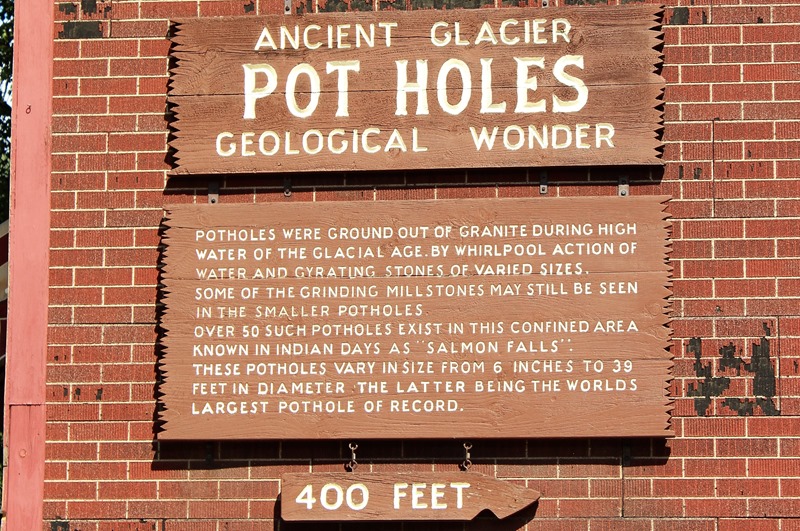 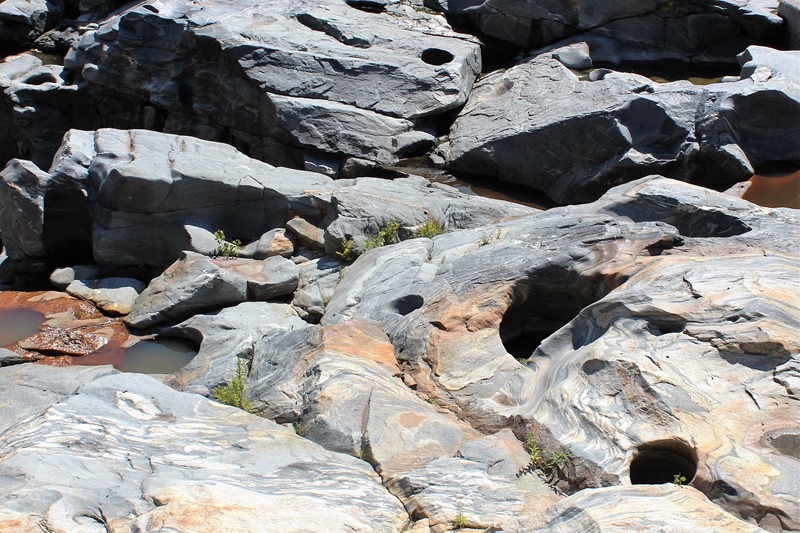 This time around, we didn’t do much other exploring of Shelburne Falls, but there are a number of interesting looking shops in the area, both on the Shelburne and Buckland sides of the bridge.  I’ll have to check them out next time we visit to see what other flowers are in bloom.

Dinner at Bascom Lodge
A Lovely Evening: The Farm-to-Table Food and Wine ...
Revisiting the Adams Ale House
Spring Firsts: Farmer’s Markets and Fiddlehe...
Did you enjoy this post? Share it!
« My Favorite Way to Cook Collard Greens
Enjoying the Bounty (CSA Menu Plan #58) »