Saturday night I tried not one, but two, new recipes.  Insanity.  Anyway, here’s the rundown: 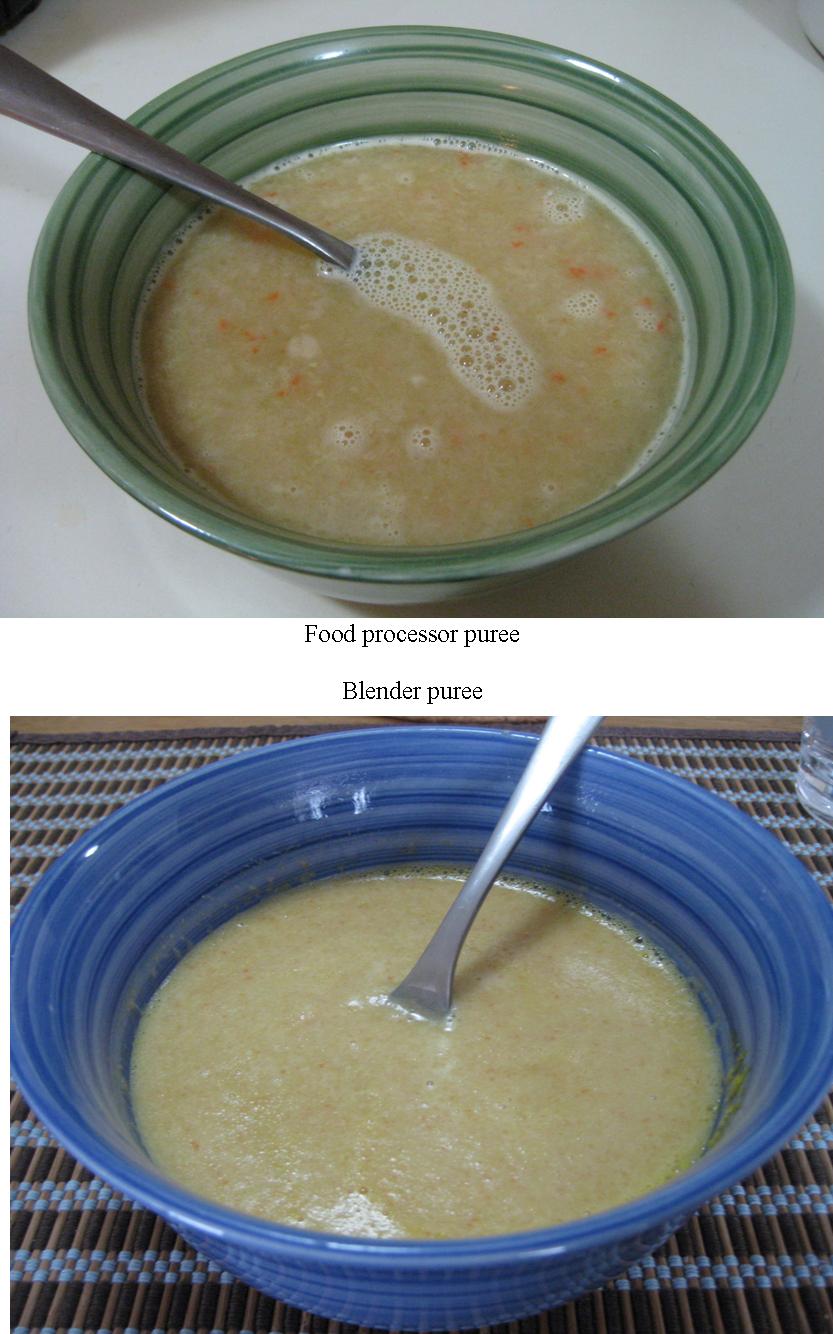 Brian and I really, really like chickpeas (I think it’s in response to my bean-less childhood).  And soup, of course.  This soup was pretty easy to make, too.  We pureed the soup in the food processor and it came it kind of grainy and weird.  Not so great.  Today, before lunch, we ran the rest of the soup through the blender and it came out much smoother and tastier.  Brian really liked it, but I’m still unconvinced.  Would I make it again?  Maybe, but I suspect there are better chickpea soups out there. 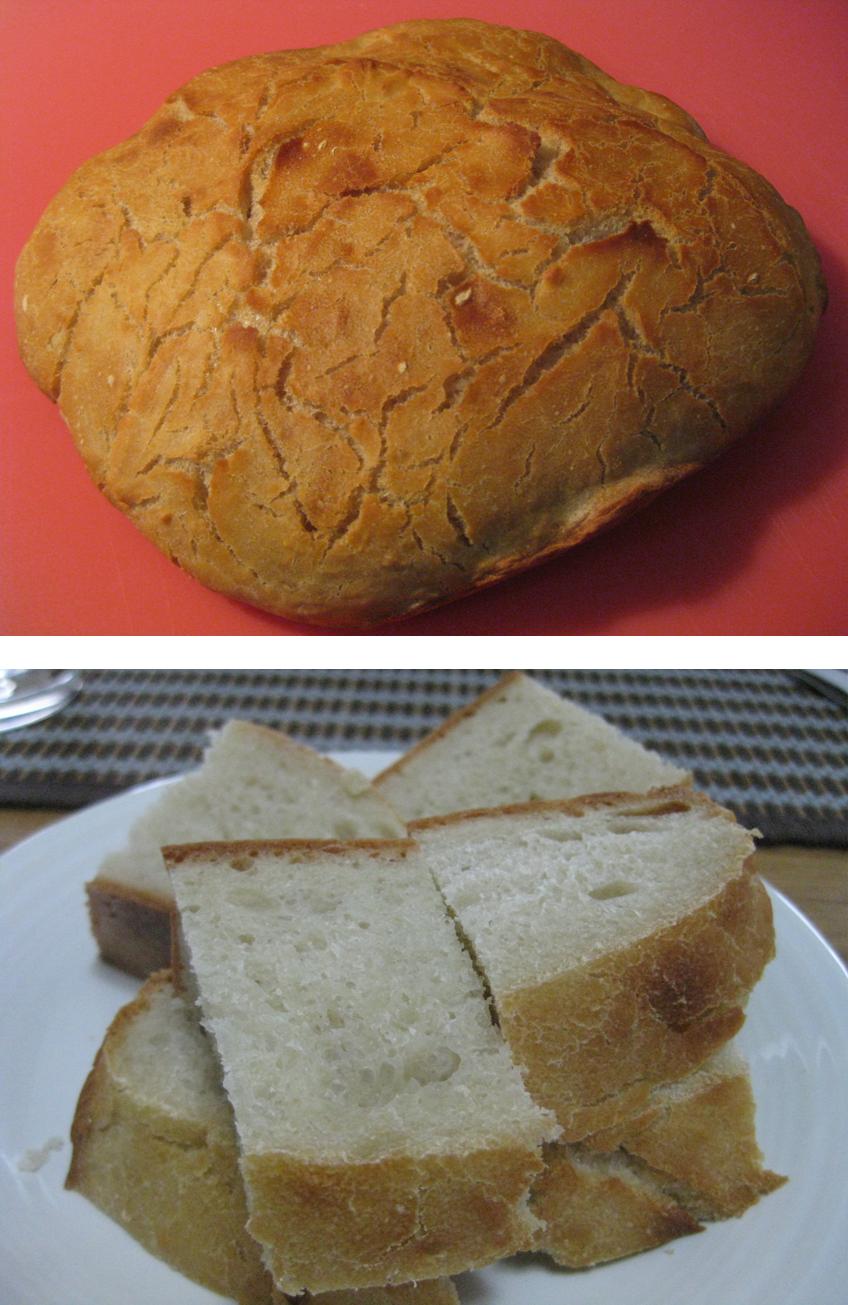 When 30 Bucks a Week mentioned The Kitchn’s No-Time Bread, which can be made in about an hour, I got really excited.  Brian and I have been talking about and putting off making “real” bread for quite some time now, but I always want something other than sandwich bread when we’re having soup (which is at least once a week).  I expected that No-Time Bread wasn’t going to taste as good as bread I spent all day baking, but really, it did.

The actual creation of the bread was a little touch and go…the dough seemed way more goopy than I thought it was supposed to be.  I failed to shape it into any sort of ball and basically poured the dough into our casserole dish.   I guess it was supposed to look like that though, because it turned out great.  Now I really want to make bread!  Until then, I’m so glad I have this easy, fast, yummy recipe on hand.