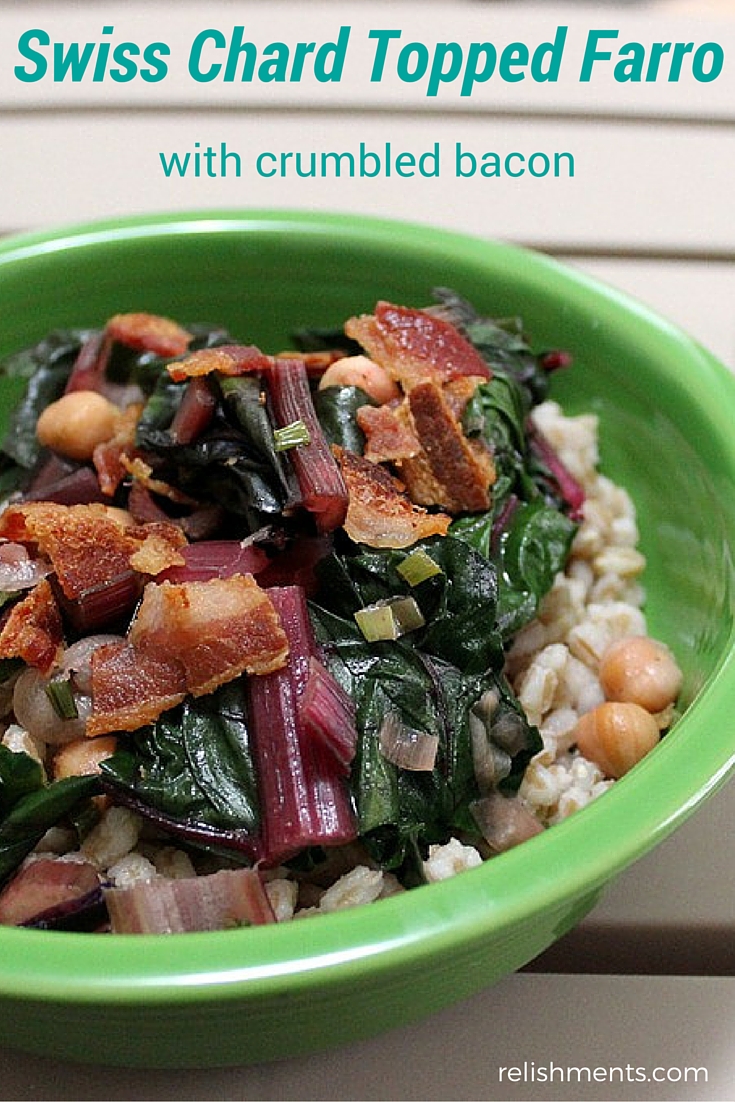 I’m trying to get back on the Grain of the Month bandwagon.  As you may recall, May was a failure, due to my inability to find whole sorghum and my disinterest in buying a whole bunch of other ingredients commonly used in gluten-free cooking.  This month, I’m determined to actually use the grain of the month and write a post about it before the end of July.

Luckily, this month’s grain is wheat.  Could there be anything simpler to put to use?  It seems like the perfect opportunity to put to use some of the farro recipes I have stored away.  I’ll talk more about it in my official Grain of the Month post, but I wanted to share this recipe I made last night.  In true Relishments tradition, I took Herbivoracious’ recipe for Farro with Collard Greens and Bacon Salt and de-vegetarianized it.  I already had bacon in the freezer; I don’t have any bacon salt (although it sounds fascinating!).  I also adjusted some of the other ingredients to fit what I had on hand.

The result was a filling, fairly healthy, delicious meal.  It was simple to cook, despite initial confusion about how to actually make the farro and a last minute trip to the supermarket for chickpeas.  We ate half of the recipe last night and reheating the remainder in a skillet for dinner tonight; it held up pretty well.  The crumbled bacon on top adds the perfect amount of saltiness and texture.  This recipe is fairly simple, which means you can easily switch out any of the ingredients (such as the bacon) and replace them with something else (such as olive oil and spices). 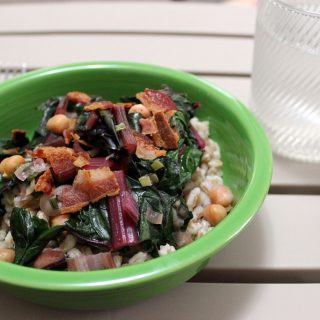 This recipe does not include the farro cooking time. To cook farro:
I purchased my farro from a bulk bin at a health food store; it came with no cooking instructions. I took some advice from the internet and cooked it in simmering water for 30 minutes, which I think was overdoing it for the variety I had. It came close to tripling in volume.
Your results may vary; hopefully you’ll have package instructions!

On a related note, I can never get over how colorful vegetables can be… 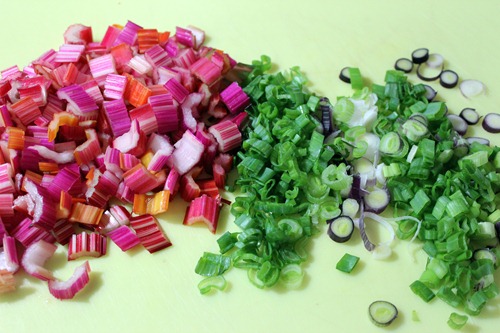