On Friday, Brian and I picked up our last CSA share until the regular season starts in May.  We’d had three pick ups since my January CSA update: 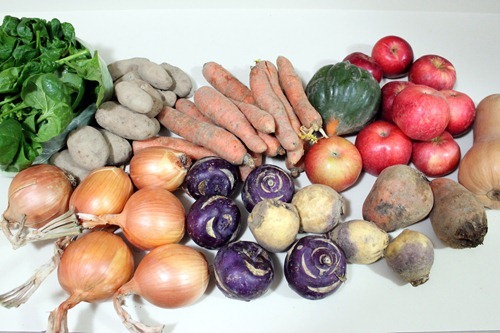 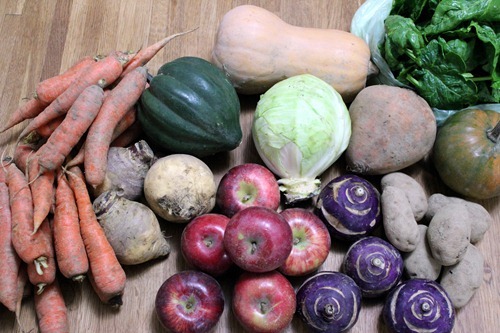 The results of the pick ups were pretty consistent: apples, beets, cabbage, carrots, eggs, kohlrabi, onions, potatoes, rutabagas, spinach, and/or squash.  Similarly, I haven’t been overwhelmingly creative with the ingredients.  The carrots and apples were added to lunches and most of the other root vegetables were roasted or sauteed in side dishes.   I don’t tell like I squandered opportunities though, I like them that way.

I did have a couple of good successes over the past couple of weeks: 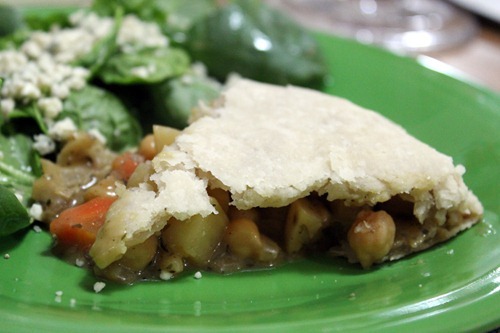 I had high hopes for this vegetarian chickpea pot pie which I created by combining several different recipes but surprised myself with how well it actually came out.  I’m still working on perfecting it, but stay tuned for the finalized recipe soon. 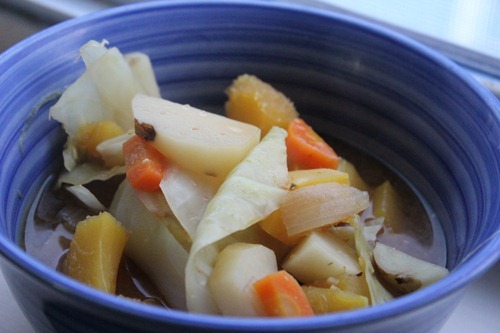 The other big success, which was mentioned briefly in my Saffron Road giveaway post, was Big Dinner Miso Soup.  Brian had attempted making it in November and, though the post doesn’t mention it, we ended up throwing the majority of it away.  It was pretty bad.  This time around we used green cabbage which Brian sliced instead of shredded.  Turns out this soup is actually pretty good.  You could certainly go smaller on the vegetable pieces, but I liked the heartiness they added.

It’s going to be a long 8 weeks without our CSA, but I’m looking forward to the weekly pick ups that come with the regular season.  Our vegetable consumption will go down slightly in the coming weeks because I’m really out of the habit of buying produce at the supermarket, but I’ll try not to let it slide too much.