As you may recall, Brian and I participated in our first CSA this winter, after sampling through our friends who already had shares.  Our winter share began in early November and we’ve picked up twice a month since then.  This weekend was the last pick up until the regular season starts in May and I’ve been doing a lot of thinking about it. 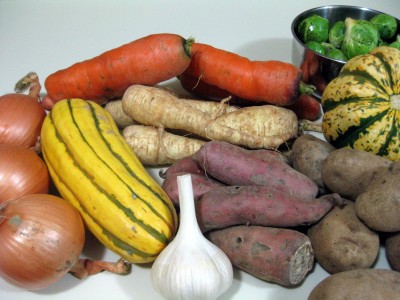 I never regretted spending the money for our share. The initial price tag may seem like a lot of money for produce, but once you’ve paid you’re set for the season and it’s like getting free food every pick up.

The CSA met the bulk of our produce needs for the winter. Our CSA also has eggs which means we haven’t bought them at the supermarket much either.  It was really nice to know that almost all our vegetables were local and organic.

We needed a bigger share. 10 items often lasted us just over a week, but pick up was every other week.  We’re opting for the next size up in the summer.

Don’t sign up for a winter share (at least around here) if you don’t like root vegetables or squash. Amazingly, I never did get tired of potatoes, squash or turnips.  Plus, I tried out new things: rutabagas, parsnips, beets, chard and brussel sprouts.

Creativity is important. There’s not a lot of variety from week to week in a winter share.  If you don’t want to get bored, creative uses for the food are a must.

Some of the produce has been sitting in the root cellar for a while already. I was a little surprised when some of our squashes went bad because I thought they’d last a really long time.  Brian then reminded me that they’d been sitting at the farm for months since harvest before we’d picked them up. 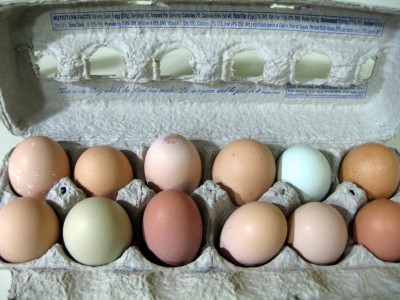 Whether or not we’d do it again wasn’t a question Brian and I spent much time pondering.  We signed up for a full year’s share (regular season + next winter) in January as soon as sign ups opened.  I’m really looking forward to the variety summer is going to bring; it’s going to be a long 2 months until the season starts!